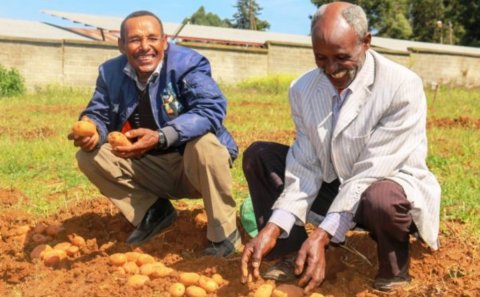 Potato is important to food security and a cash crop in Ethiopia with high potential to improve the livelihoods of small-scale farmers, who account for 83% of the total population and hold 95% of agricultural land.
Potato Supply chain
Read more
Ethiopia
Agricultural Statistics Africa
Consumption Statistics Africa