Georgia announced in 2017 that its potato production had reached a level of 250.000 tonnes of potatoes, an amount that makes the country 100% self-sufficient for potatoes. This reduces the dependency of the country on import and creates opportunities for export.

Georgia suffered a food crisis in the early nineties, hence it should not come as a surprise that the country considers development of its agriculture a top priority.

In the country’s Northwestern and Southern regions, the area used for potato cultivation varies between 38.000-40.000 ha annually, but productivity is low. In fact, with potato yields ranging from 8.9 to 12 t/ha (average data of the last ten years), Georgia is among the countries with the lowest yield.

In general, production is only three or four times higher than the amount of seed planted. Hence, there are opportunities for improvement. 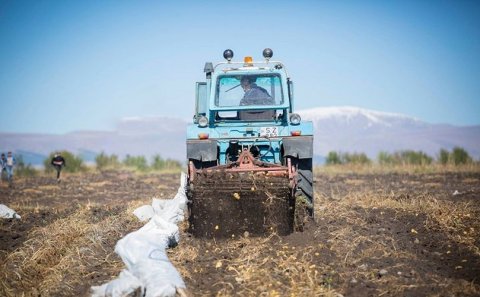