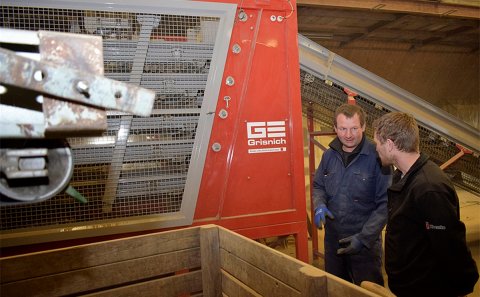 Tolsma-Grisnich potato grading machine; you could tie a cow to it…