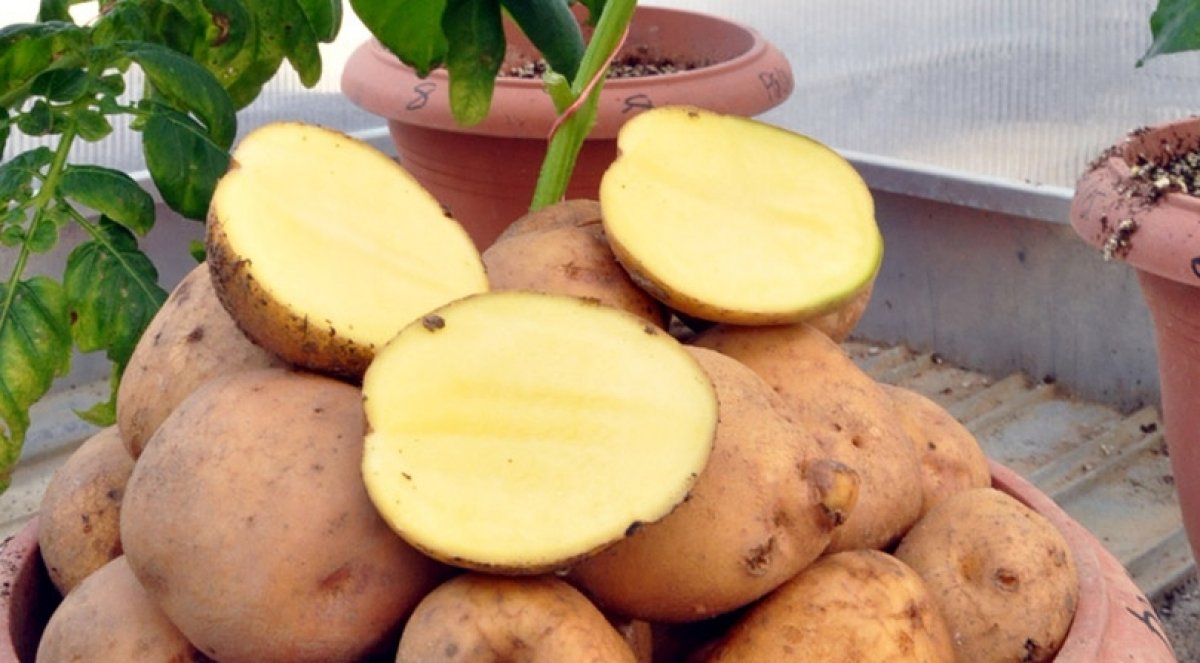 Prof. Dr. Güngör Yılmaz of the Gaziosmanpaşa University (GOI) Faculty of Agriculture is carrying out a study that will lead to the registration of a new yellow-flesh potato variety called "Allah diyen sarisi" that may be grown without irrigation due to its exceptional drought-tolerance.

The variety which is grown in Tokat, which is situated in the mid Black Sea region of Anatolia. Work on the breeding and registration of the new variety is being carried out in the Gaziosmanpaşa University Faculty of Agriculture with the support of the Scientific and Technological Research Council of Turkey (TUBITAK).

Gaziosmanpaşa University (GOI) Faculty of Agriculture, Prof. Dr. Güngör Yılmaz made a statement to an Anadolu Agency correspondent, in which he explains that studies are being conducted into registering the “Allah diyen sarisi” variety which is being grown in a village in the Niksar district of Tokat.

Yilmaz explains that the inside of the potato is yellow, it is rich in protein, delicious and is a variety that can be grown with rainfall, “Under normal conditions it is not possible to grow potatoes without irrigation, but this variety is more resistant to drought than others. Because it is grown without irrigation, the need for fertiliser is also minimal." 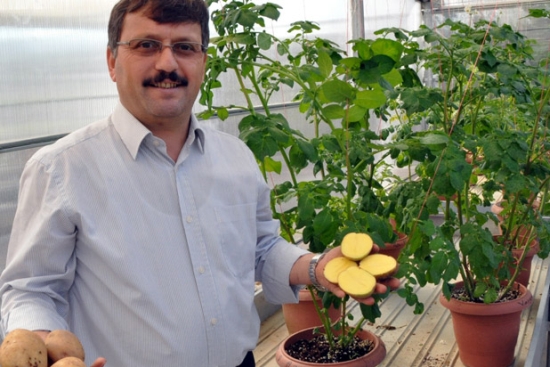 Yilmaz also considers that if an organic potato market can be established, in Turkey, “Allah diyen sarisi” would be the most superior candidate for organic potatoes.

Yilmaz explains about the intensive studies being carried out on potato breeding, as a TUBITAK supported project, “Our different crossbreeding programs have different combinations. One of these was to improve the local variety the “Allah diyen sarisi”. We are trying to transfer genes from three different parents for it. We are crossbreeding different parents to create better resistance to drought. Potato wart, potato cancer, is a very serious disease, a disease which is threatening potato farming in Turkey and in the world. Our program to make “Allah diyen sarisi” more resistant to this risk in the future continues.”

Prof. Dr. Yilmaz, states that serious money is spent on sourcing seeds from abroad and an effort needs to be made in Turkey to reduce dependence on potatoes from abroad: there are many varieties in the country but the breeding improvement of almost all of them was developed by foreigners. In Turkey in general, little work is done on breeding improvements, Yilmaz points out, “One of those working on it is our faculty. “Allah diyen sarisi” is one variety that we are working on registering, but with the support of TUBITAK we are hoping to add more varieties to the national list in the coming years. We submitted it to the Food, Agriculture and Livestock Ministry of Seed Registration and Certification Centre in 2014. Tests are carried out there for two years. We think it will be registered in the first quarter of 2016. It will be one of the first indigenous varieties developed by Gungor Yilmaz and team.”

Yilmaz underlines that the indigenous varieties will be for producers in Turkey, “When the variety comes from abroad, the company does not give us breeding methods, if the varieties’ copyright is ours, then a company in our country, public or private, will produce the basic seed here. Currency exchange which would have gone abroad will remain here.”

Yilmaz added that the manufacturer will provide the production and improvement of native seeds, which in turn will decrease the cost of the seed as well as providing economic benefits.
Source
Freshplaza / TRT-Turk / Haber7
Related Companies
No brands in this view
Related Topics
Potato Supply chain
Potato Varieties and Seed
New Potato Varieties 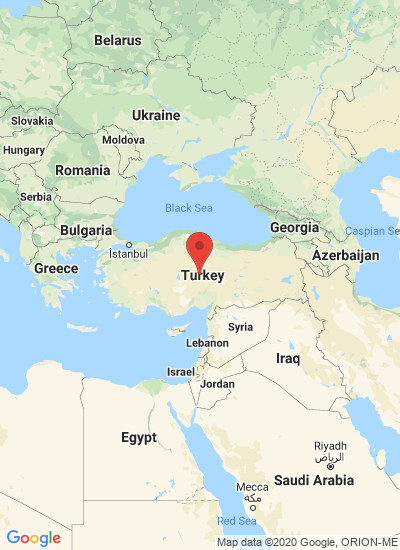