The Lay's Do Us A Flavor finalists: Crispy Taco, Everything Bagel With Cream Cheese and Fried Green Tomato Chips

The Lay's Do Us A Flavor finalists: Crispy Taco, Everything Bagel With Cream Cheese and Fried Green Tomato Chips

Get your taste buds ready because three of America's favorite dishes are about to be transformed into Lay's newest potato chips for your snacking pleasure.

After crunching through millions of fan submissions, Lay's, one of the marquee brands from PepsiCo's Frito-Lay announced today the three finalist flavors of the "Do Us a Flavor" contest.

It will take only one bite to realize how similar these flavors are to the dishes themselves, staying true to the ingredients and inspiration provided by the finalists.

“We're excited to honor these 'Do Us a Flavor' finalists by bringing their great flavors to life on Lay's potato chips.”

“After four contests, our fans continue to amaze us with their creativity and passion, which both clearly come through in this year's flavors.”

“Each of this year's finalist flavors is a delicious expression of the dish and story that inspired it, and we're looking forward to having America decide which one will come out on top.”

Try all three and vote for your favorite flavor!

From July 24 through October 8, Lay's is asking fans to try all three flavors and vote for their favorite for a chance to win prizes every day.

They can then have a chance to win fun, flavor-themed prizes.

Starting July 30th, all three finalist flavors will be available for purchase throughout the United States.

So try all three and vote for your favorite flavor! 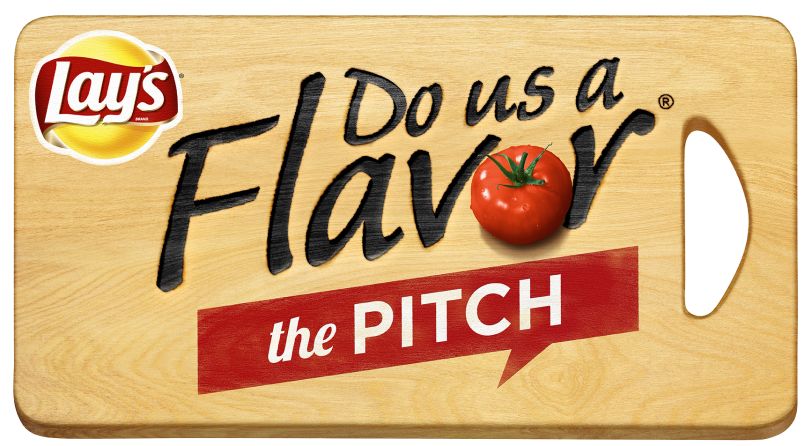 Do Us a Flavor: the PITCH

To submit a flavor for this year's contest, fans nationwide were asked to simply "pitch" their best Lay's potato chip flavor ideas and the inspiration behind it through a photo, video and/or written description to bring the idea to life.

The three finalists and their mouth-watering flavors are:

Everything Bagel with Cream Cheese 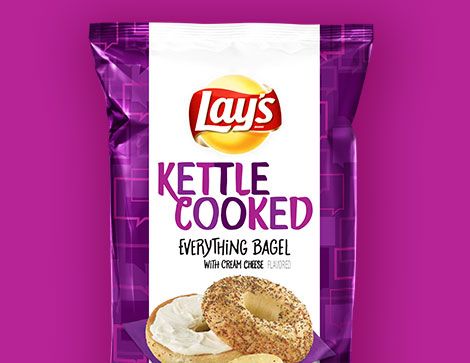 Lindsay Hoffman realized her calling while sitting in her kitchen in Gainesville, Fla. on a Wednesday morning.

With this chip idea, she could finally combine her morning ritual, favorite breakfast meal and her favorite leisure activity of eating Lay's potato chips into a single bite – can't get much better than that. 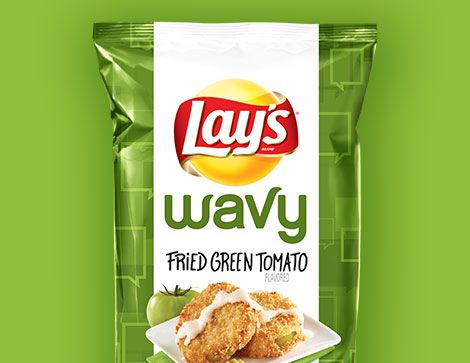 Gregory Pope gets nostalgic when he thinks back to his family get-togethers in Georgia where fried green tomatoes - salted and peppered - were always the centerpiece of their meals. 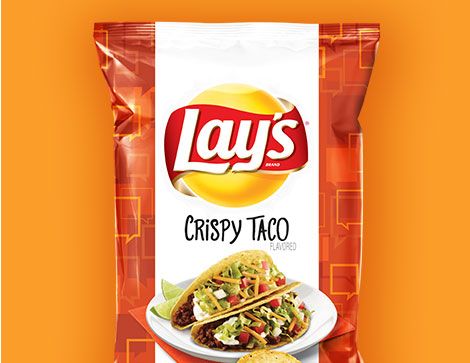 Ellen Sarem began to perfect her taco recipe when she first met her now-fiancé because it happens to be his favorite dish.

Although her first attempt was a disaster - with no salsa or cheese - she is now able to share her flavorful technique with the world through a Lay's potato chip.

Are you curious about the flavors that just missed the final? Lucky for you Lay's published this year for the first time the ten SEMI-finalists:

Find out the flavors that just missed the final...

Do Us a Flavor History

In July 2012, the Lay's brand launched its first "Do Us A Flavor" contest in the U.S., which resulted in Lay's Cheesy Garlic Bread submitted by Karen Weber-Mendham, a children's librarian from Land O'Lakes, Wis., being selected as the first million-dollar winner.

The contest returned to the U.S. for a second time in Jan. 2014, which resulted in Lay's Kettle Cooked Wasabi Ginger submitted by Meneko Spigner McBeth, a nurse from Deptford, N.J., as the second grand-prize winner.

And in January 2015, the third installment began, which later crowned Lay's Southern Biscuits and Gravy the winner.