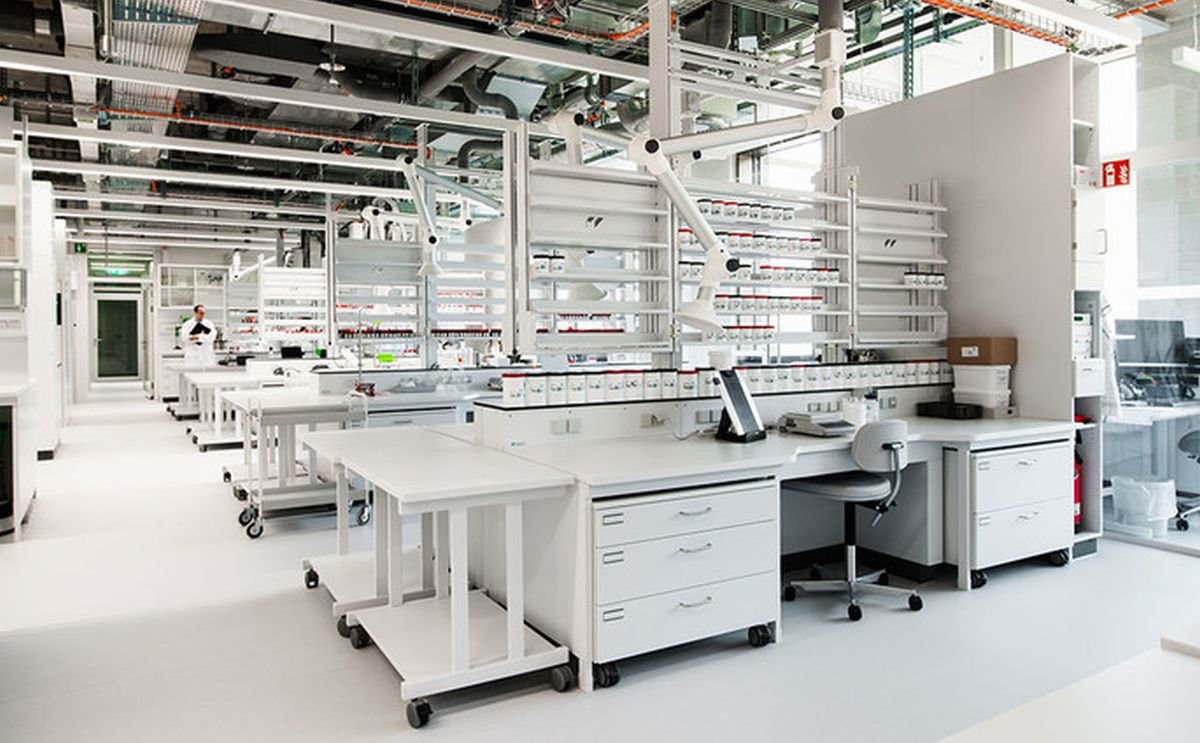 Givaudan, the world’s leading flavors and fragrances supplier, has officially inaugurated its new flagship Innovation Center in Kemptthal, Switzerland. The move is aimed at accelerating its global efforts in creating differentiated and sustainable flavor, taste and fragrance solutions for the food & beverage and beauty, personal and home care industries.

The CHF120 million center (US$120 million), the company’s largest investment in research to date, is part of a global innovation ecosystem designed to leverage the company’s broad expertise in flavors, fragrances, active cosmetic ingredients and natural solutions, and enables close collaboration and co-creation with its customers, partners and start-ups.

“Building on our 250 years pioneering heritage, our new flagship center is the latest example of Givaudan’s strong innovation culture.”

“As the newest addition to Givaudan’s vast network of research and creation centers, the Zurich Innovation Center will act as a key enabler to deliver breakthrough science and technology solutions for our customers while tackling the industry’s most pressing challenges.” 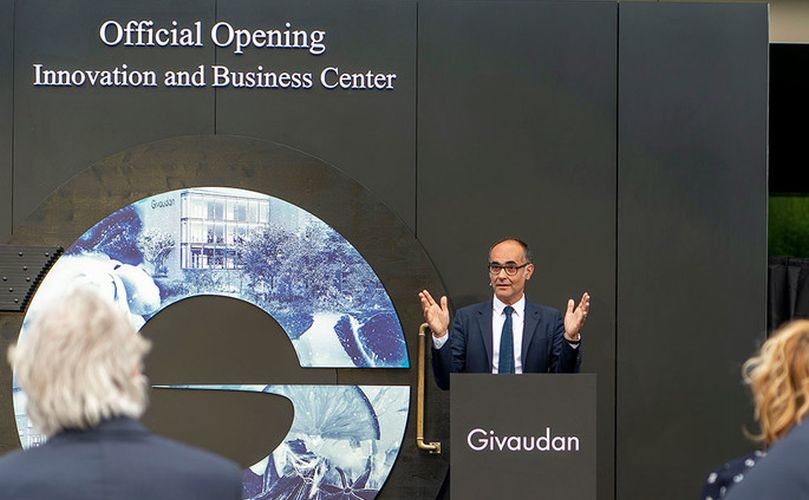 'Building on our 250 years pioneering heritage, our new flagship center is the latest example of Givaudan’s strong innovation culture'

Creation and application related capabilities available at the center include unique sensory and consumer insight tools and SPRINT fast prototyping methodology, to drive speed and efficiency in new solutions and enable the Company to predict and plan for future consumer trends.

“At the Innovation Center we will be taking new ideas and leveraging our market leading knowledge and expertise across our ingredient portfolio, to scale them up and create innovative new solutions for our customers, quickly and efficiently.”

“We will focus on a wide variety of ingredients, particularly those that are linked to naturals, health and well-being and sustainability.”

As part of Givaudan’s sustainability approach, A Sense of Tomorrow, the building is one of the first facilities in Switzerland to receive a gold certificate from Leadership in Energy and Environmental Design (LEED), the world's most widely recognized green building certification system.

It fosters healthy, enjoyable and productive work through user-oriented workplace design that reduces water and energy consumption and improves environmental and economic efficiency by up to 45 percent.

The official opening ceremony took place on June 14, 2019, in the presence of 130 participants including Martina Hirayama, State Secretary for Education, Research and Innovation, along with Givaudan’s executive management members, customers and partners.

Health & wellness and natural opportunities will be particularly assessed at the new center. As a result, one of the new solutions that the company has developed, for example, are clean label flavor delivery systems.

“As consumer attitudes evolve, consumers are becoming more interested in health and wellness and naturals.”

“Flavors often require a carrier for applications in dry form, such as tea, dry soups and snack seasonings. We are using nature to resolve the challenge by using seeds as carriers to encapsulate natural flavors. This is a recently patented technology that Givaudan has developed.”

“With the Innovation Centre and our global innovation ecosystem, we will continue to lead the industry in tackling the most pressing challenges to the future of food. For example, consumer attitudes toward ingredients, origins, labeling, authenticity, sustainability and health and wellness have significantly evolved in recent years—in both developed and developing markets.”

“With our meat analog platform, for example, we can provide solutions with exceptional meaty taste that also responds to sustainability and health and wellness trends.” 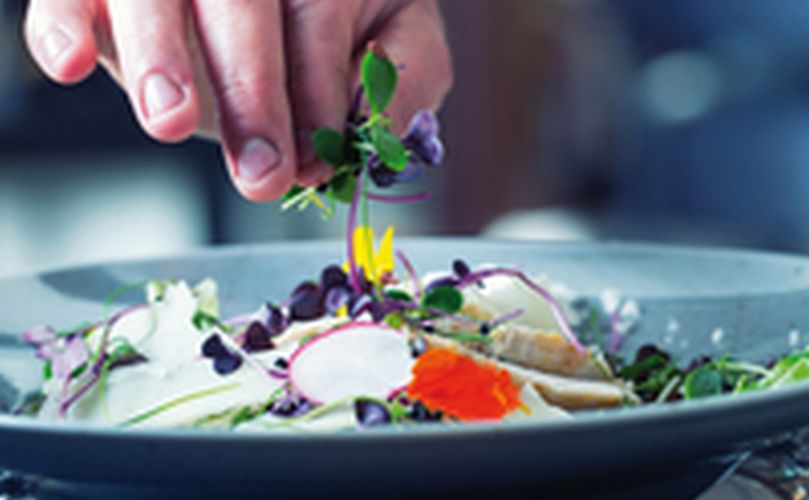 Last month, Givaudan reached an agreement to acquire Golden Frog, a Vietnamese flavor company, for an undisclosed sum. The move comes as part of the Swiss manufacturer of flavors and fragrances’ 2020 strategy to strengthen its capabilities in naturals and its presence in the high growth markets of Asia Pacific.

In February, the manufacturer opened a new flavors facility in Pune, India. The CHF60 million (US$59.8 million) plant is the company’s most significant investment in India to date.

And earlier this month, Givaudan’s interest in Asian market expansion was underscored by its investment in China Food Tech Hub – a consortium of multinational food companies, agricultural processors, flavor houses and biotech firms, each looking to grow their established presence in the Chinese market and increase their cooperation with early-stage food tech companies.

Givaudan has evolved far beyond its roots to identify itself around the more holistic concept of “taste” rather than mere “flavor” alone. In March 2018, it emerged that Givaudan had entered into an agreement to acquire 40.6 percent of the shares of Naturex. In September 2018, Givaudan completed the acquisition of Naturex, following the implementation of a squeeze-out procedure.

The deal valued the French-headquartered supplier at around €1.3 billion (US$1.61 billion). Similarly, in May 2018, Givaudan acquired the world player in natural extracts, Centroflora Nutra, which contributed CHF4 million of sales at the closing of Q1 2019.

At IFT 2019 in New Orleans, Naturex (now a Givaudan company) presented their Turmipure Gold solution. The ingredient is claimed to elevate turmeric to the next level by being instant water dispersible, 100 percent clean label and organic. It has a neutral taste a beautiful color, is very easy to formulate in beverages. It is also clinically proven to be more bioavailable than standard turmeric 95 percent curcuminoids at a low 300mg dose.

At IFT 2019, the company presented several plant-based concepts to highlight the diversity of their portfolio and also how the taste masking properties of Givaudan’s flavors business can now be used to optimize the flavor of plant-based nutritionals.
Source
Givaudan | Foods Ingredients First
Related Companies
Givaudan SA

Givaudan is a leading supplier in the fragrance and flavour industry with a rich heritage.  In 2008, the company achieved sales of CHF 4,087 million, with a work force of 8772 employees and subsidiaries in 46 countries.
Read More
Related Topics
Ingredients
Additives 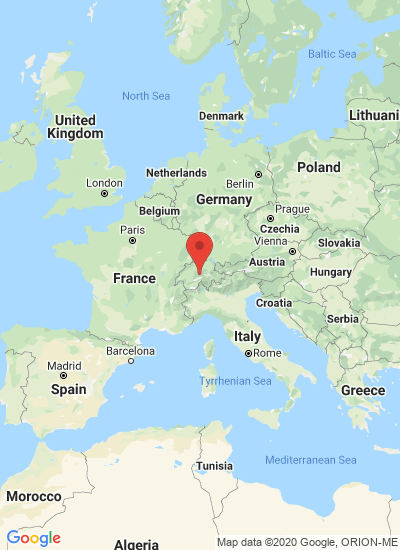