Azerbaijan became part of the Russian empire in 1828 and was a Soviet republic from 1920 to 1990. During that time, rice - which had been traditionally cultivated in the foothills of the Caucasus mountains - gave way to potato (known as kartoşka) in both agriculture and Azerbaijani cuisine.

Today, Azerbaijan continues to expand its potato production. Since 1992, the area under potato has tripled, while yields have more than doubled. As a result, the national harvest grew from 156 000 tonnes at the beginning of the 1990s to a record 1.1 million tonnes in 2006, only slightly less than wheat production (rice output in 2006 was just 5 000 tonnes).

Potato yields average around 17.5 tonnes per hectare, but improved management techniques recently introduced by experts from Israel have boosted output to more than 50 t/ha in some areas. Azerbaijanis currently consume around 82 kg of potatoes per capita per year and, to meet demand, the country recently increased imports of potatoes - from Russia. 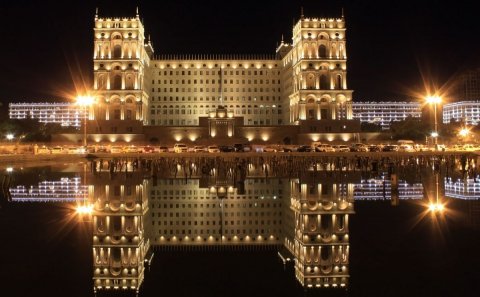 Other Regions in Azië :