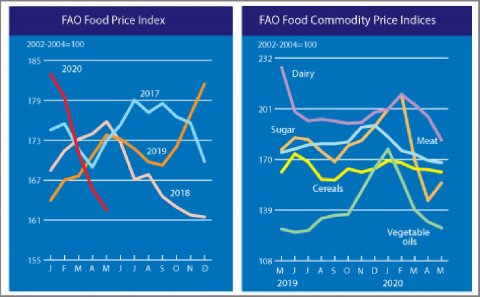 The FAO Food Price Index drops to a seventeen-month low