Potatoes were introduced to Tanzania in the 1920's by German mission stations in the Southern Highlands of Tanzania (then the German colony of Tanganyika), where local farmers began cultivation in small scale gardens.

Other variety introductions likely arrived via Kenya and Malawi as farmers designate older local varieties by the names of these countries.The potato made it possible for farmers to move their cultivation to higher altitudes. 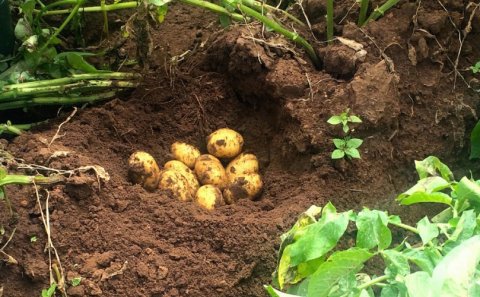 Potato farmers in Tanzania are urged to use Mechanization