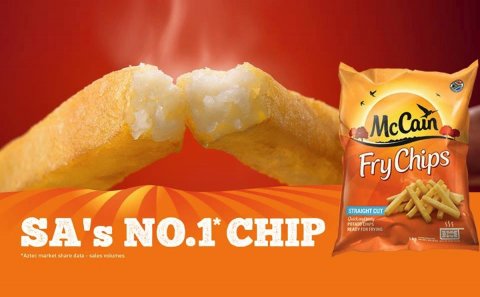 McCain Foods South Africa claims in this advert that it produces the country's 'number one' chip. However, the Advertising Regulatory Board (ARB) told them to remove the ads with immediate effect because the claim is simply not true.
Zuid Afrika
French Fries and Potato Specialties
Landbouw Statistieken Zuid Afrika
Consumptie Statistiek Zuid Afrika