The PITCH: Lay's latest 'Do Us A Flavor' iteration in the United States asks you to PITCH your favorite Potato Chip Flavor 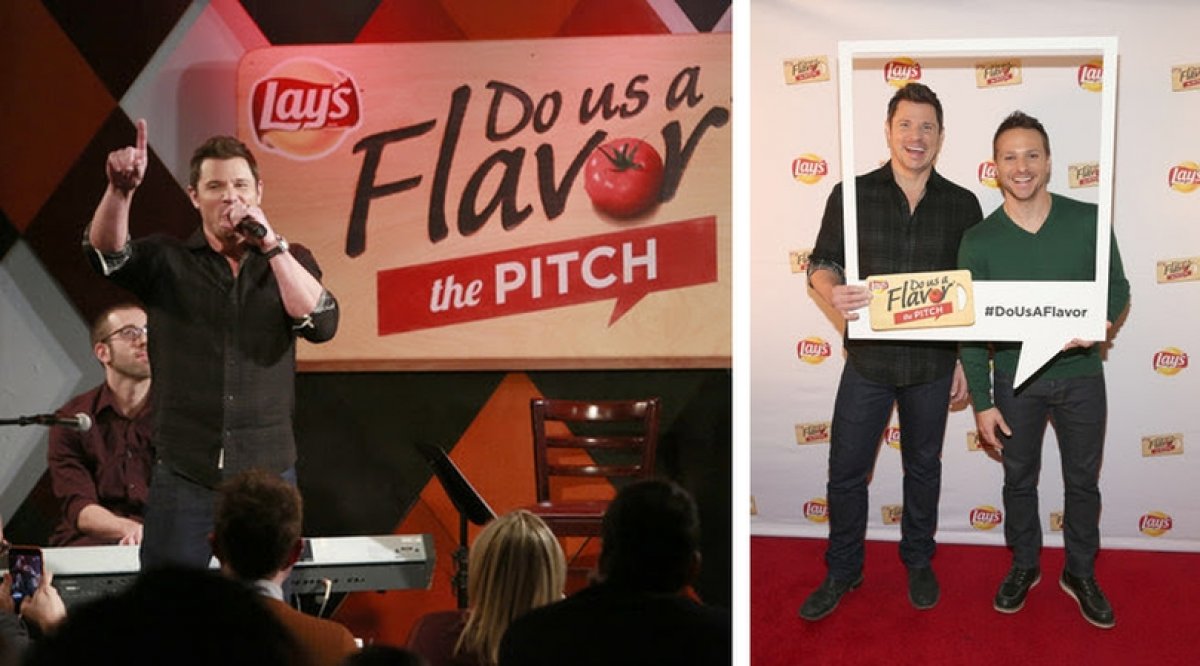 Multiplatinum recording artists Nick and Drew Lachey pitch their flavors to a live audience at Carolines on Broadway, announcing Lay's Do Us a Flavor 2017 Monday, Jan. 9, 2017 in New York. The latest installment, The Pitch, invites fans to simply pitch the inspiration behind their best flavor ideas. Fans can submit their pitches starting today at Lays.com.
(Photo by Mark Von Holden/Invision for Lay's/AP Images)

Nearly everyone has a great flavor idea for potato chips.

And perhaps your idea is good enough to become the newest flavor for Lay's potato chips worth a whopping $1 million.

After all, a select few have been lucky enough to see their potato chip flavors come to life already.

Lay's, one of the marquee brands from PepsiCo's Frito-Lay division, is once again giving people the chance at $1 million by bringing back the iconic "Do Us a Flavor" contest and asking fans for their flavor ideas and the story or inspiration behind them — all in a flavor-packed pitch.

Helping Lay's celebrate the personalities behind the flavors is TV personality and multiplatinum recording artist Nick Lachey, known for his flavorful personality and love of local flavors and cuisines with his restaurant and bar in Cincinnati. Lachey, a fan of the "Do Us a Flavor" contest throughout the years, helped surprise the four finalists and award the winner in 2015.

In its fourth year, the latest installment of the contest - "The Pitch" - asks fans nationwide to simply "pitch" their best Lay's potato chip flavor ideas and the inspiration behind it through a photo, video and/or written description to bring the idea to life.

Fans are encouraged to visit www.Lays.com to submit their flavor ideas.

"Our fans live flavorful lives, full of delicious tastes and rich personal experiences, which have translated to interesting and innovative chip flavor ideas throughout the years."

"These incredible flavor ideas were created by everyday fans, each with their own flavorful story.”

To kick off this year's contest, the Lay's brand teamed up with Lachey and his brother Drew for a one-night-only event in New York City that involved some friendly sibling competition.

To inspire submissions, the talented Lachey brothers held a "pitch-off" – bringing flavors to life on stage through song and dance.

"After meeting the four finalists from the last 'Do Us a Flavor' contest, I was able to see the passion that lies behind these delicious flavor submissions.”

“These ideas don't come out of thin air – everyone has a story to tell about how they were inspired and there are so many fun and creative ways to do that.”

“With 'The Pitch,' fans now have the exciting chance to tell their stories like never before - they literally have the chance to pitch why their flavor should be the winner."

Now through March 19, fans can submit their flavor suggestions on Lays.com.

To submit, fans will be asked to "pitch" their flavor idea through a video, photo and/or a written inspiration. Submissions will also include the flavor name, up to three ingredients and optional bag customization.

Similar to past years of "Do Us a Flavor," a judging panel made up of chefs, foodies and flavor experts will narrow down the semifinalists to three finalist flavors that will be fully developed by Frito-Lay's culinary experts and brought to market this summer.

Once the finalist flavors are announced, it will be up to fans to vote and decide which flavor is worth $1 million. The winning flavor — as determined by fan votes — will be revealed in the fall.

Semi-finalists will receive $10,000, and the two runner-up finalists will each win $50,000 in prize money. The grand prize winner will take home $1 million — to help make their life even more flavorful.

Do-Us-a-Flavor History in the United States

In July 2012, the Lay's brand launched its first "Do Us A Flavor" contest in the U.S., which resulted in Lay's Cheesy Garlic Bread submitted by Karen Weber-Mendham, a children's librarian from Land O'Lakes, Wisconsin, being selected as the first million-dollar winner. 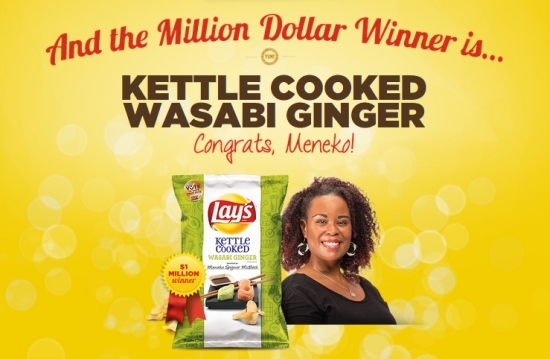 The contest returned to the U.S. for a second time in Jan. 2014, which resulted in Lay's Kettle Cooked Wasabi Ginger submitted by Meneko Spigner McBeth, a nurse from Deptford, New Jersey, as the second grand-prize winner. 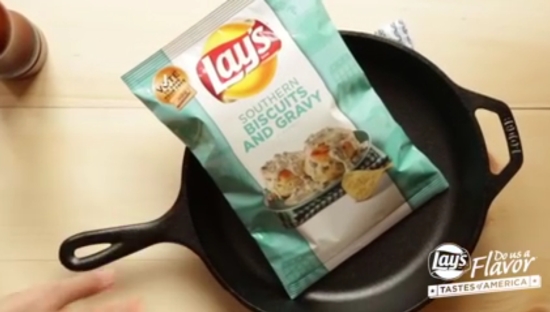 PepsiCo is one of the world's leading food and beverage companies with over $65 billion in net revenue in 2012 and a global portfolio of brands, including several savory snack brands.
Read More
Lays

Lays is one of the many Frito-Lay brands.
Read More
Related Topics
Chips and Snacks
Potato Chip flavours