PEI Potatoes 'Made To Enjoy' 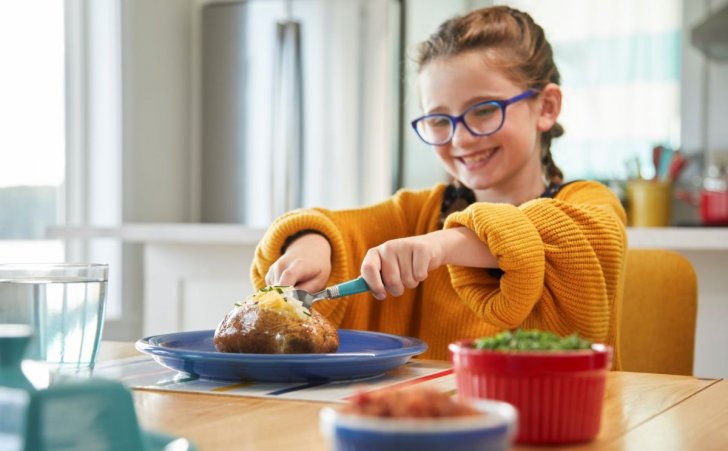 PEI Potatoes 'Made To Enjoy'

PEI Potatoes will be on the small screen once again this year, with a brand new message and commercial. 'Made to Enjoy' is a new approach for PEI Potatoes, aimed more at the end consumer than our previous campaigns.

It is fresh, features children, and focuses on the final product while using humour to deliver the message.

The commercial features the young protagonist plotting revenge on her pesky nemesis, who has been tormenting her with his slingshot. She develops and builds a “potato launcher” to enact her revenge, but realizes she could never waste a delicious PEI potato.

Our hero realizes the best use of a PEI potato is on her plate as she contently dives in to a mouthwatering PEI baked potato.

“It's an entirely new direction that we’re very excited about. It’s timely and speaks to those cooking at home more, which we know is growing due to our changing times.”

This new 30 seconds spot was shot by Furrow Creative on PEI in the fall of 2020 using Island actors Morgan Saunders and Ben Docherty. The direction was brought to the next level with the inclusion of accomplished director, Brent Foster.

It will air on TV in PEI, and is featured in an online campaign in our main markets, Ontario and Atlantic Canada from Jan 18 – March 14, 2021.

If you would like to view this year’s version of the 30 seconds spot, you can find it below:
(Click picture to watch video)

Click picture to watch this year’s version of the: 30 second spot

The winners will receive a Culinary Prize package, complete with a Meyer Canada pot, and is valued at CAD 250.

In addition, anyone can visit www.madetoenjoy.ca for their chance to win the Grand Prize of a trip for 2 to attend PEI's Fall Flavours Culinary Festival.

The timing of the grand prize fulfillment is dependant on COVID-19 protocol; the prize will only be fulfilled when travel is deemed safe by our Chief Public Health Officer.

The PEI Potato board thanks Tourism PEI and Meyer Canada for their participation, as well as TechnoMedia for their assistance putting it all together.
Источник
Prince Edward Island Potatoes
Хотите получать подобные новости по электронной почте? Присоединяйтесь и подписывайтесь!
Соответствующие Компании