Although potatoes have been grown in Ukraine since the 18th century, the crop adapted slowly to the Ukrainian climate and was initially used mainly to produce starch and alcohol. It was only during the 20th century that the crop came to be widely cultivated for food, to the point that it now revered as the country's "second bread", and potato-filled perogie dumplings are a favourite national dish.

Ukraine is the world's No. 5 producer of potatoes, after China, the Russian Federation, India and the United States, and consumes per capita a very high 136 kg a year. Around half of the country's 1.5 million hectares of potato farms are located on the black soils of the forest-steppe zone in central Ukraine, although the best yields are obtained in the Polesye wetlands of the north.

Production in 2004 reached a record 20.7 million tonnes, with average yields of around 13 tonnes per hectare. Despite its great production volumes, however, Ukraine is not a potato exporter: a large part of the crop is lost each year to pests - mainly the Colorado potato beetle - and inadequate storage. (Source: International Year of the Potato) 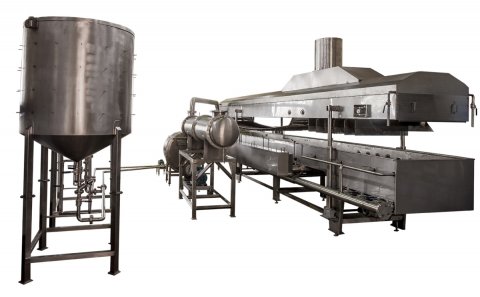