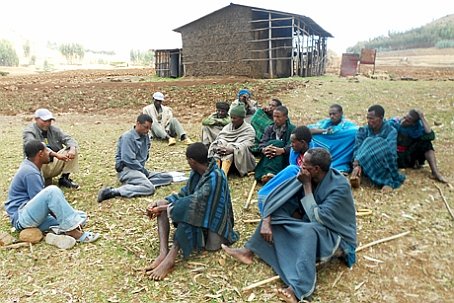 Potato may help feed Ethiopia in era of climate change

Semagn-Asredie Kolech, a Cornell doctoral candidate in the field of horticulture, studies the potato and bridges the tradition of Ethiopian farming with the modernity of agricultural science.
Lees meer
Ethiopia
Landbouw Statistieken Ethiopië
Consumptie Statistiek Ethiopië