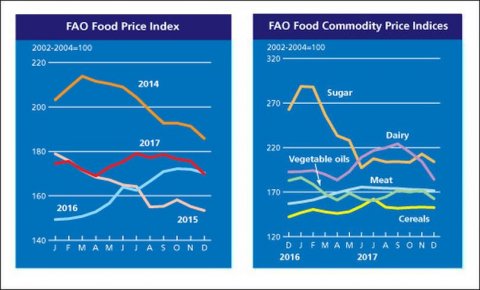 The FAO Food Price Index (FFPI) averaged 169.8 points in December 2017, down 5.8 points (3.3 percent) from November with the steepest declines registered in the prices of dairy, vegetable oils and sugar while those of cereals and meat also fell but only slightly.
Ingredients
Lees meer
Italy
Landbouw Statistieken Italië
Consumptie Statistiek Italië