The northern extensions of the Andes in western Venezuela are home to some 20 species of wild potato and account for most of the country's potato production. In subsistence farming areas between 2 000 and 2,500 m, the potato is the main cultivated crop, while commercial production is concentrated in hilly areas of the state of Lara.

Potato output has grown steadily since the 1960s, and nearly doubled between 1990 and 2007 to a record 450 000 tonnes. Almost all of Venezuela's potatoes are fresh marketed, prompting government efforts to diversify production to varieties suitable for processing. Although per capita consumption is a low 12 kg a year, demand was sufficient to require imports of more than 80 000 tonnes of raw and processed potato in 2005.

Culivation in the high Venezuelan Andes is threatened by the loss of potato genetic diversity adapted to the region's climatic and ecological conditions. An ongoing programme is encouraging farmers to produce disease-free seed potatoes using local varieties. (Source: International Year of the Potato) 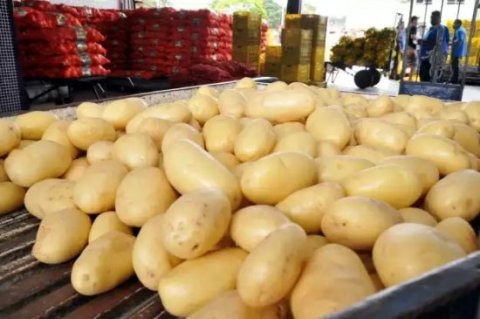