In India, the aloo is not primarily a rural staple but a cash crop that provides significant income for farmers: the value of the 2005 harvest is estimated at $3.6 billion and exports totaled about 80 000 tonnes that year.
(Click to enlarge) 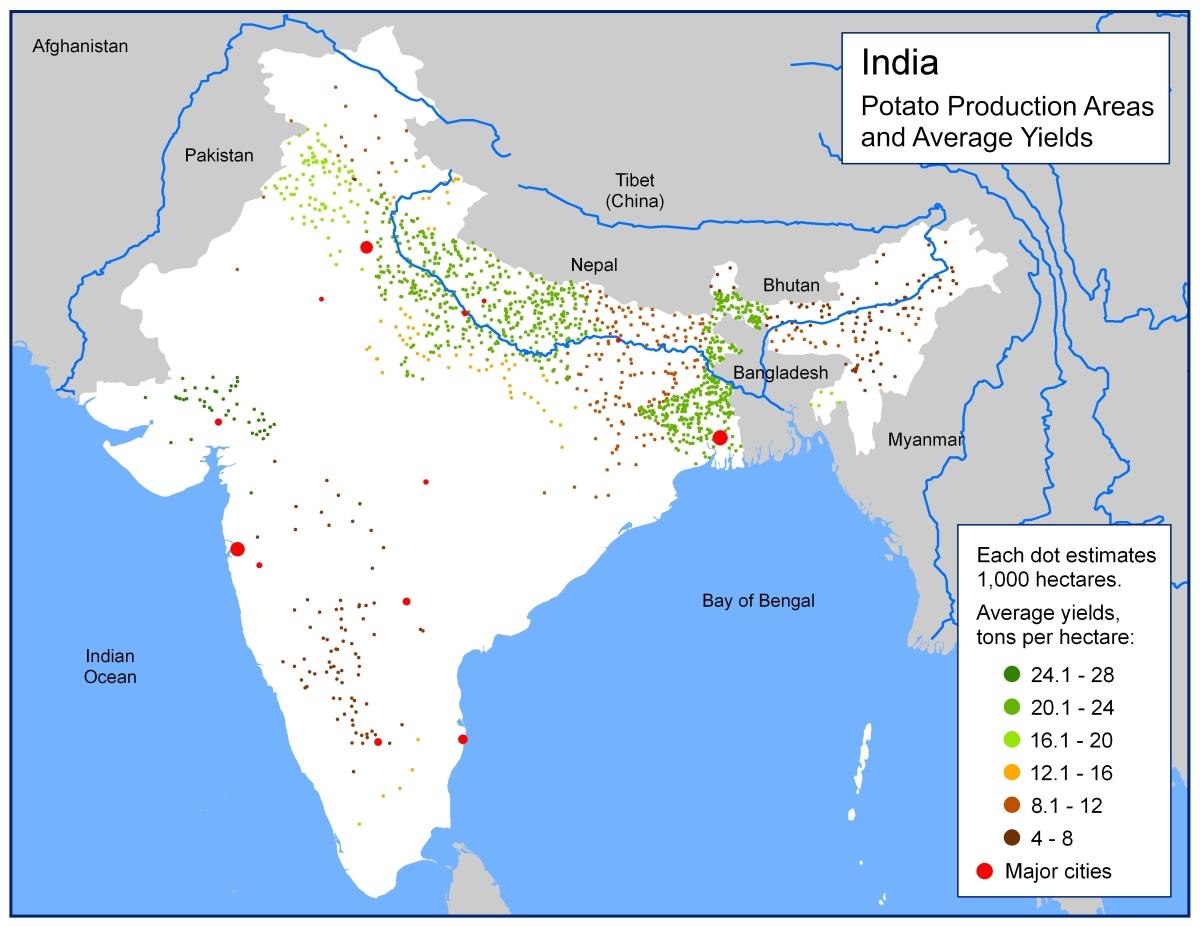 India's top potato growing states - states counting for more than 1% of the national production, shown below - are included in PotatoPro as a separate region.
Agricultural Statistics India
Consumption Statistics India