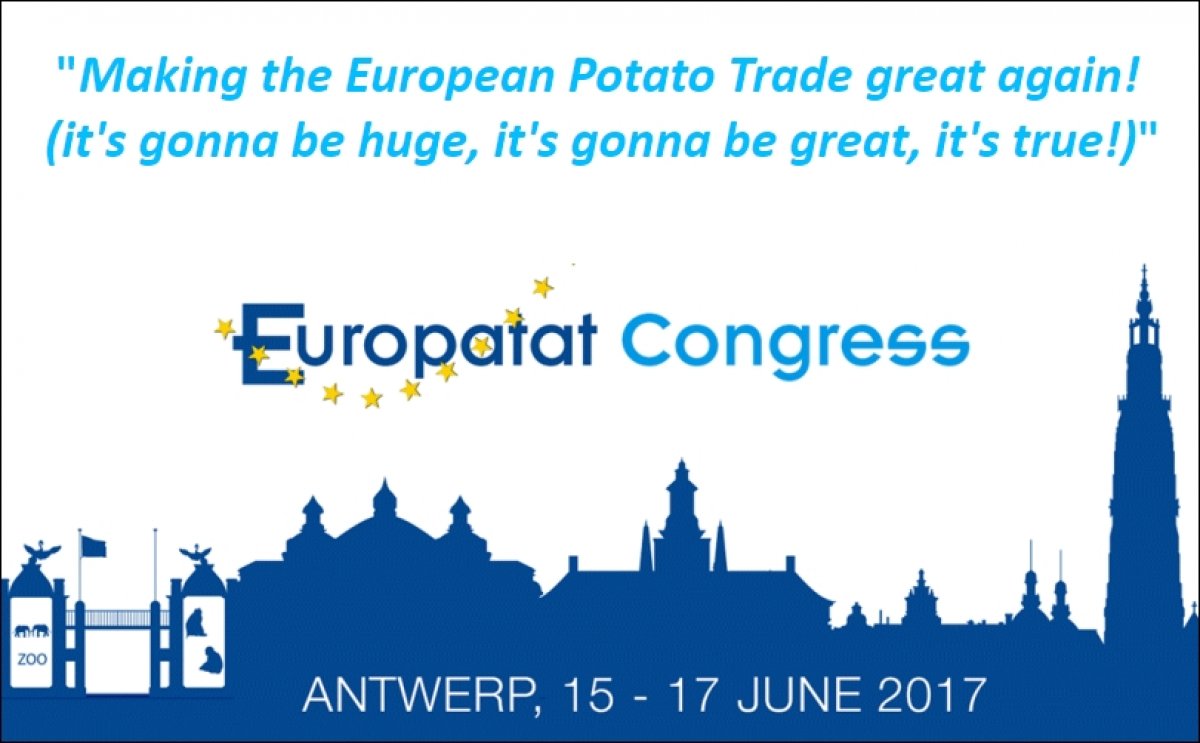 Belgapom, the Belgian Potato Traders and Processors, and Europatat, the European Potato Trade Association, are pleased to confirm the dates for the annual Europatat Congress, that this year will take place in Antwerp (Belgium) from 15 to 17 June 2017, at the beautiful Radisson Blu Astrid Hotel, located in the city centre of Antwerp.

Among the keynote speakers are Harry Arijs (European Commission, DG SANTE) and Cedric Porter (World Potato Markets) who will talk about the new European plant health Directive and the Brexit effect on trade respectively, and its impact on the potato sector. Further speakers will be announced soon.

“We are delighted to be part of the organisation for the 2017 Europatat Congress that will be held in Antwerp, this major port city on Belgium’s River Scheldt, at the heart of European trade.”

“As a well established event, we hope to bring plenty of new stimulation and thought provoking ideas to the potato sector and its professionals.”

The congress will bring together the key decision makers in the European potato sector, and besides the professional working programme, it will also offer several social events (including a visit to the brand new building of the Port of Antwerp), organised to reinforce the networking and contact among the European potato community.

Participants will have the chance to review the different activities of Europatat during the meetings of the various Europatat Commissions (early potatoes, ware potatoes, and packers on the one hand, and seed potatoes, technical and regulatory issues, and RUCIP on the other).