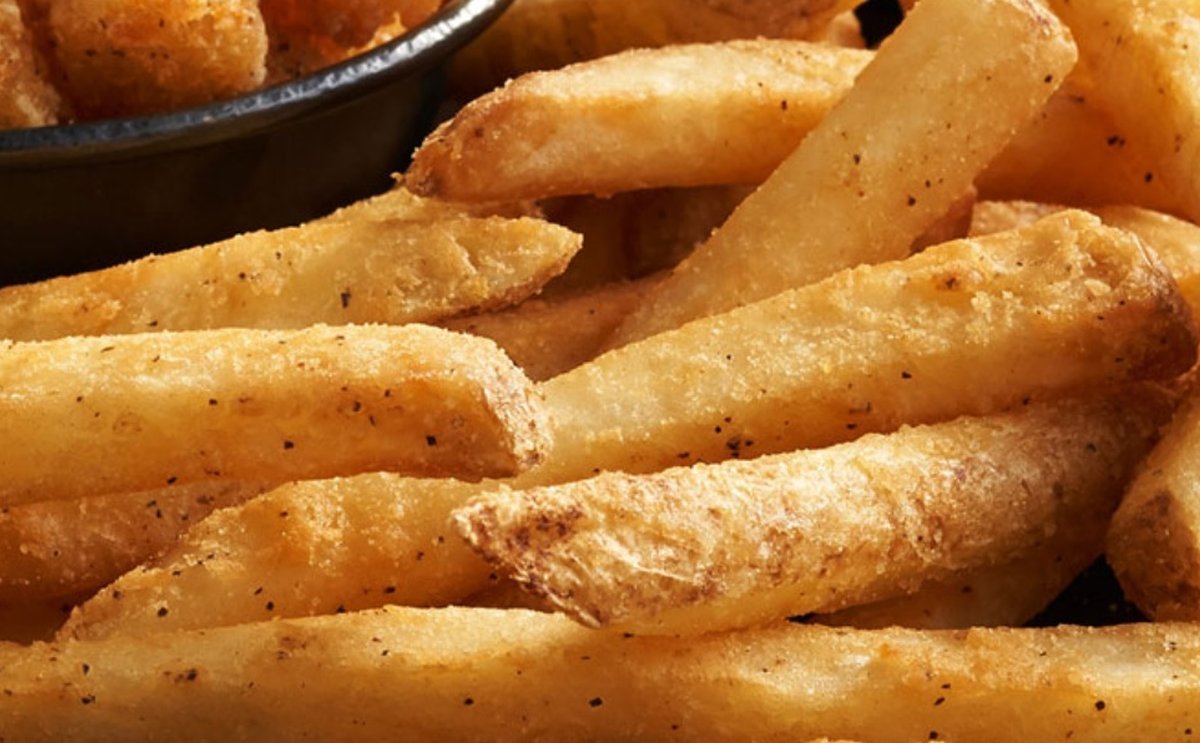 “We drove sequential improvement in sales and earnings this quarter, and are optimistic about the improvement in restaurant traffic in the U.S. and our key international markets.”

“While still below pre-pandemic levels, demand for our products in the U.S. stabilized during the latter half of our first quarter and into September as quick service restaurants rebounded, and as full-service restaurants were aided by the relaxing of government-imposed restrictions for on-premise dining, as well as increased carry-out and delivery traffic.”

“Retail demand for our branded products continued to be strong, although off the peak levels that we saw in the initial weeks of the pandemic. Pricing remains stable, with normal competitive dynamics in larger chain restaurant and foodservice contracts that are up for renewal.”

“During these unprecedented times, our priority continues to be the health and safety of our employees, and I want to thank the entire Lamb Weston team for their continued service to each other, and their commitment to working closely with our customers and suppliers as they manage through this challenging environment.”

“Our team worked to steadily improve our ability to control costs and manage through the pandemic's effect on our operations as the quarter progressed, although we expect that we will continue to experience some disruption and increased costs until the virus is broadly contained. Nonetheless, we remain confident about the long-term prospects for the category, as well as our ability to support our customers, and create value for our stakeholders.”

Summary of First Quarter 2021 Results (USD in millions, except per share amounts)

Net sales declined USD 117.5 million to USD 871.5 million, down 12 percent versus the prior year. Price/mix increased 2 percent, primarily due to improved price/mix in the Foodservice and Retail segments.

Volume declined 14 percent, reflecting the decline in demand for frozen potato products outside the home following government-imposed restrictions on restaurants and other foodservice operations to slow the spread of the COVID-19 virus.

The decline was partially offset by increased sales of frozen potato products for in-home consumption.

Income from operations declined USD 34.3 million, or 20 percent, to USD 135.7 million versus the year-ago period, reflecting lower sales and gross profit, as well as approximately USD 20 million of costs, net of estimated employee retention credits provided by the Coronavirus Aid, Relief and Economic Security Act ('CARES Act') and other labor incentives, related to the pandemic's impact on operations.

These pandemic-related costs include:

Gross profit declined USD 34.8 million, driven by approximately USD 16 million of pandemic-related costs described above as well as lower sales. The decline was partially offset by a USD 5.0 million change in unrealized mark-to-market adjustments associated with commodity hedging contracts, which includes a USD 6.8 million gain in the current quarter, compared with a USD 1.8 million gain related to these items in the prior year quarter.

Net income declined USD 26.4 million to USD 89.3 million, primarily reflecting a decline in income from operations. The decline also reflects a USD 2.1 million increase in interest expense as the Company increased its total debt to enhance its liquidity position as part of the Company's efforts to maintain financial flexibility.

The Company's effective tax rate(2) in the first quarter of fiscal 2021 was 23.9 percent, versus 24.1 percent in the prior year period.The effective tax rate varies from the U.S. statutory tax rate of 21 percent principally due to the impact of U.S. state taxes, foreign taxes, permanent differences, and discrete items.

Net sales for the Global segment, which is comprised of the top 100 North American based quick service and full service restaurant chain customers as well as all of the Company's international sales, decreased USD 70.1 million to USD 447.5 million, down 14 percent compared to the prior year period.

Price/mix decreased 1 percent as a result of negative mix. Volume decreased 13 percent due to the decline in demand for frozen potato products outside the home as a result of the pandemic's negative impact on restaurant and other foodservice-related traffic in the U.S. and across the Company's key international markets.

Global segment product contribution margin decreased USD 24.9 million to USD 77.8 million, down 24 percent compared to the prior year period. Pandemic-related costs accounted for approximately USD 9 million of the decline, with the remainder driven by lower sales.

Volume decreased 28 percent due to the decline in demand for frozen potato products outside the home as a result of the pandemic's negative impact on traffic at restaurants and non-commercial customers, such as lodging and hospitality, healthcare, schools and universities, sports and entertainment, and workplace environments.

Shipments of the Company's premium and mainstream branded offerings, which have historically comprised approximately 40 percent of the segment's shipments, were strong, but were partially offset by a decline in private label product shipments, reflecting the loss of certain low-margin private label business beginning in the second quarter of fiscal 2020. Price/mix increased 8 percent, largely driven by favorable mix from increased sales of branded products.

Equity method investment earnings from unconsolidated joint ventures in Europe, the U.S., and South America were USD 11.9 million and USD 10.6 million for the first quarter of fiscal 2021 and 2020, respectively.

Pandemic-related manufacturing costs and SG&A expenses accounted for approximately USD 1 million of the decline, with the remainder largely driven by lower sales following government-imposed restrictions on restaurant and other foodservice operations.

Net cash from operating activities was USD 250.6 million, up USD 12.1 million versus the prior year, primarily due to working capital management.

During the fourth quarter of fiscal 2020, the Company took additional steps to enhance its liquidity position and maintain financial flexibility, including entering into a new USD 325.0 million term loan facility and completing an offering of USD 500.0 million of senior notes maturing in 2028.

As of the Company's fiscal month ended September 27, 2020, no borrowings were outstanding under the amended revolving credit facility, and the Company had approximately USD 800 million of cash and cash equivalents.

Set forth below is additional detail on the Company's shipment trends for the first four weeks of the second quarter of fiscal 2021 through the week ended September 25, 2020:

The Company has taken actions, and will continue to evaluate various options, to lower its cost structure and maximize efficiencies in its manufacturing and commercial operations, including temporarily closing facilities and/or modifying production schedules to rebalance utilization rates across its manufacturing network.

The Company expects that it will continue to incur additional costs as a result of the COVID-19 pandemic's impact on its manufacturing, supply chain, commercial and functional support operations. For example, these may include: costs to shut down, sanitize, and restart production facilities after a production employee has been infected by the virus; production inefficiencies and labor retention costs arising from modifying production schedules, reducing run-times, and lower overall factory utilization; costs to adopt and maintain enhanced employee safety and sanitation protocols, such as purchasing personal protection and health screening equipment and services; incremental warehousing and transportation costs; and costs to retain sales and functional support employees.

For all of fiscal 2021, the Company continues to expect:

Lamb Weston is the master brand for the potato products produced by Lamb Weston and Lamb Weston / Meijer. A new Global Brand Identity was formulated in June 2015, introducing the tag-line "Seeing Possibilities in Potatoes"
相关话题
炸薯条和马铃薯特色产品