From Seed potato to Seed: Optimizing the germination of TPS 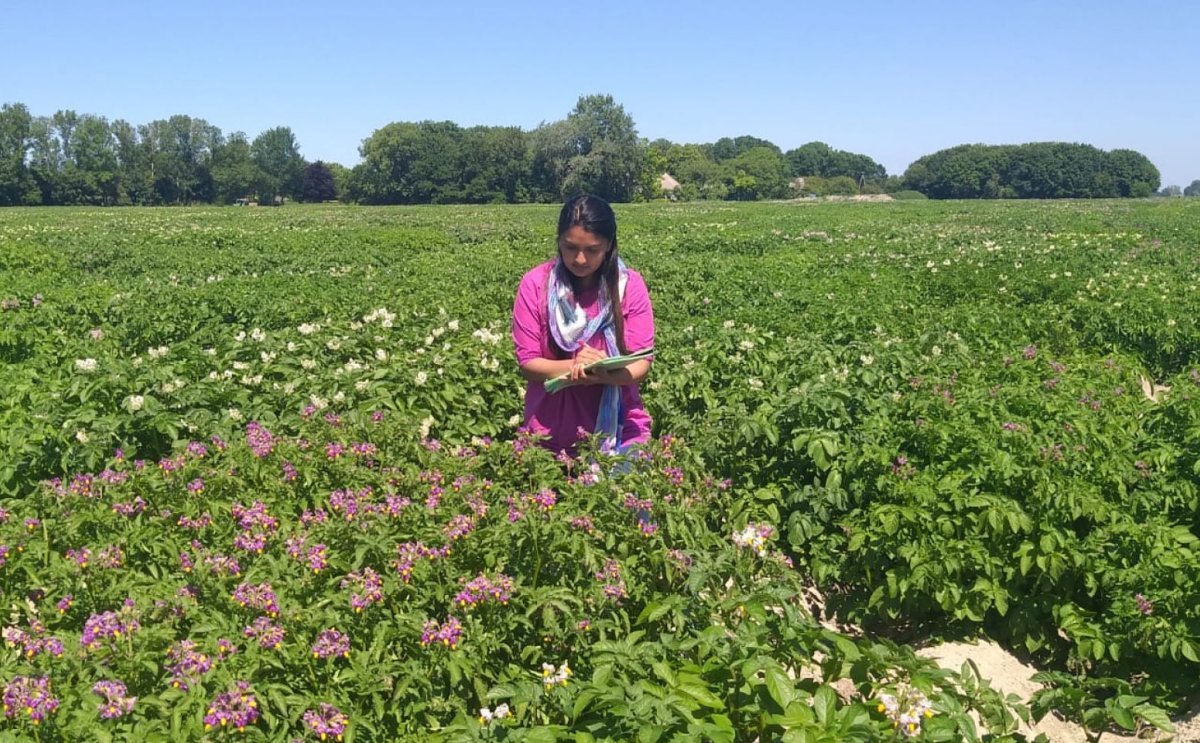 This year HZPC expects to own the first prototype of a hybrid potato variety. These potatoes will be sown instead of planted, and that offers a perspective for the food security of areas that are hard to reach.

A high germination rate for seeds is important to be able to compete with other potato varieties. Student Plant Sciences Shivani Bhanvadia from India participated in research on the germination process of hybrid potatoes during her internship at HZPC.

After her two-year Master Plant Biotechnology at the University of Wageningen, she had already mapped out her career path: she wanted to obtain a Ph.D. and further develop herself in fundamental research.

Until Shivani discovered during her internship at HZPC that it is by applied research that you really make a difference.

“The development of hybrid potato varieties has a direct impact on the food supply for countries in Africa, for example.”

“I wouldn't be surprised if it even revolutionizes the potato world in the long run. It is very fascinating to work on a project with such an impact on the world.”

With feet in the clay

Shivani was lucky to be able to experience the potato season from start to finish during her internship. Not only did she work in the laboratory, but she was also regularly to be found in the greenhouses or in the field.

Literally with her feet in the clay.

“For the first time, the theory came to life for me. I really enjoyed it.”

“At the beginning of my internship, I received a lot of guidance and direction from my colleagues, but I got more and more freedom.”

“Eventually, I worked completely independently on setting up and carrying out research into the germination process.”

In agriculture, the testing and breeding of crop seeds for the highest possible germination rate is nothing new. But for hybrid potato seeds, this is a different story: there are no standardized seed tests available.

While the germination percentage is precisely what determines the yield. If only fifty percent of the seeds actually germinate, the grower will not get enough value for money, and hybrid potatoes lose out to competition from other potato varieties.

In the absence of standardized tests, Shivani's research was a process of trial and error.

“During my research, I looked at other hybrid crops to get an idea of a suitable approach.”

“There was little information, but by experimenting and trying I still came to a protocol. We then tested it and it looks promising.”

“Hopefully, it will be further developed into a standardized protocol so that it will soon be used all over the world.”

The University of Wageningen is surrounded by companies where students can do their internships. An internship in the far North is therefore not obvious, but according to Shivani, it is certainly recommended.

“I have always been interested in potatoes and HZPC is a leading company, also worldwide.”

“It is an interesting place to work. The open culture, the pleasant environment with colleagues, and the trust I received make me really look back on my internship at HZPC with great pleasure.”

“I have grown enormously as a human being and as a professional.”

HZPC is a Dutch supplier of seed and ware potatoes. HZPC is the largest seed potato supplier worldwide.

‘To explore the potential of nature to improve the quality of life’ is the mission of Wageningen UR. A staff of 6,500 and 10,000 students from over 100 countries work everywhere around the world in the domain of healthy food and living environment for governments and the business community-at-large.
相关话题
马铃薯供应链马铃薯品种New Potato Varieties研究开发