Brazil is the centre of origin of the world's premier root crop, cassava. Yet cultivation of potatoes was virtually unknown until the late 1800s, when European immigrants introduced the tuber to relatively temperate areas of southern Brazil (in the state of São Paulo, potato can be grown and harvested almost every month of the year).

While the potato, known locally as batata inglesa, is still a minor crop for Brazilian agriculture, the country ranks as Latin America's second biggest potato producer, with production of more than 3.3 million tonnes in 2007. Over the past 15 years, the country's potato output has grown by an average of five percent a year, and average yields have increased from 14 tonnes to 24 tonnes per hectare.

Although few of Brazil's potatoes are exported, annual consumption is estimated at a low 14 kg per capita. But that is expected to change: as one of the world's emerging economic giants, Brazil is considered a prize market for processed potato snacks. (Source: International Year of the Potato) 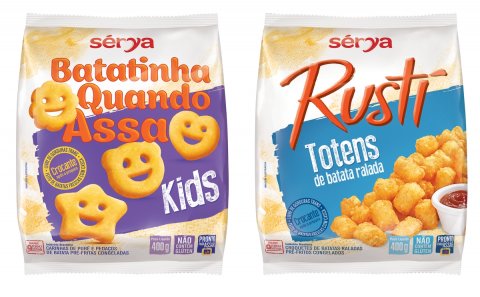