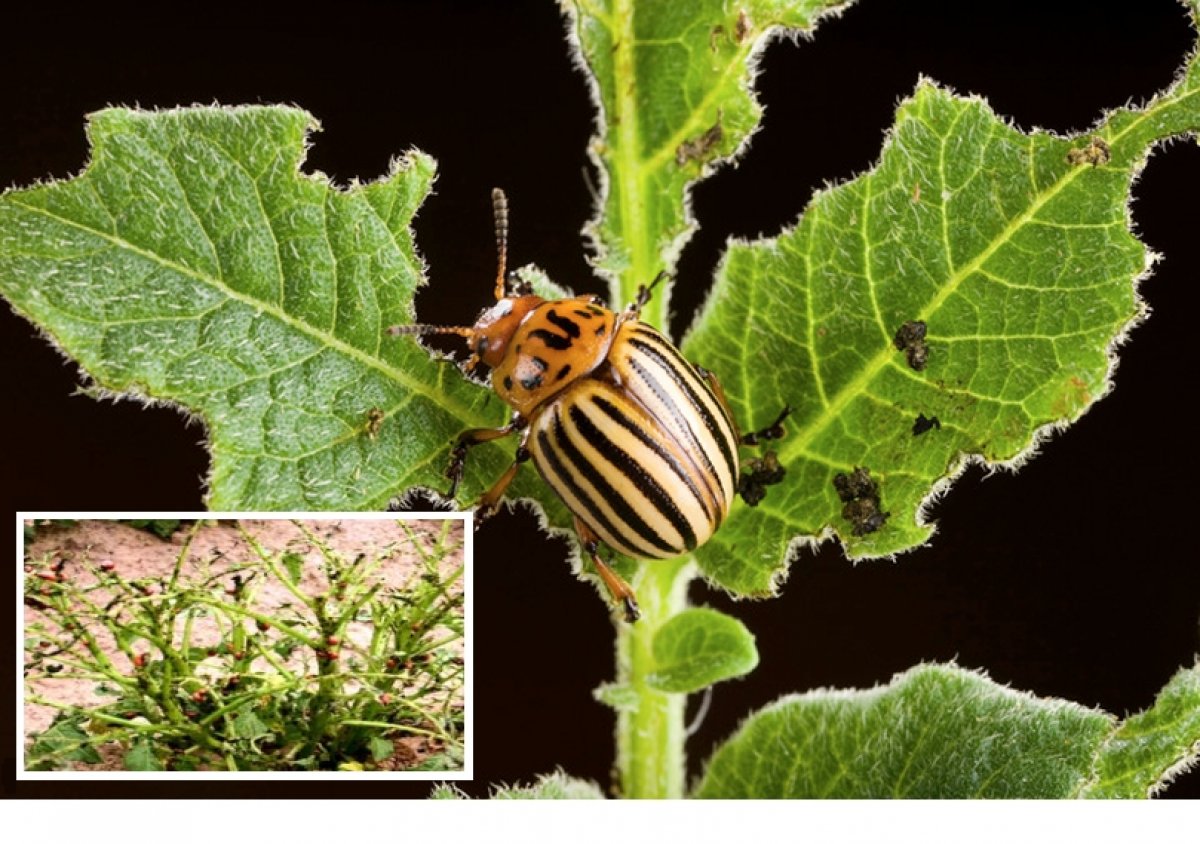 Imidacloprid is an effective insecticide against the Colorado potato beetle, which can seriously damage potato crops (Courtesy: ARS-USDA, CFIA)

Potato growers in Maine are cautiously watching the actions of the Environmental Protection Agency as it reviews federal regulations for a popular insecticide that can be harmful to bees.

Imidacloprid is an effective insecticide against the Colorado potato beetle, which can seriously damage potato crops, according to Don Flannery, executive director of the Maine Potato Board.

The EPA is reviewing use of the pesticide as required every 15 years to ensure it is still useful without causing “unreasonable adverse effects on human health or the environment.”

As part of that review process, the EPA has completed a draft ecological risk assessment for agricultural uses of the pesticide and has opened a public comment period that is supposed to end March 15.

The National Potato Council has asked for an extension to finish surveying potato growers for additional information about their use of the insecticide, “including observations of any decline or negative effects on the bee population.”

Imidacloprid is used to control pests on a variety of crops, including rice, maize, vegetables, sugar beets, fruit and cotton.

Flannery said it is “widely used” by potato farmers in Maine, though he did not have specific numbers.

He said imidacloprid was needed to fight off the Colorado potato beetle, which “is everywhere. You may never even see it, but it can eat right through your crop.”

The adult beetles and their larvae feed on the foliage of the plants, skeletonizing them.

Flannery said he did not believe use of the pesticide on potato crops had a big impact on the bee population, because “bees are not customarily attracted to potatoes.”

“You don’t find bees hanging around potatoes too often, they just aren’t attracted to them,” he said Friday. “But this bee issue is in the forefront in recent years because of issues like colony collapse disorder.”

According to the National Pesticide Information Center, the pesticide’s role in Colony Collapse Disorder is not yet clear. Scientists have shown that plants grown in treated soil may have imidacloprid residues in their nectar and pollen at levels that are below those shown to cause effects on bees in laboratory experiments.

In late January, Edward Ruckett, an attorney for the National Potato Council, sent the EPA a letter requesting a 30-day extension to April 12 for comments on the draft assessment.

The council pointed out that imidacloprid is “an important production tool for potato growers” and indicated that the organization was surveying its members to gather additional information concerning “adverse incidents on bees subsequent to [the pesticide’s] application.”

John Bott, director of special projects and communications at the Maine Department of Agriculture, Conservation and Forestry, said he agrees with Flannery about the impact of using the pesticide on potatoes.

“It appears EPA is doing due diligences to protect pollinators through a preliminary risk assessment, which could mean altering use patterns on certain crops. The high risk crops identified by EPA are cotton and citrus, leaving Maine [potatoes] in a lower risk standing with respect to imidacloprid and pollinators,” he said.

The NPC said it believed that a 30-day extension was warranted in order to educate members about the draft assessment and to get them to comment on their use of and experiences with imidacloprid.

“Most other insecticides are not as effective,” Flannery said. “But I really don’t think that we will lose it.”

More information on the draft assessment can be found at regulations.gov
Source
Bangor Daily News
Like to receive news like this by email? Subscribe!
Related Companies
Maine Potato Board

The Maine Potato Board was created in 1986 by an act of the Maine Legislature for the purpose of establishing a cohesive framework for effective leadership within the potato industry.
Read More
Related Topics
Potato Supply chain
Crop Protection
Potato Defects and Diseases
Colorado Potato Beetle