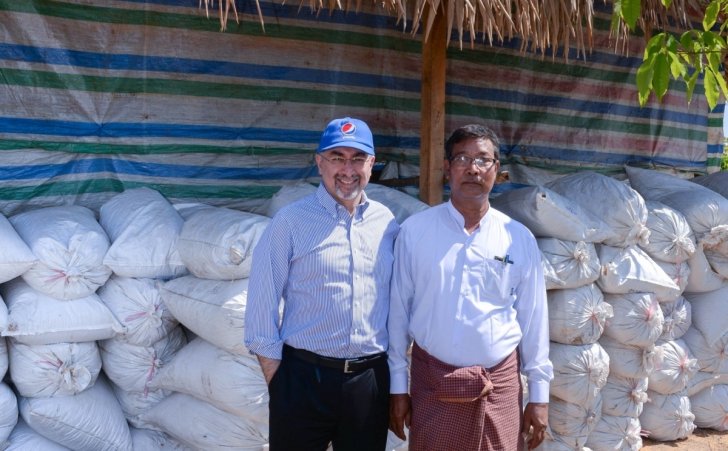 PepsiCo is contributing to the economy in Myanmar with an agriculture program that is helping meet the company’s need for potato supplies in Southeast Asia, as well as providing economic opportunities for local farmers.

PepsiCo identified Myanmar as a potential hub for growing potatoes, thanks to its rich, fertile lands and favorable climate. The company undertook a comprehensive approach to partnering with farmers, training them on sustainable agriculture practices, and guiding them on investments in infrastructure, such as drip irrigation technology that conserves water usage and minimizes the use of fertilizers and chemicals, as well as improved potato storage facilities.

When PepsiCo began the local sustainable agriculture program in 2014 through its partner in Myanmar, 38 farmer partners produced 700 tons of potatoes that year.

By the end of 2017, the company projects there will be 144 farmers producing 3,300 tons of potatoes annually, reflecting improvements in average yields in tons per acre over the last three growing seasons.

It also has the potential to improve farmers’ incomes, which are expected to rise 9 percent in 2017.

“When we first started agricultural operations in Myanmar, we saw a great opportunity to bring new farming expertise to the country.”

“Now, our teams of experts have transferred knowledge and innovation in farming practices to our farmer partners, with the ultimate goal of increasing farm productivity and enhancing crop yields and quality.”

“These efforts deliver maximum benefits to both PepsiCo and to our farmers in line with our Performance with Purpose work to expand sustainable agricultural practices and spur economic development and prosperity in communities around the world near where we work.”

PepsiCo re-entered Myanmar in 2012 and in 2014 teamed up with LOTTE-MGS to locally manufacture its core carbonated soft drink portfolio, including Pepsi, Mirinda and 7UP, as well as Sting energy drink.

Myanmar is an attractive frontier market with strong economic growth potential and a population of approximately 53.9 million people.

Through successful partnerships with Positive Planet and UNESCO, and by expanding PepsiCo’s potato-growing program within Myanmar, PepsiCo is investing in education, building human capital, and enabling opportunities for employment.

These initiatives are an integral part of Performance with Purpose, PepsiCo’s belief that its success is inextricably linked to the sustainability of the world around.

PepsiCo believes that continuously improving the products it sells, operating responsibly to protect the planet and empowering people around the world is what enables PepsiCo to run a successful global company that creates long-term value for society and its shareholders.

Mr. Chadha and Mr. Garas visited the city of Hpa An, the capital of the Kayin State, on February 2 to meet with individuals who have benefitted from a project supported by PepsiCo and led by Positive Planet, an organization working to help men and women across the world create the conditions for a better life for future generations.

The objective of this project is to alleviate poverty and reduce economic vulnerabilities in conflict-affected villages in the Kayin State, and to promote financial inclusion among low-income rural households.

The project creates cooperatives within villages that provide members sustainable access to financial services, as well as financial education training. It also promotes business development by providing grants to support commodity or enterprise activities. A total of 33 activities were implemented between the second half of 2015 and November 2016.

Activities included demonstration farms for crops and livestock, as well as modeling of rural enterprises such as garments retailing, concrete products, rice trading, and grocery store operations. Successful farmers and entrepreneurs who have made their businesses profitable are invited to become community-based trainers, thereby creating local resources for technical knowledge.

“Combining a strong financial inclusion element through the creation of a vibrant cooperative, as well as the diversification of agricultural value chains, we have strengthened local communities, helped build their financial reserves and provided local youth with an alternative to migration over the border.”

“This flagship project shows how by working with local communities we can create added value in local economies and build people’s resilience through strengthened social and financial networks.”

“PepsiCo is and has always been a strong partner of Positive Planet, fighting with us on the ground to create a better world for future generations.”

“Empowering people around the world to improve their economic situations is a critical part of PepsiCo’s Performance with Purpose agenda.”

“I applaud Positive Planet as a terrific and long-term partner in helping develop economic opportunities for families and communities, and I am very impressed by the progress being made by the people of Myanmar.”

Mr. Garas and Mr. Chadha announced PepsiCo’s continued financial support of Myanmar’s first Centre of Excellence for Business Skills Development (CEBSD) at a ceremony at the Centre in Yangon on February 3.

The CEBSD, founded in 2014, is the result of a public-private partnership between PepsiCo, UNESCO and the Myanmar Ministry of Education, the first initiative of its kind in Myanmar to address the issue of youth employment. The CEBSD aims to improve employment prospects for youth in Myanmar by offering targeted courses and training in business and employability skills, career counselling, and networking opportunities.

To date, seven courses have been developed and delivered to more than 670 students. Courses cover topics such as business skills for youth, English for the business world, and retail and hospitality management. In total, more than 2,500 individuals have attended trainings and events since June 2014; of those, 68% were female.

Additionally, more than 80 business people and leaders from the local and international community in Yangon have engaged with the Centre as speakers, moderators, and workshop facilitators, including nine executives from PepsiCo.

“Myanmar is an emerging market with great potential, and the country’s economic progress will be enhanced by developing practical and technical skills to increase employment.”

“The Center of Excellence for Business Skills Development addresses this issue by providing the training necessary for individuals, especially young people, to compete in today’s economy. PepsiCo is proud to be a part of this initiative and play a positive role in the country’s growth.”

“UNESCO Myanmar is very grateful that support for innovative approaches in skills development among Myanmar youth will continue thanks to PepsiCo in partnership with the Yangon University of Economics. The ongoing partnership provides a space for young people to grow professionally, to learn from each other, and to connect with different business partners.”

PepsiCo is one of the world's leading food and beverage companies with over USD 67 billion in net revenue in 2019 and a global portfolio of brands, including several savory snack brands.
Lees meer over:
AardappelketenAardappelteeltChips en SnacksTrends in landbouw en voedsel 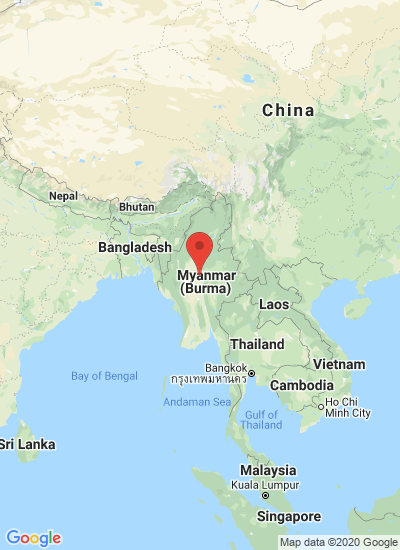