Skip to main content
When
Continues as Scheduled
Online only
Event Description
The World Potato Congress is extremely pleased to present its next webinar on Tuesday, April 6, 2021/Wednesday, April 7, 2021, with Dr. Paul Horne, Entomologist, and owner and Director of IPM Technologies Pty Ltd., Hurstbridge, Victoria, Australia.

The presentation will outline the elements of IPM in any crop but particularly in potatoes. The most important biological, cultural, and chemical options available to growers will be described and specific examples will be given from Australian potato production.

The integration of biological and chemical control options is an important element, requiring accurate knowledge on the impact of pesticides on different species of beneficial insects of importance.

Examples of how pesticides can be chosen based on their IPM fit will be given, again using Australian conditions as an example. The adoption of IPM remains a challenge in many crops around the world, including potatoes.

How IPM has become adopted by a large proportion of Australian potato production (including seed, processing, and ware crops) will be described.

Dr. Paul Horne is an entomologist and since 1996 has been owner and director of IPM Technologies Pty Ltd, based in Hurstbridge, Victoria, Australia.

He has been involved with the development and implementation of IPM in a wide range of crops but specializing in potatoes. He has worked on IPM in potato crops in Australia for over 30 years.

His work on IPM in a range of crops has taken him to different places including Yemen, Thailand, Spain, Denmark, Indonesia, New Zealand, and Papua, New Guinea.

A strong focus of his work has been the implementation and adoption of IPM strategies. This has also involved a strong research component on the impact of pesticides on species of beneficial invertebrates.

Paul has written several books on insects and IPM (the two most important co-authored with Jessica Page) and two guidebooks to insects in potato crops in Australia.

He has published over 70 scientific and conference papers on insects and IPM, as well as many other articles in industry literature. In 2009, Paul received the 'Researcher of the Year' award from the Australian Vegetable industry.

The host for this webinar will be WPC Director, Dr. Nora Olsen (norao@uidaho.edu).

Register in advance for this webinar: Following your registration, you will receive a confirmation email containing information about joining the webinar.

Webinar Recording
News on this Event 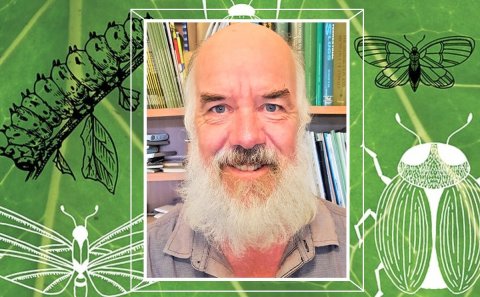