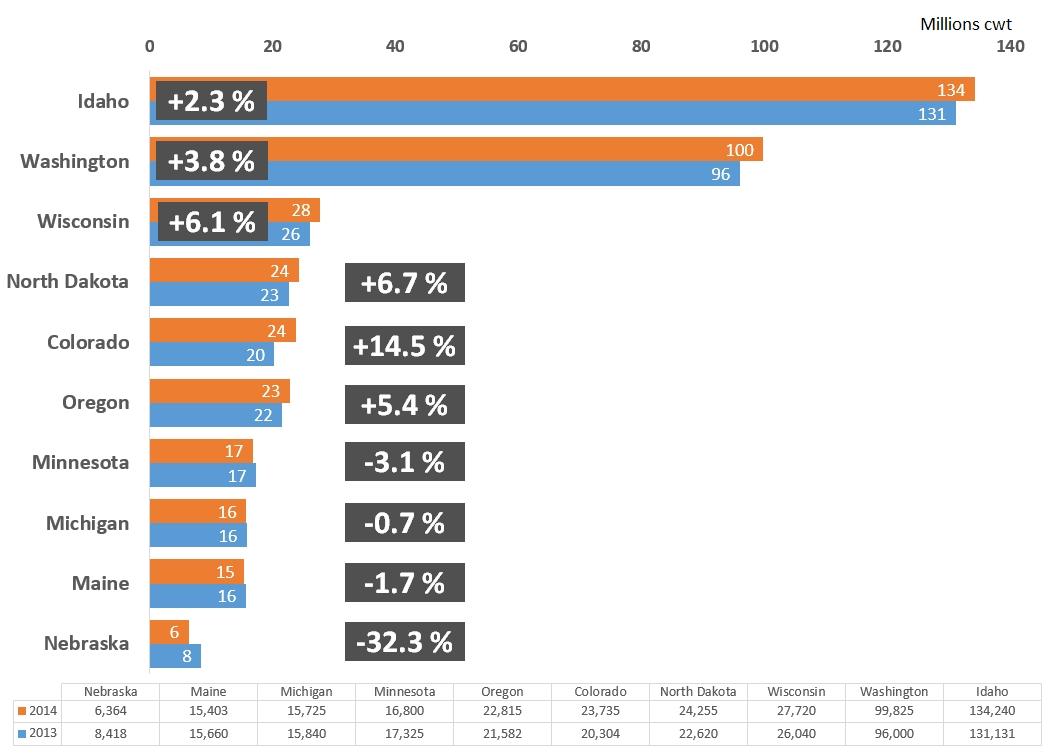 The top potato varieties grown in Washington (fall harvest 2016, by acreage) are:
All other varieties count for less than 3% of the Washington Fall potato acreage.