After Solanum tuberosum's introduction to Algeria, in the mid-1800s, potatoes were grown mainly for export to French markets. By national independence from France, in 1962, farmers were harvesting on average 250 000 tonnes a year, with about one third marked for export.

Since then, the potato has become an increasingly important crop for domestic consumption, with production in 2013 exceeding 4.9 million tonnes. Potato is grown over an area of over 160 000 ha, and can be planted and harvested somewhere in Algeria in virtually any month of the year.

The main fresh potato growing areas are along the Mediterranean coast, where a mild climate permits year-round production.

Potatoes are also grown at elevations of 500 m in hills and valleys between the coast and the Atlas Mountains, and in high plateau areas.

More recently, desert town El Oued has developed itself as a potato growing region. In El Oued, potatoes are grown in irrigated pivots in the middle of the Sahara desert. As of 2016, around 40% of the total production of Algeria took place in El Oued. 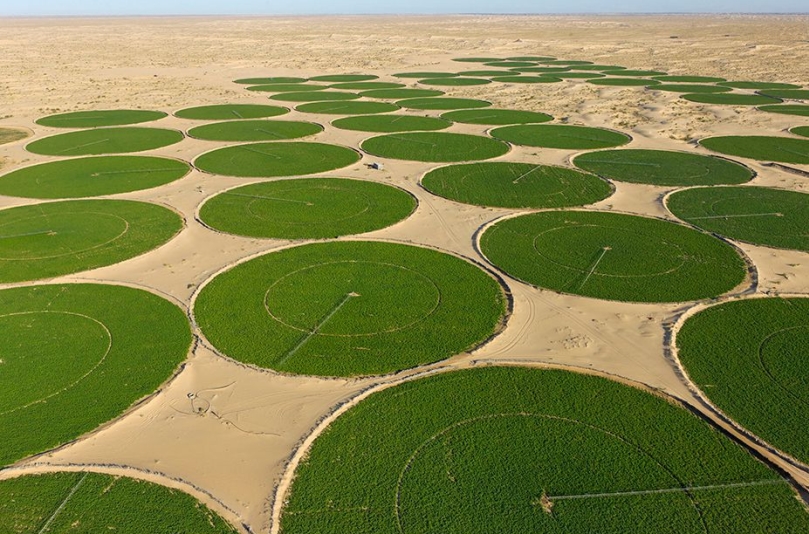 Annual potato consumption in Algeria has increased from 35 kg in the early nineties to around 65 kg in recent years.
Agricultural Statistics Algeria