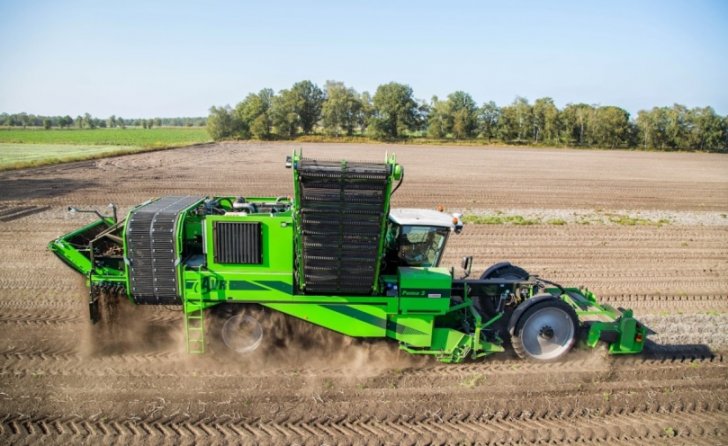 During Potato Europe, AVR will present its latest potato harvesters, the Puma 3 and the Spirit 9200 Varioweb, for the first time during live harvesting demonstrations to the general public.

A première that will delight visitors, since there’s no better reference context than witnessing the possibilities and flexibility live during harvesting with their own eyes.

Also present will be the new anti-erosion option of AVR, as well as the new folding cultivator and the AVR crop handling line.

AVR can be found at Potato Europe in Stand 39. 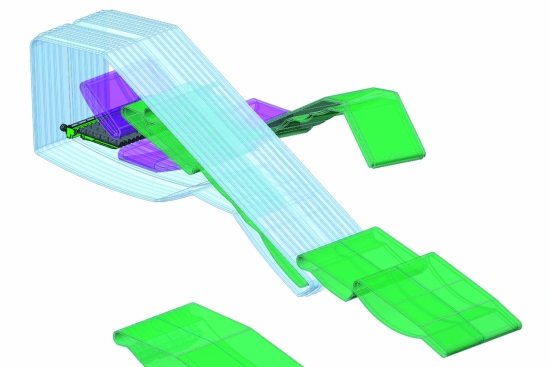 The Spirit 9200 VW adapts perfectly to harvesting conditions thanks to its fully hydraulic drive. The big difference with the Spirit 9200 is that the product stream after the sieving webs comes to a pintle belt, through which the stream passes over axial rollers, to lead the potatoes to the picking-off table through a cross pintle belt.

As a première and in exclusivity, there’s the patented Varioweb technology that’s incorporated for the first time in a two-row harvester. Just like the Puma 3, this harvester is equipped with this unprecedented cleaning module. It’s a combination of a pintle belt with an axial roller set.

The design is such that the axial roller set can be extracted from the potato stream, by shifting a pintle belt. This is performed completely hydraulically, continuously adjustable from the tractor. Useful for those who have to deal with different harvesting conditions, in which just more or less cleaning is required

The Varioweb is a technology patented by AVR, and thus unique on the market. 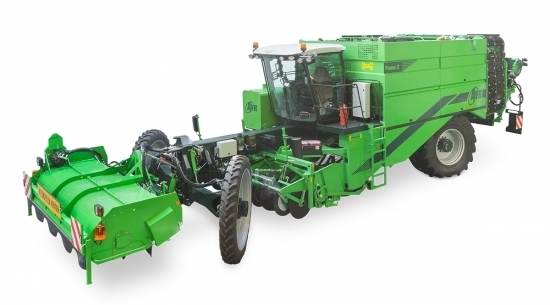 Puma 3, the third and latest generation of AVR's solid, four-row potato harvesters, continues to re-invent itself. Several innovations help users save fuel, avoid soil compaction, and offer more possibilities in terms of cleaning and software applications. This gentle giant is characterized by maximal maneuverability and an optimal left /right weight balance. The large and wide increased flexibility tires, the large sieve surface and the patented Varioweb technology ensure that the harvesting process goes as smoothly as possible. 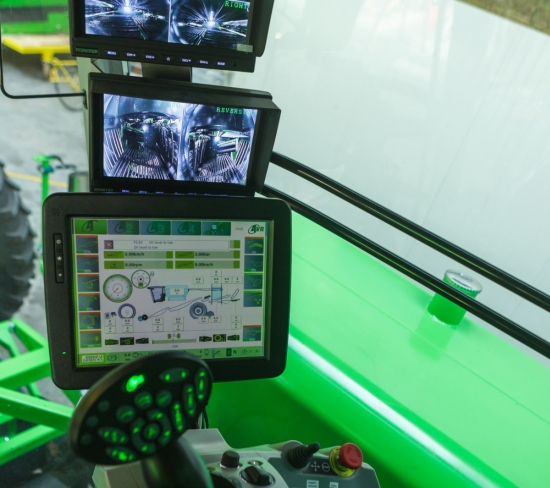 The current Puma 3 software was developed to facilitate the harvesting process. The new joystick controls functions such as the movement of the WB bunker, the angle of the pintle belt, operation of the haulm topper and raising and lowering the digger unit. The touch screens are equipped with quick pick buttons for instant access. Among other functions, settings, speed parameters, and calibration can be adjusted in the menu.

An automatic boost function is provided in the elevator. Should a buildup occur, the elevator takes full speed until the workload has been eliminated. Automatic span adjustment ensures that elements that could possibly cause a blockage get enough “room” to pass through.

The bunker floor and elevator run separately to make unloading while riding possible. The discharge rate is doubled compared to its predecessor, notably thanks to the automatically-dosed bunker emptying system. 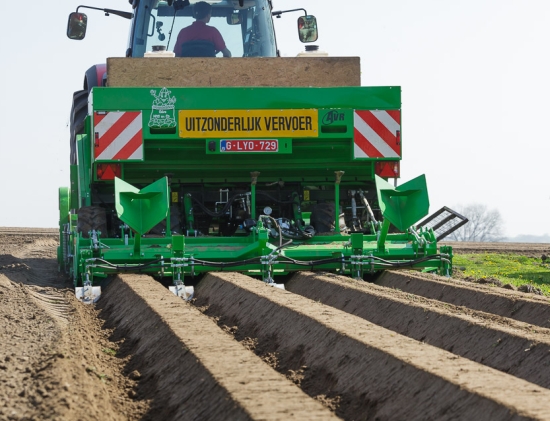 Soil erosion by water runoff poses a problem for more and more farmers. Now that legislation and the price tag around plant products and fertilizers are forcing farmers to try to utilize these products 100%, runoff water is more detrimental than ever. That’s why AVR a while ago started developing an anti-erosion option mounted on planting machines. Hydraulic shovels moving up and down, mounted on the ridging hood, create little piles of soil between the ridges. They retain water runoff and soil.

A cultivating tine is mounted in front of the shovels, in order to have sufficient loose soil and to improve the infiltration of water between the ridges. The cultivating tine is adjustable in depth. The frequency of the up and down movement of the shovels is also adjustable so that the distance between the ditches can be adapted as a function of the soil and the slope, This is done via the display of the planting machine.

Low weight was an important objective for this design, so that planting, ridging or even tillage can be done in a single working pass. 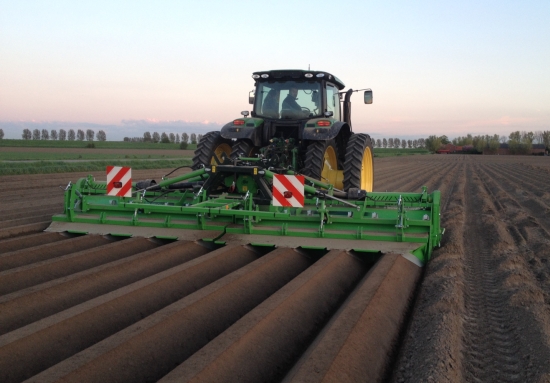 With a working width of up to six meters, the new folding AVR GE-Force plows major surfaces in a single motion. It is characterized by its stability and HD (Heavy Duty) drive. Possible types are 6 x 90 or 8 x 75. The rotor can be equipped with the well-known AVR 6-tine system. Through the judicious placement of the hooks on the rotor, efficiency is increased by 33% compared to the conventional 4-tine rotor: thus faster driving or lower fuel consumption.

During the crop handling demo, a receiving hopper (CSB 855), a dual transport belt (CDVE 1600/80) and a 19-m telescopic storage loader (CTHV 3885) will be running. For the latter, the main frame and the sliding portion are made from a single piece (AVR Mono Body frame), thus providing great stability to the machine. The double-drum motor drive ensures that this storage loader won’t end up too small.
Not visiting Potato Europe or can't wait? 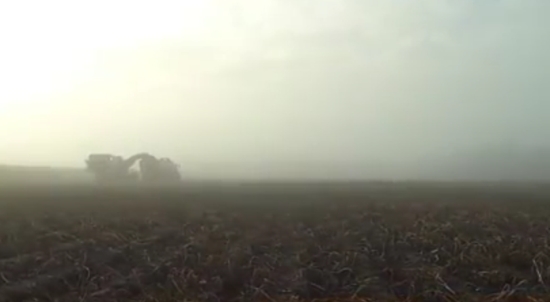 AVR bvba is a Belgian manufacturer of a full range of machinery for the cultivation of potatoes as well as other bulbous and tuberous plants. From seed bed preparation, planting and ridging to haulm topping, harvesting and storing.