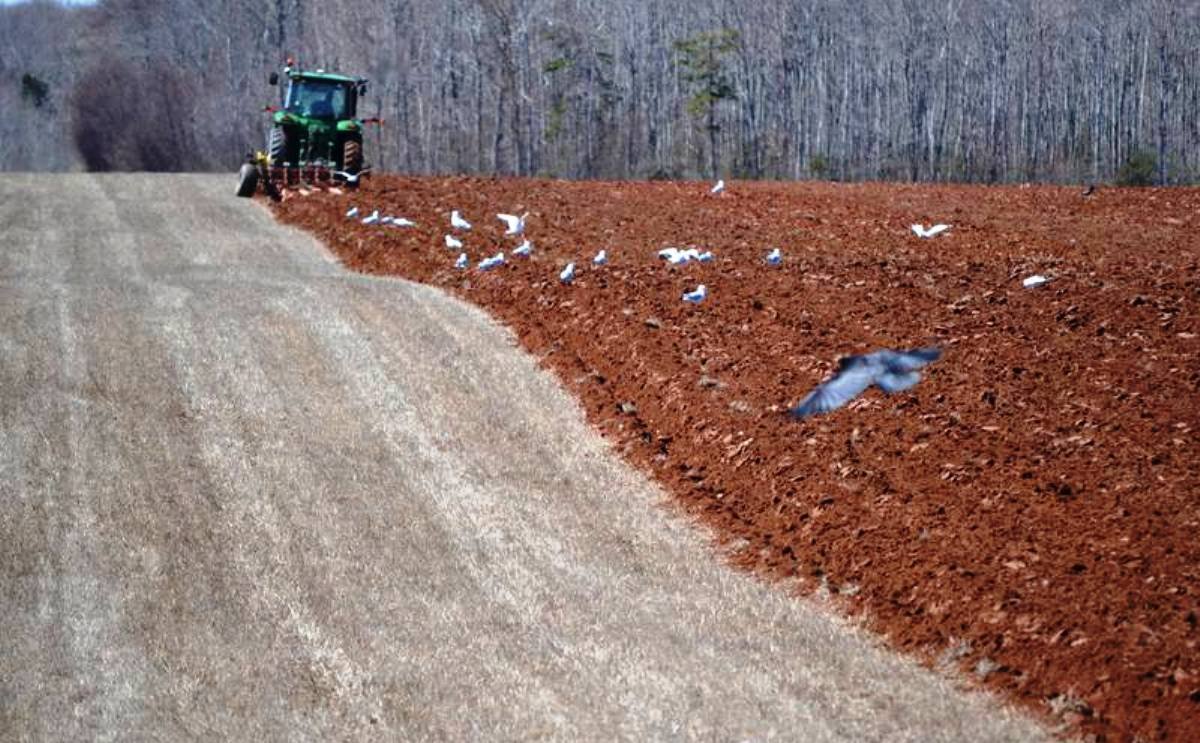 A tractor and plow turning sod in a field in Huntley prior to conditions turning wet. Conditions are putting planting season behind schedule. (Courtesy: Eric McCarthy | Journal Pioneer)

At a time of year when Prince Edward Island potato farmers would normally be flat-out busy, most of their equipment is sitting idle as they wait for a break in the weather.

Harris Callaghan, a potato grower from Miminegash, said he doesn’t even have any grain in, let alone any land worked for potatoes.

He estimated spring planting in western P.E.I. is already at least a week behind schedule, and if the weather doesn’t soon turn, they’ll be two weeks behind.

He’s already eyeing a sunny forecast for Thursday; hopeful of getting on some of his drier fields before the end of the week.

“I’d say it will be next week before we get any big volume (of land worked).”

"It’s a risky business. You take chances. Sometimes you win and sometimes you lose. That’s the way it is, and there’s no point complaining about it”

“Sometimes you win and sometimes you lose. That’s the way it is. And there’s no point complaining about it.”

Production is already lagging a little behind 2018, Callaghan said, pointing out farmers contended with a late spring last year, too.

Potato Board general manager Greg Donald, who is all too familiar with last year’s growing season which got off to a late start and then felt the effects of drought-like conditions, followed by an extremely soggy harvesting period and early frost.

As a result, Donald said, over 7,000 acres out of a total P.E.I. crop of 86,000 acres, went unharvested. That’s in addition to a high cull rate for small and mis-shaped potatoes.

Greg Donald, pointing out the production cost is more than $3,000 per acre:

“It’s getting frustrating, the stakes are high, there’s lots of hardship after last year.”

“Mother Nature is such an overbearing, big factor”

While conditions looked favourable at the start of the month, with optimism for a normal planting season, conditions have turned wet and cold.

Donald estimates fewer than five per cent of the 2019 crop is in the ground, and he said fewer than 100 acres have been planted west of Portage.

Donald said many in the industry cannot afford another year like last year. He said prices on the open market were very good, but, with production losses, many farmers struggled.
Source
Journal Pioneer
Related Companies
Prince Edward Island Potato Board

Prince Edward Island Potato Board
Where