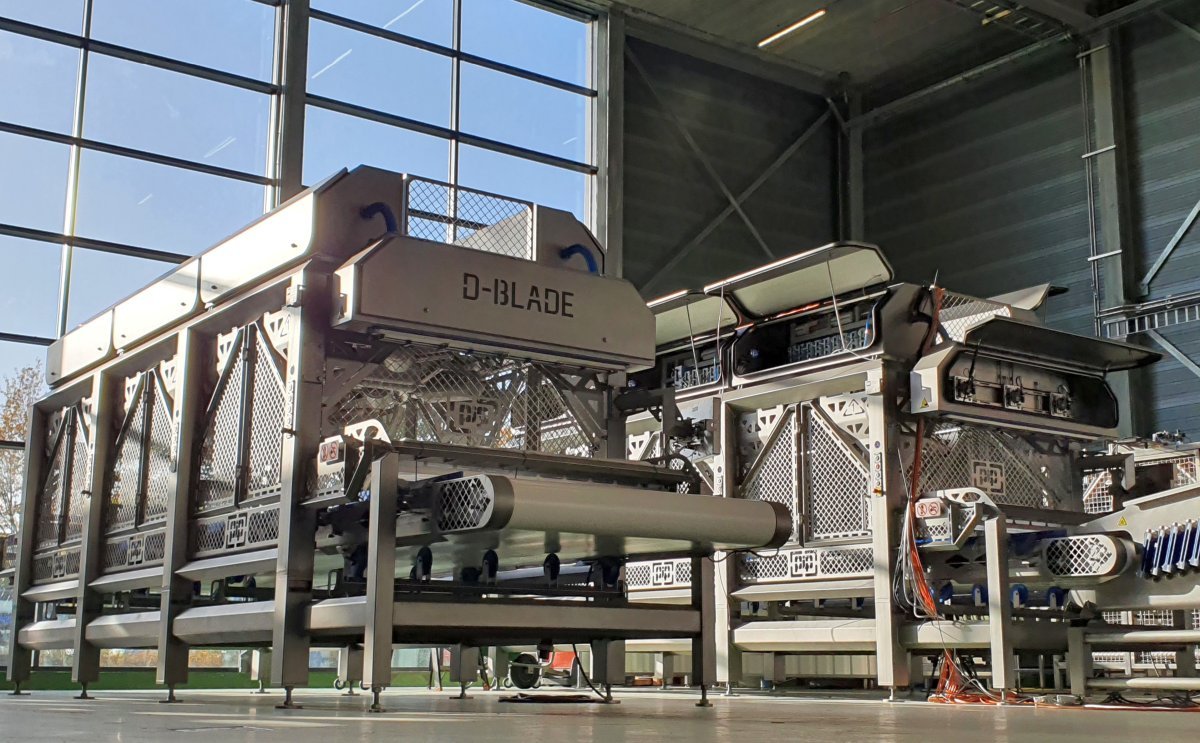 PIP Innovations, the manufacturer of D-Blade - a robotic produce cutter - partners with FoodeQ, maker of vibratory shakers to accelerate global expansion by offering a tested combination of shakers and robot technology.

The development of PIP Innovations' robotic cutting machine started five years ago with the question from potato processor Peka Kroef to develop a machine that cuts defects from potato slices while retaining their shape.

With built-in cameras and vision technology, the 'defects' are trimmed by delta robots equipped with a special knife. Being upgraded, the potato slices can enter the processing again.

It has provided a considerable improvement in yield and product quality for Peka.

“This means that significantly fewer potatoes are needed on the input side to produce the same output. That's pure profit, just with that you earn back the D-Blade in no time.”

The first D-Blade was commissioned by Peka Kroef, a leading global player in the production and supply of chilled potato products.

“But we soon started using D-Blade more widely, such as for halving and quartering potatoes and for the production of Hasselbacks. That's why soon a second one was placed next to it and the third D-Blade is now on its way.”

In this cooperation, the knife cuts both ways

“As said, D-Blade is extremely versatile but can only achieve its full capacity if the product infeed is optimal.”

“This automatically puts FoodeQ Engineering in the picture, because they deliver top quality in- en outfeed shakers.”

FoodeQ's shakers now find their way all over the world and are used in no less than 24 countries.

“The quality products, the large network of contacts, and the service organization of FoodeQ make it a very interesting partner for us to work with.”

“We reinforce each other and in this way, we can both further increase our market share.”

Robots provide speed and vision technology provides precision D-Blade can be equipped with 2, 4, or 6 delta robots and each robot can perform 5 cuts (actions) per second achieving significant throughput capacity.

“D-Blade is a ground-breaking enrichment of the machine range for our sector and our products and services fit in seamlessly.”

A significant part of the modern machine lines at Peka Kroef was developed by FoodeQ Engineering, which planted the seed for the eventual collaboration with PIP Innovations.

The very first D-Blade has been optimized on-site at Peka Kroef over time.

“We were the first customer and used the machine directly for production because we saw the potential and were able to speed up the innovation this way.”

“We can talk about it all day, but you just have to see the machine work once and then you're sold. We are happy to show interested parties around at Peka Kroef and show them in practice what this D-Blade can do.”

“D-Blade has a short payback period and can be converted very quickly. Besides potatoes, the machine can also be used for other products such as carrots. The camera checks where the foliage has been and then it is cut off extremely accurately so that there is much less product loss.”

“The machine can also be used to produce baby carrots, with a knife specially designed for the purpose. With D-Blade, PIP Innovations has put a unique product on the market.”

“And we have many more ideas, so we can already promise that we will come up with even more surprising applications and machines in the future.”

Vibratory technology was the kick-starter for FoodeQ; today it is one of the fields in which FoodeQ stands out from the rest. We continue with passion to build on the knowledge and experience gained over the years. Innovation-driven as we are, we keep coming up with ground-breaking new techniques that impress our customers with their efficiency, quality and reliability.
Read More
PIP Innovations