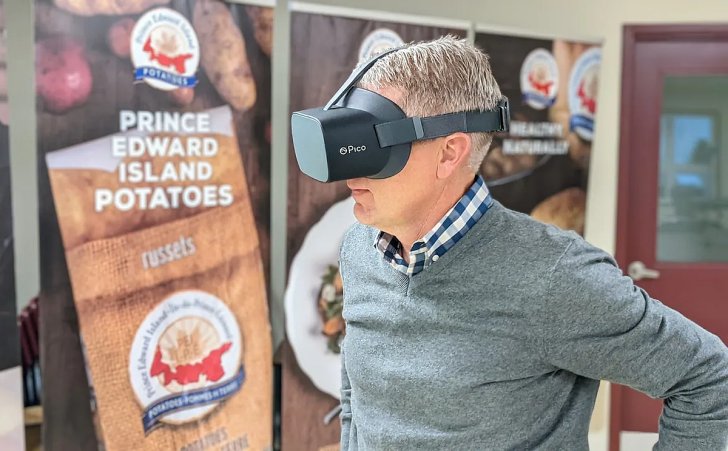 Potato Board general manager Greg Donald watches one of the videos while wearing the virtual reality goggles. (Courtesy CBC)

The Prince Edward Island Potato Board is using virtual reality to remind buyers of the reasons to purchase spuds from the Island.

The board has sent a dozen virtual reality kits including high-tech goggles to many large national retailers across Canada, as well as some regional retailers both in Canada and the United States. Thirty per cent of P.E.I.'s potatoes are sold on the fresh market through retail or food service.

"This project was answering a problem that COVID had presented to us, which was that many of the retailers that come to Prince Edward Island for trade visits, for market visits, farm visits were not able to travel."

"We wanted to find a way of bringing the farms and Prince Edward Island to the retailers themselves." 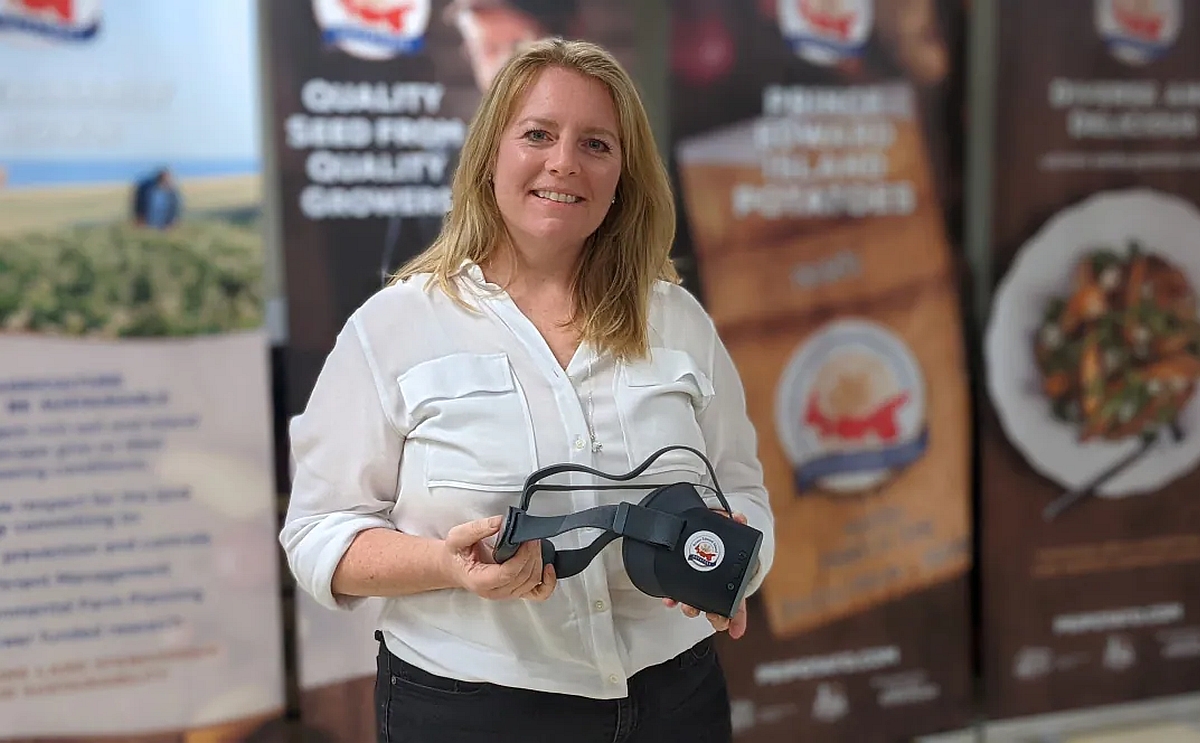 Mills said the goggles are loaded with videos that follow the process of growing, harvesting and shipping potatoes, as well as some potato-related Island goods.

"The technology is absolutely amazing and it brings the viewer right into the video."

"We shot videos right from equipment, right in the fields, from the farms, in the warehouses and it brings the viewer right into that situation. It's really incredible."

Chad Robertson grows potatoes for Marvyn's Garden in eastern P.E.I., along with his father Marvyn and brother Bradley.

He got to try the virtual reality goggles earlier this month.

"It's definitely something neat to show to your buyers that normally wouldn't get the opportunity to come along for a tractor drive, or the process of how the potatoes actually get to market."

"They get to see the whole season basically in one sitting, watching the videos." 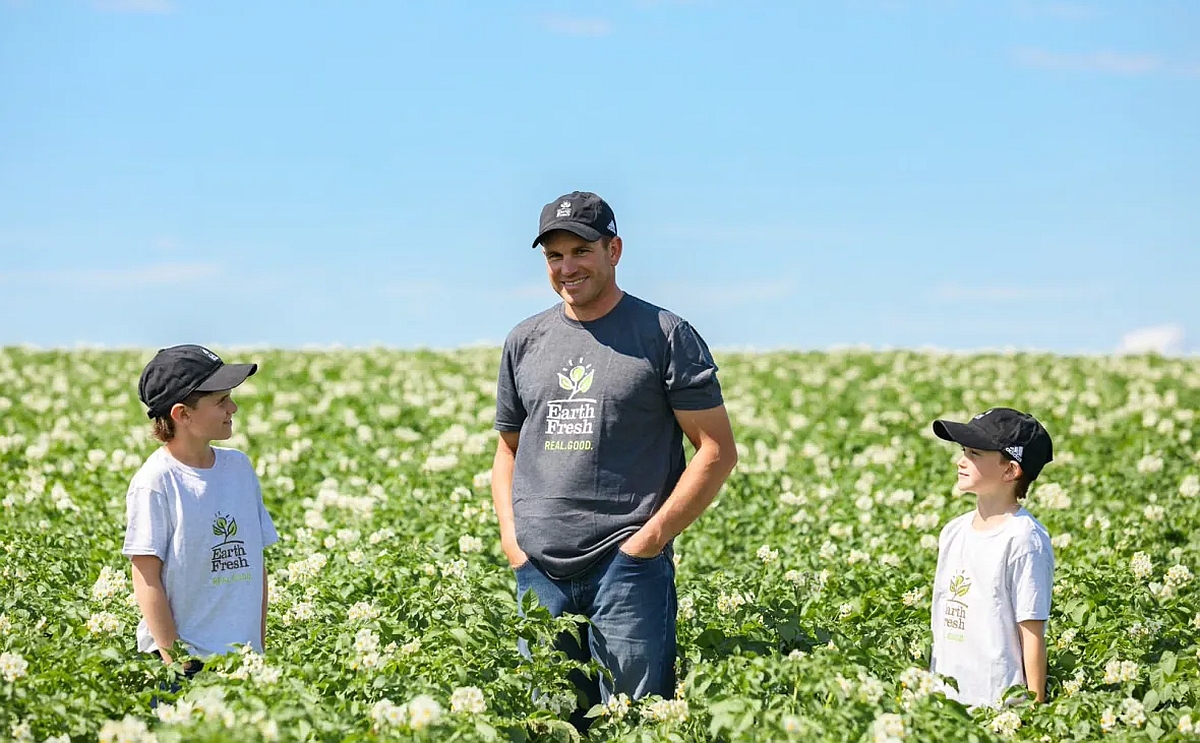 Robertson said when buyers visit in person they are usually on P.E.I. for a few days.

"Normally they'd be here either in the wintertime, when the scenery isn't quite as nice as it was when this was all filmed. It's beautiful P.E.I. scenery."

"If they come in the summer, they don't get to see the other aspects of it as well. The planting, how the product is actually washed, sorted and bagged."

Robertson said as good as the videos are, he looks forward to the buyers returning to P.E.I.

"It's just that face-to-face relationship. Nothing's going to replace that," Robertson said. "This is definitely a tool that helps, and it came in at a good time." 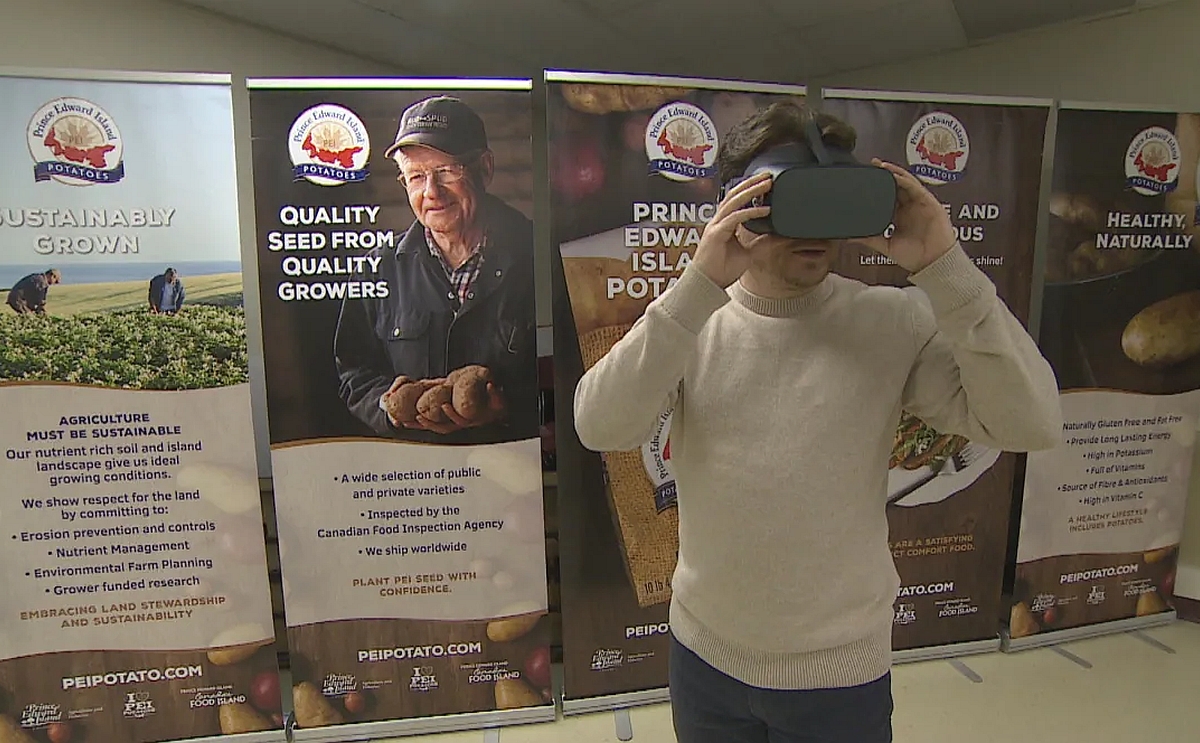 Potato Board staff, including Mark Phillips, have also been checking out the virtual reality goggles. (Courtesy CBC)

Mills said the Potato Board is hoping to have buyers visiting again soon.

"We're hopeful any time now that we expect to see them back on P.E.I.."

"There is nothing like being able to come to P.E.I. to experience the industry, the scope and the beauty of P.E.I., and the value of the industry here to P.E.I." 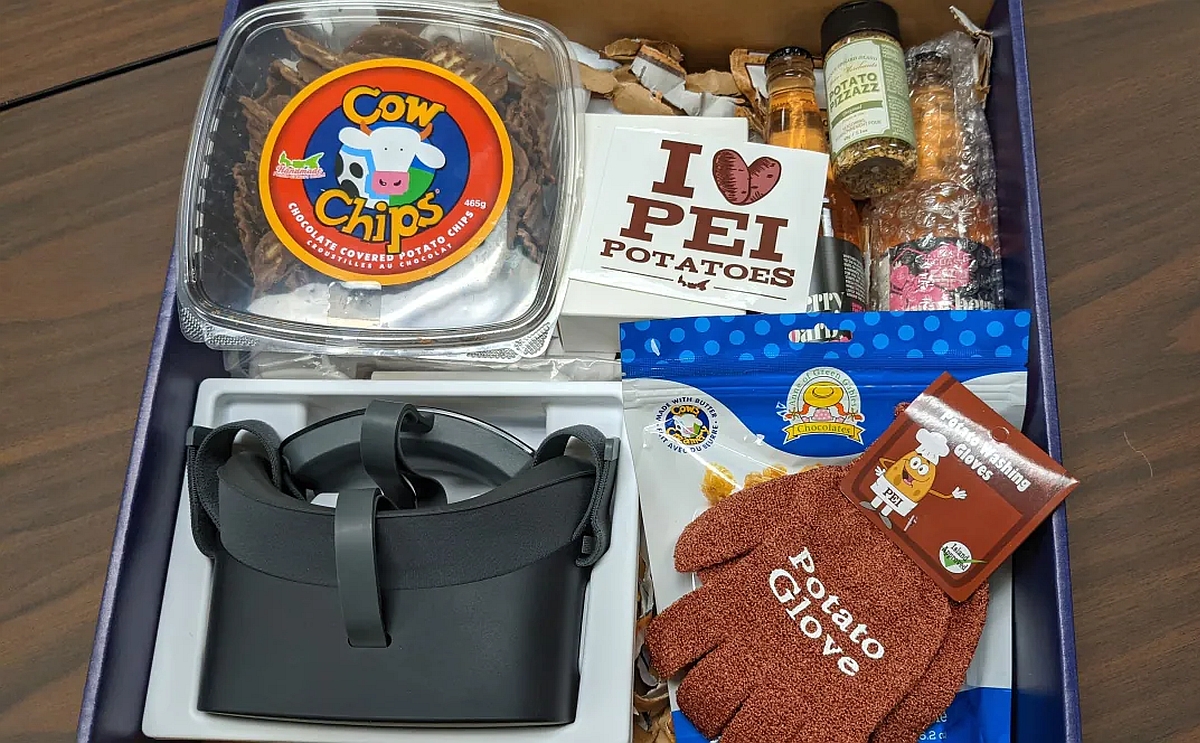 The kits include virtual reality goggles as well as some potato-related Island goodies. (Courtesy CBC)

Mills said the kits cost about $500 each, and there are plans to use the video footage and the virtual reality technology in other ways as well.

"This is a trade application, but there are so many other ways that we can use this technology. Education with kids in schools, certainly with social media and online."

"It really does provide us with a lot of different ways of of showcasing P.E.I. potatoes." 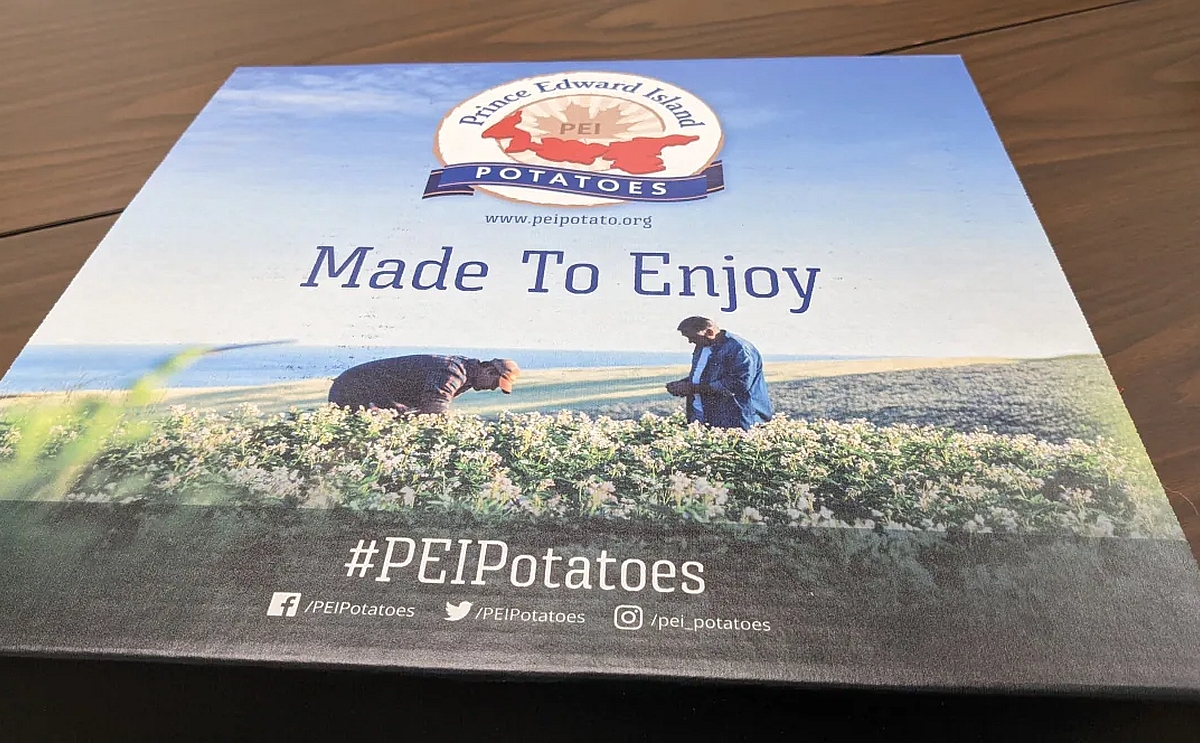 The board has sent the virtual reality kits, including high-tech goggles, to about a dozen buyers across Canada and the United States. (Courtesy CBC)