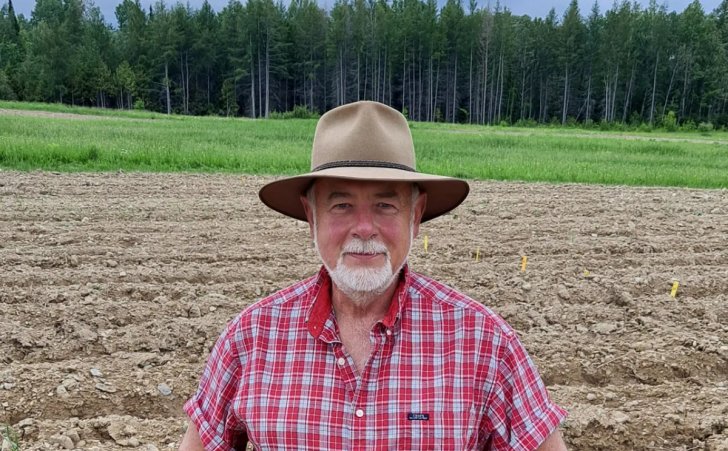 Maine — Potato farmers depend on Steve Johnson. At least they did for 34 years. Now Johnson, who retired on June 30, is taking his expertise to other parts of the world. Johnson, who was a crops specialist with the University of Maine Cooperative Extension in Presque Isle, has told farmers when to plant, how to treat diseases and pests, how to properly store crops and introduced technology to growers.

Though he has left Aroostook, he is not leaving agriculture. He has too much invested. Johnson’s contributions that extended beyond his day-to-day work with farmers have ensured the continued success of potato farming around the world, and made potatoes possible as a staple food even in poorer countries.

He has harvested 33 consecutive crops of research potatoes, and pioneered an "electronic potato" that became the industry standard for calibrating harvesters to reduce bruising the crop in the field.

He also has shared his expertise throughout Maine and across the world, in places like Australia, Guatemala and Macedonia. Johnson, who lives on the coast with his wife, Jennifer, has especially enjoyed working directly with growers and developing ties with them.

Though a number of other job offers came his way, he chose to remain with the Extension because he felt he was making a difference.

"I’ve been to weddings and funerals, and I’ve been at their tables and had calls in the middle of the night when things aren’t working. It’s a lot more than punching a clock. It’s personal."

Now, he can do what he wants to do instead of what he has to do. This winter he will return to Australia to work with the seed industry there, and he plans other projects to help people learn more about the science of agriculture. 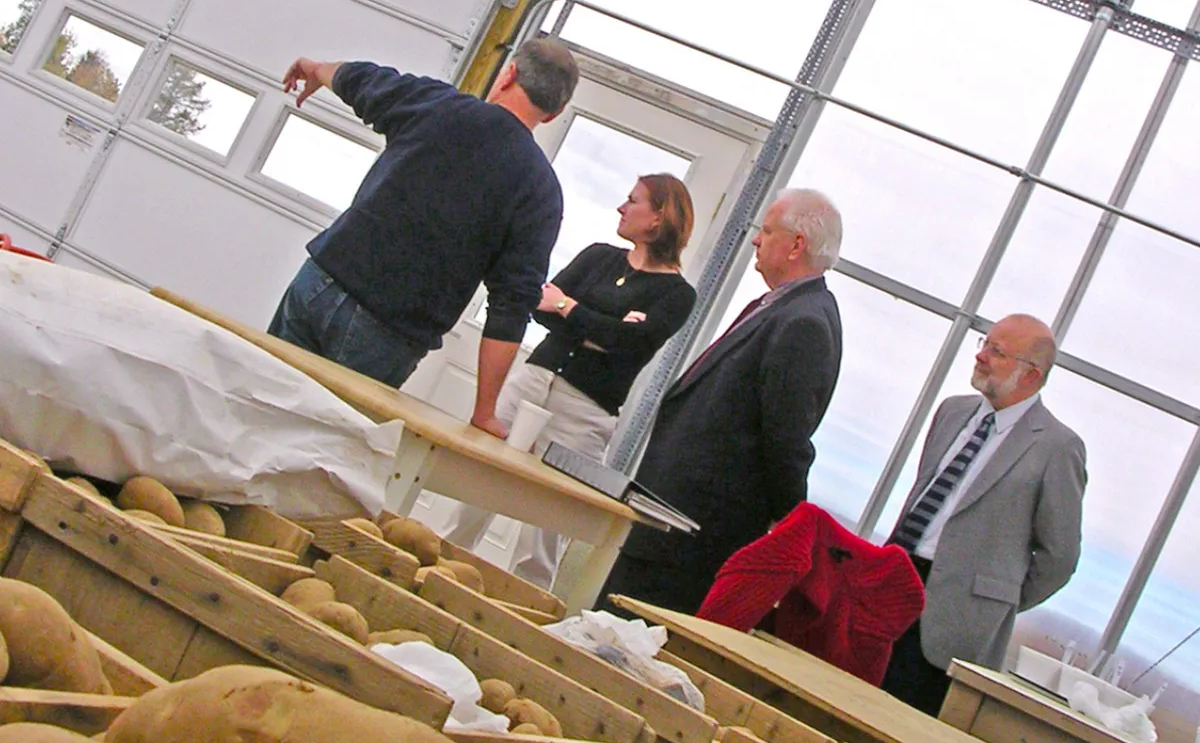 Steve Johnson (left), crop specialist with the University of Maine Cooperative Extension, gives a tour in 2004 of the greenhouse facility at the Aroostook Farm in Presque Isle. With him are UMaine representatives, from left, graduate student Erica Fitzpatrick, Interim Provost John Mahon and Michael Eckardt, vice president for research. (Courtesy: Rachel Rice / BDN)

But what means most to him is bringing American technology to places in the world that really need it, which he has done as a volunteer scientist in several countries. Advances in potato storage have resulted in temperature- and moisture-controlled environments that mean spuds can be stored well for a long time.

But in Guatemala’s mountainous terrain, where there is no electricity, Johnson worked with diffused light storage, an economic option that keeps potatoes in indirect light with good ventilation. The concept is huge there, because if the people don’t have potatoes, they don’t eat, he said.

He brought some of Maine’s potato varieties to Macedonia and the Dominican Republic, worked with potato processors in New Zealand and wrote a program to predict late blight in Australia. He introduced mechanical planters to farmers "down under." Since the advent of COVID-19, he has coordinated international Zoom sessions where growers can share knowledge across borders.

"That’s the sort of stuff that I have done for years — bringing the technology that we have here to other places. So much of it wasn’t heard of years ago, and now we’ve brought it in and it’s standard procedure. It’s pretty cool."

Labor shortages and climate change are among challenges facing the potato industry and all of agriculture. Just like in the U.S. and Canada, growers in Australia and New Zealand have trouble finding workers. When Johnson was there in the mid-1990s, farmers would go to the pubs and round up people who wanted to work.

Now they depend on young people backpacking through the country, who work for a bit to make money and then move on. Though there are people who don’t believe it, the climate is changing, Johnson said. Maine’s weather is getting hotter and rains are more intense, yet periods of drought are on the rise.

"Everyone’s getting a pattern. We’ve recently seen some Augusts that Jesus and Steve can both walk across the Aroostook River, and sometimes it’s spilling the banks. We were certainly more predictable years ago."

The good news is growers dealing with drought are irrigating more, and potato breeders at UMaine and Presque Isle’s Aroostook Farm are exploring drought-resistant varieties. The Russet Burbank is popular because it’s consistent in changeable conditions, and there are also African varieties that can survive a lot of environmental abuse.

But it’s difficult to prepare for climate change because no one knows exactly what the changes will be, Johnson said. Though farmers are concerned about it, the realities of fuel costs, labor, fixing equipment and marketing the crop put climate worries on the back burner.

Still, he thinks potatoes will remain Aroostook County’s No. 1 crop. Though there may be fewer farmers, there are more large farms that are increasing their acreage. Growers are planting earlier and have bigger equipment, and they’re delving into soil chemistry and other agricultural technology like never before.

"I expect the potato to reign supreme. Maine is always going to be a good storage area. I think that one of our strengths is storing and delivering potatoes 12 months of the year."

The National Potato Council is looking after the interest of the potato growers in the United States. The NPC website provides information on potato history, potato cultivation, potato statistics and US state potato organisations
Упомянутые сорта картофеля