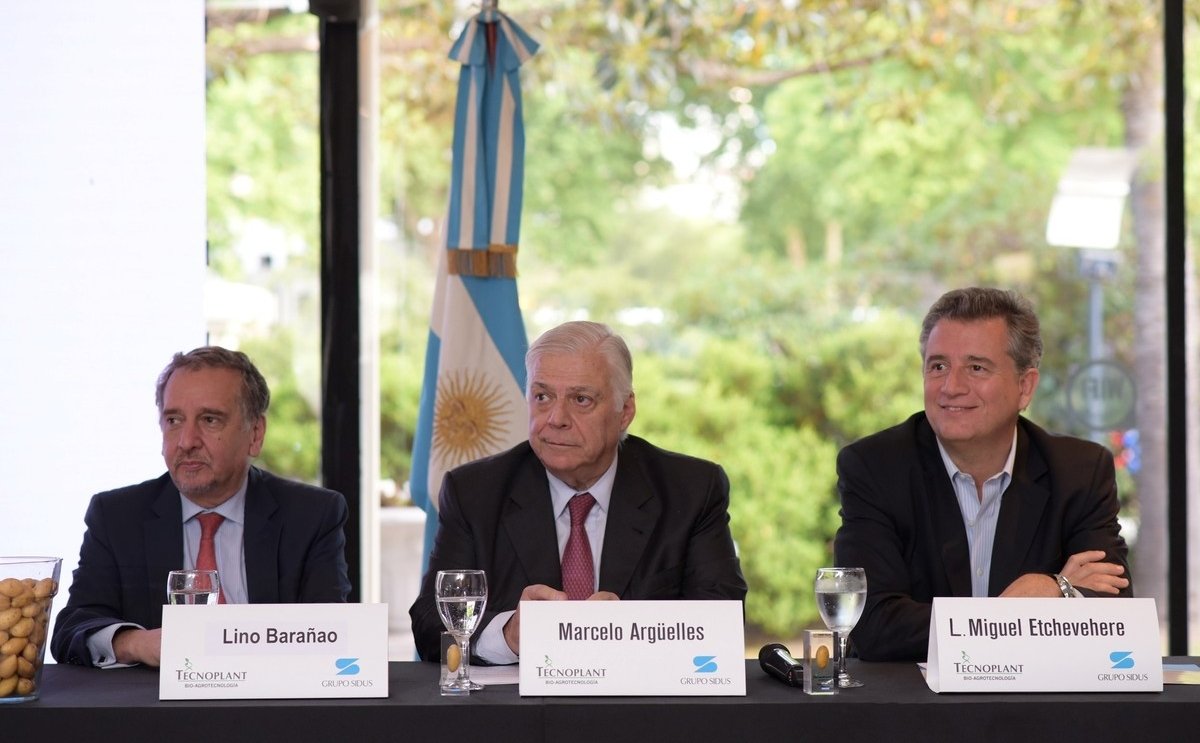 The head of the Sidus group, Marcelo Argüelles, presented the biotechnological event flanked by the Secretaries of State Lino Barañao and Luis Miguel Etchevehere, of Science and Technology and Agro-industry, respectively.

After 20 years of biotechnological research, the first GM potato that is resistant to the PVY virus will go on sale next year in Argentina

Its productive and economic benefits are estimated at 45 million dollars per year in the Argentine market alone.

This transgenic potato is an achievement of Tecnoplant, of the Sidus group. On August 8, this new potato variety got all the phytosanitary approvals it required and on December 10 it was officially launched at 'la Rural' trade show in the presence of Government officials, scientists, and entrepreneurs of the agro-industry.

“The Spunta TICAR potato is the culmination of a long process and the realization of the country's first transgenic plant. We arrived first and that implies we have to continue working to contribute solutions to the sector.”

Marcelo Argüelles was accompanied by the Minister of Science, Technology and Productive Innovation, and the Minister of Agro-industry, Lino Barañao and Luis Miguel Etchevehere, respectively.

In addition to increasing productivity and having a better quality, this type of potato 'will prevent losses in the productive performance, which can decrease by 70% due to viral infection, and offer environmental benefits, as producers will use less agrochemicals.'

Potato crops are susceptible to many diseases caused by different phytopathogenic agents, such as viruses, bacteria, and fungi. This causes considerable losses for producers dedicated to the cultivation of potatoes. Thus, the development of varieties that are resistant to these diseases is of interest for national and international producers.

For several decades, the Sidus group has been investing a large amount of human, scientific and financial resources to promote this initiative. The PVY virus-resistant potato is an unprecedented case at the international level as a national company created a transgenic plant that will impact the value chain thanks to the joint work of scientists, producers, entrepreneurs, and the State.

“These processes prove that there is a technology beyond computing and the digital world.”

“This biological technology is a clear demonstration that we must bet as a country to the development of other technologies.”

Where
No location added