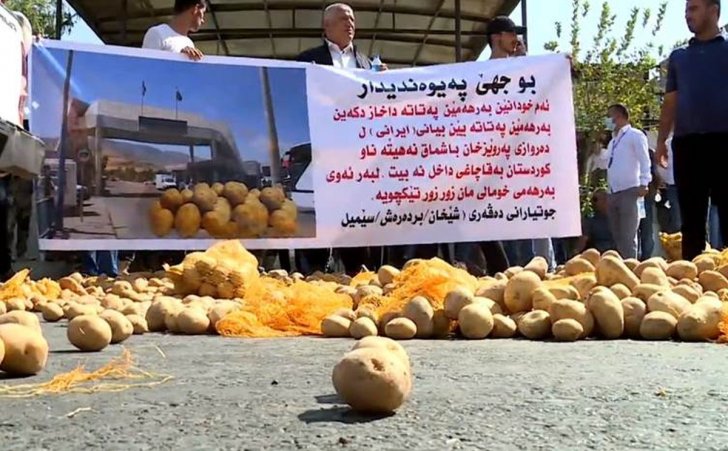 Farmers dumped their potatoes in front of the Kurdistan Regional Government (KRG)'s agriculture ministry in Erbil on Thursday, protesting banned imports that have pushed their produce out of the market.

“Look at our potatoes. They have no problems. We have brought the potatoes here because we cannot sell them due to imports from Iran and Syria.”

Mounds of potatoes dumped into the street blocked the road in front of the ministry building.

The ministry banned potato imports in August, but this has not stopped the trade, especially from Iran. Farmers claimed that businessmen were paying around USD 1,700 to officials at the borders to smuggle potatoes into the Kurdistan Region.

A farmer holding up his produce:

“Is this like the Iranian potato? Their potatoes are black and not edible even for animals.”

Potato farmers protest in front of the agriculture ministry in Erbil on September 24, 2020.

A kilogram of locally grown potatoes sells for 300-350 dinars, while smuggled spuds can be bought cheaper, 200-250 dinars per kilo.

The Kurdistan Region consumes 90,000 tons of potatoes per year and produces more than it needs, selling about 70 percent to other Iraqi provinces, according to data obtained from the ministry. Farmers waiting to move their potatoes have to pay up to 100,000 dinars (USD 81) per day for cold storage.

“Upholding the import ban rests on the shoulders of ministries who control the border crossings.”

“What falls on me is to confiscate the imported produce in the wholesale places and the markets.”

This year, the Kurdistan Region produced about 300,000 tons of potatoes, according to official figures. 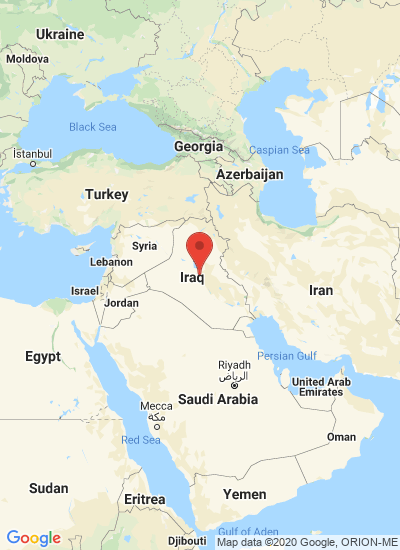