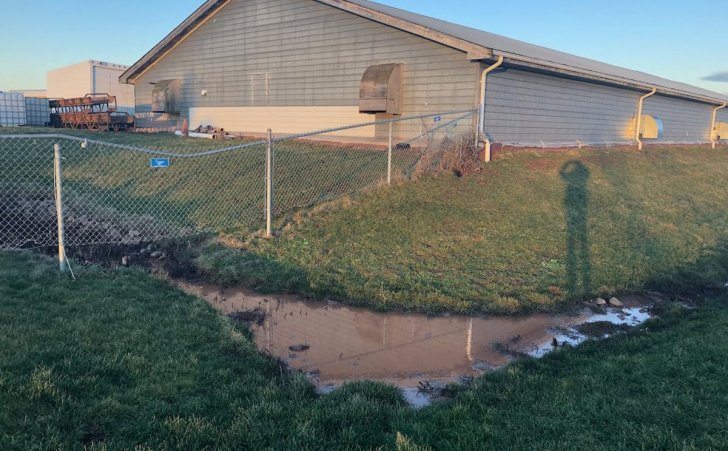 When the spill was detected, P.E.I. Potato Solutions was directed to stop the flow of waste water and remove any waste water from ditches around its property (Courtesy: Brian Higgins/CBC).

The owners of a potato facility in New Annan confirm they will not dispute a CAD1,000 fine they received following a spill of waste water at the end of 2020.

"There's certainly no disputing it. It happened on my watch … and it's regretted."

The spill from waste water lagoons at the operation was discovered on Dec. 26. Grey wastewater ended up flowing into the headwaters of the Barbara Weit River. There were no reports of fish dying.

Roberts said the lagoons overflowed after some rain. The potato-washing facility had shut down for a few days over Christmas, so not many staff were around at the time the problem occurred.

"They were also charged under Section 20(a) of the Environmental Protection Act, discharging or causing or permitting a contaminant to be discharged. Tickets were issued Jan. 18, 2021. The fine is CAD1,000."

Roberts said the business is close to transferring operations into a new building with a new process that "will eliminate the lagoons altogether, so there's no threat of that ever again."

That CAD4-million facility, which should be up and running by mid-March, will let managers recycle all the waste water produced during its operation.