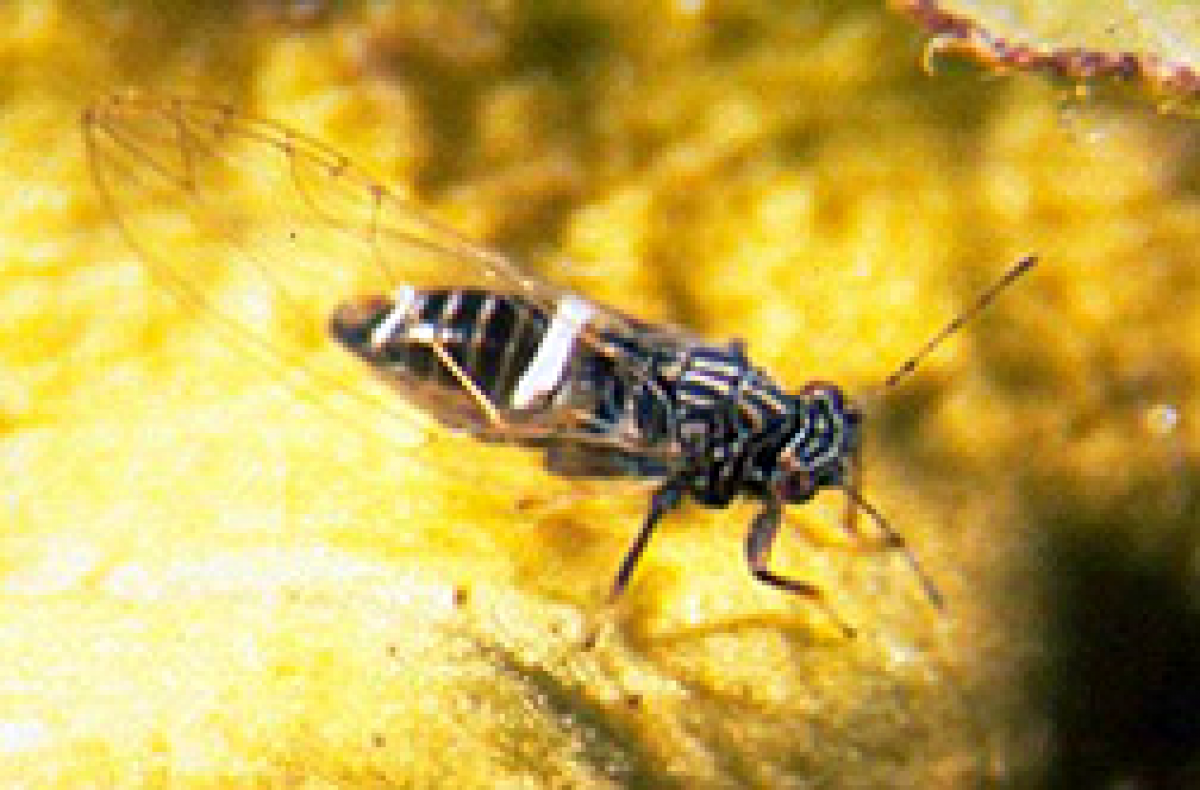 It appears that potato psyllids, the tiny winged insects that can spread zebra chip disease in potato fields, will overwinter in Boise, Idaho, this season, despite the city experiencing one of its coldest Januaries on record.

Zebra chip, which creates bands in tuber flesh that darken when fried, first arrived in the Pacific Northwest in 2011.

It's caused by the Liberibacter bacterium, which can be harbored by aphid-like potato psyllids that tend to migrate to the region from the south during summer.

Andy Jensen, regional research director for the Idaho, Washington and Oregon potato commissions, found overwintering psyllids in Boise last season, but speculated a mild winter may have aided in their survival.

According to the National Weather Service, Boise started this year with the 10th coldest January since the 1860s, when weather records were first kept. For the month, the average temperature was 19.6 degrees F (-6.9 Celcius) , 11.7 degrees F below normal.

Nonetheless, Jensen, an entomologist, had little trouble finding living psyllids when he searched the Boise area in early February, and again this month.

The Idaho Potato Commission is a state agency with many responsibilities, including the promotion of Idaho Potatoes.
Read More
University of Idaho Extension

The mission of University of Idaho Extension is to improve the lives of Idahoans by providing research-based education and information that help our citizens solve problems. The University of Idaho Extension is involved in a range of activities related to the potato crop.
Read More
Related Topics
Potato Supply chain
Research
Industry Associations
Zebra Chip disease
Highlighted Company