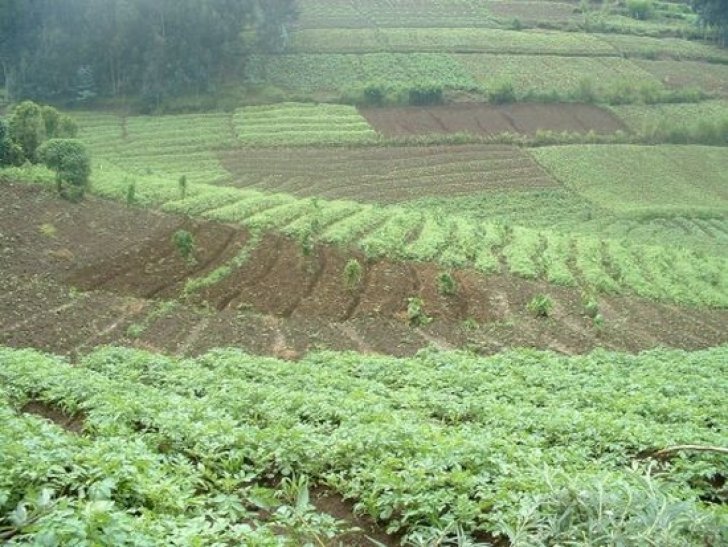 “Retailers from Kigali are currently buying the crop at between Rwf70 and Rwf100 compared to Rwf120 in August,” Tuyizere Innocent, a farmer in Shingiro sector, Musanze District, said.

A kilo of Irish potatoes is currently at between Rwf150 and Rwf170 in Kigali markets compared to Rwf250 and Rwf300 three months ago.

Tuyizere said besides the seeds, farmers bought fertilisers at Rwf650 per kilo. He added that the price of fertilisers has gone up from between Rwf320 and Rwf400 a kilo to Rwf650 in the past one year.

He said farmers like him who invested a lot of money in the crop could lose their investment, adding that farmers should at least be paid Rwf150 per kilo so farmers can earn some profit.

“I leased one-tenth of a hectare (isolo) at Rwf40,000 per season, bought four sacks of seeds worth Rwf150,000 and applied 100kg of fertilisers worth Rwf55,000, plus other costs. But I fear that I will not be able to recoup all the money I invested in… I won’t even get Rwf250,000 from the two and half tonnes of Irish potatoes I have harvested if I sell at Rwf90 a kilo,” lamented Tuyizere.

Pascal Twizerimana, an agronomist with Imbaraga Farmers Association in Musanze District, attributed the low prices to oversupply, saying it is currently a harvesting season for Irish potatoes.

Theogene Nzabanita, a farmer in Kinigi sector, said most small farmers are forced to sell all their produce at giveaway prices to cater for their families’ needs and pay school fees for their children.

Theophile Ndacyayisenga, the in charge of research of Irish potatoes production at the Rwanda Agriculture Board (Rab), advised farmers to form groups so they can be able to market produce collectively and get better prices. He noted that when they are in groups they can also be able to build storage facilities to store the produce until there are better prices on the market.

Ndacyayisenga, however, said they are sensitising farmers on how they can guard against price fluctuations to earn better from their efforts.

He said the government gives farmers a fertiliser subsidy, where they buy each kilogramme at Rwf550 instead of Rwf650 on the open market as part of efforts to increase crop production in the country.

However, this support does not apply to seeds.

Agriculture ministry officials are hopeful that farmers will be able to get a steady market and better prices when the potato processing plant being set up in Musanze District starts operations by June next year.
Source
The New Times
Like to receive news like this by email? Join and Subscribe!
Related Topics
Potato Supply chainPotato Prices