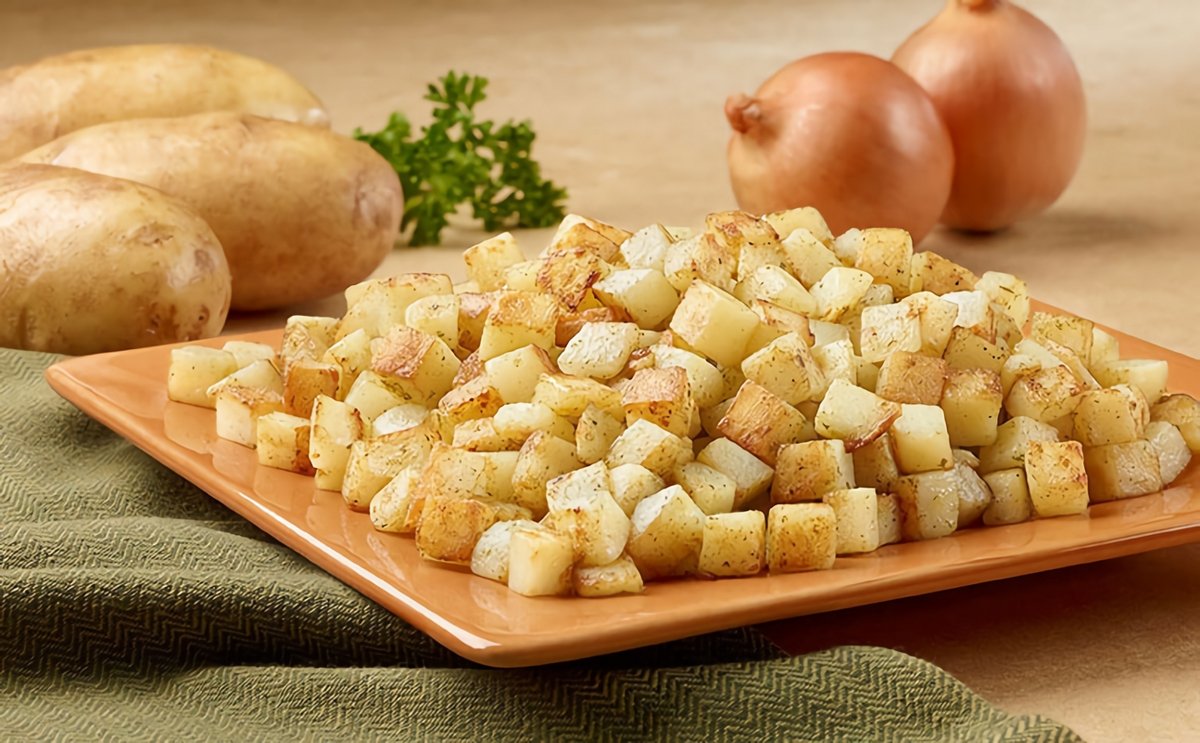 One of the many potato products manufactured by the Pineland Farms Potato Company.

Pineland Farms Potato Company, Inc. (PFPC), located in Mars Hill, Maine confirmed the signing of a Stock Purchase Agreement with Bob Evans Foods (BEF) of New Albany, Ohio. Under the Agreement, BEF will acquire 100% of the stock of PFPC. The Agreement, signed January 23, 2017 anticipates closing the transaction on or about April 28, 2017.

Bill Haggett, Chairman and CEO of Pineland Farms Potato Company, reported that the company which specializes in state of the art production of top quality refrigerated potato products in various forms, has had excellent, high volume business relationships with Bob Evans Foods dating back to 2002.

Today, the company ranks itself among the most efficient refrigerated potato producers in America, while purchasing over 100 million pounds of Maine grown potatoes annually. With its diversified refrigerated potato production capabilities and years of close working relationships as a major supplier to BEF, Pineland Farms Potato Company anticipates an orderly ownership transition period.

“We have made tremendous strides in Maine, but there are practical limitations on how much further current owners would be able to take this business.”

“Bob Evans’ ownership adds new dimensions which will greatly strengthen the company to the long-term benefit of employees, potato growers, the economy of northern Maine and our superb customer base.”

Rodney McCrum, President and Chief Operating Officer and his entire staff are expected to continue their roles as the management team of Pineland Farms Potato Company.

“They are the ones who made this all happen.”

“The unparalleled quality of the products speaks for itself and the rest of the industry has come to recognize it.”

“Our investment in the potato company some years ago was intended to build a first-class Maine potato business, to provide a value-added outlet for area growers and to create good jobs. We couldn’t be more pleased with an outcome that propels all facets of company on to the next level nationally.”

Libra’s President and COO Jere Michelson indicated that partnering with Bob Evans is an extraordinary fit for Pineland Farms Potatoes.

“Bob Evans shares key core values and goals with our company. This industry leader’s entry into Maine is something we have been working toward for a long time. They are the ideal stewards for the enterprise and its people.”

The transaction relates only to the Pineland Farms potato operations based in Mars Hill, and has no effect on Pineland Farms’ natural meats company, its cheese operations or the business real estate/farm campuses in New Gloucester and Gray, Maine.

Bob Evans farms, Inc is a publicly traded company focused on the production of convenience foods, including a range of potato products. Prior to 2017, the company also owned and operated a restaurant chain of over 500 full-service restaurants.
Read More
Related Topics
Potato Cultivation
French Fries and Potato Specialties
Ingredients
Other Potato Products
Mergers and Acquisitions