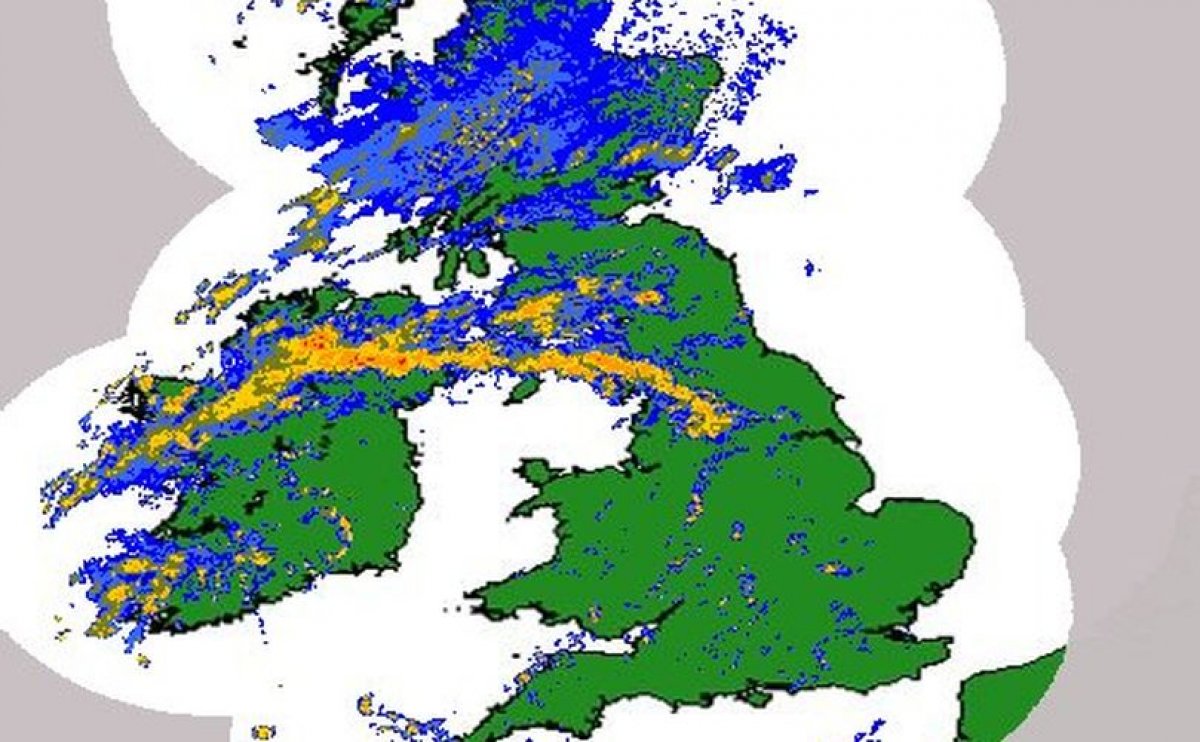 Heavy rains again in Northern Ireland and beyond, according to this weather map of the United Kindom and Ireland on Tuesday April 3, 2018 (Courtesy: weatherweb.net)

This year has seen the latest ever planting of early potatoes in Northern Ireland as farmers battle poor weather conditions, according to industry leaders.

It is understood potato growers still have not lifted large swathes of their harvests from last year and many are already behind schedule planting this season's early crops.

Lewis Cunningham, managing director of Craigavon-based potato firm Wilson's Country, said they estimated that 60% of this year's early crops have been planted, but growers are nearly a full two months behind their normal planting schedule.

Robert Sibbett, chair of the Ulster Farmers' Union's potato committee, said that for many farmers in Northern Ireland, the situation is becoming critical.

“This is a problem across Northern Ireland and for many farmers it is even worse than a one or two month delay.”

“Being a farmer in Northern Ireland, you can never really rely on the weather, but this year has been particularly bad. It has just been constant rain and it's very, very cold.”

“I know potato farmers who were supposed to be planting in January and still haven't.”

“Things were drying up for a week or so there, but the weekend just brought with it more rain and here we are back to square one again.”

Mr Cunningham said this week has seen a major push by early potato growers in North Down to get their crops in the ground.

“It will take weeks of dry, hot weather to get these crops ready for the normal start of the earlies' season in late June or early July.”

“And, in this country, such growing conditions can never be guaranteed.”

The delay in planting "earlies", as they are known, follows-on from a very poor 2017 for main crop harvests.

"Earlies" might not be that early this season in Northern Ireland

Mr Cunningham estimates that approximately 2,000 acres of potatoes didn't get lifted at harvest time last year and had to stay in the ground over the winter months.

“Widespread frosts over the last few months will have penetrated the ground, down to two or three inches in places and with lots of rain in between the frosts. The quality of these crops is really in question and hence growers face potential for significant loss.”

“Above average yields from the harvested crop last year has compensated for not having these crops available. As a result, the overall market is not seeing any rallying in price.”