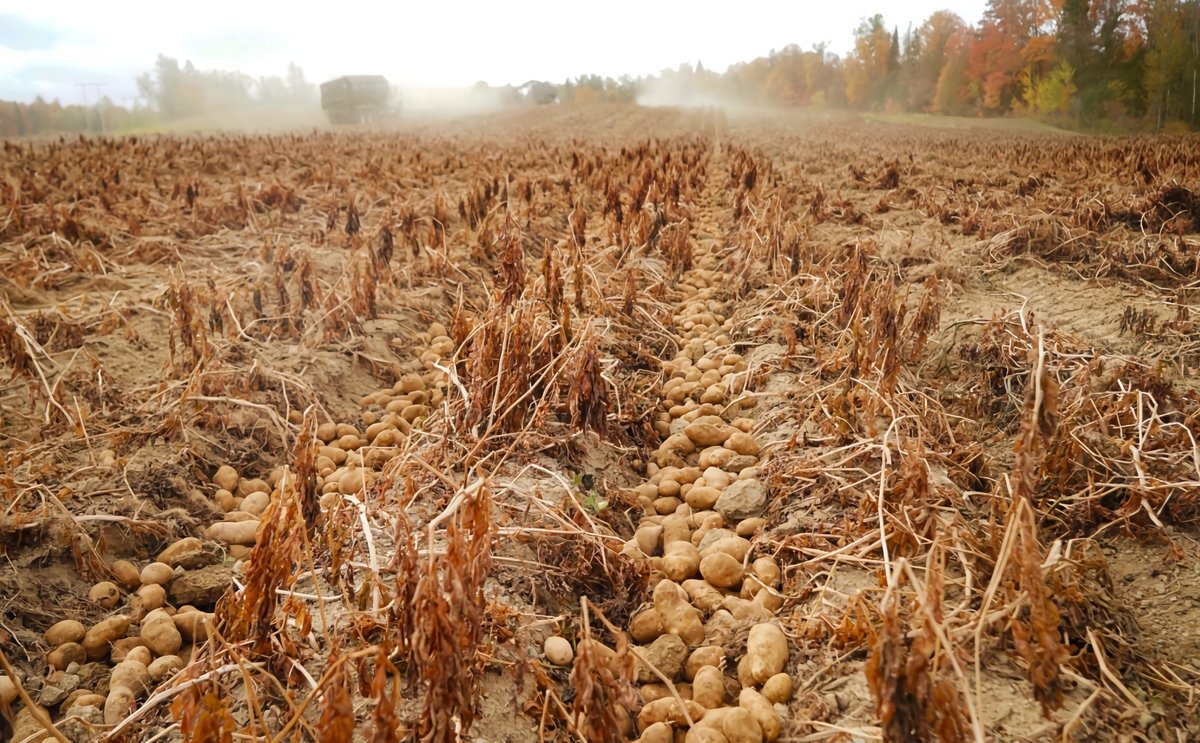 After losing two nights of sleep over shrinking potato yields, Kevin Grass rolled out of bed at 3 a.m. on a late-September morning and began crunching numbers to figure out how he’s going to cover this year's outstanding farm bills.

“Our yields are way off.”

Said Kevin as he steered a 15-ton potato harvester forward while jotting down notes on the crop and monitoring his crew — tasks he's come to master simultaneously over the last 30 years.

Grass owns and operates Grass Farms with his father — Duane Grass — in Mars Hill, a town that sits less than a mile from the Canadian border in northeast Aroostook County.

Bright autumn colors coupled with pockets of dark green pines line the county this time of year, but ongoing drought has cast a shadow over the peaking fall foliage. The potato harvest, which began in late August, will come to an end in the next couple of weeks.

Potato yields at Grass Farms are down a third this year, and its seasoned farmers point to the drought as the driving force. Rain is essential for non-irrigated farms like the Grass’ because they rely on the frequency of Mother Nature’s rain spells to bring the 200 acres of potatoes they farm to market.

Duane Grass, 77, a third-generation potato farmer who has worked the land for 57 years:

“Above-normal temperatures and far-below-normal precip(itation) — that combination is particularly bad for agriculture.”

Scientists coined this combination of conditions as a 'flash drought,' which kicked in during mid-June, according to Stasulis.