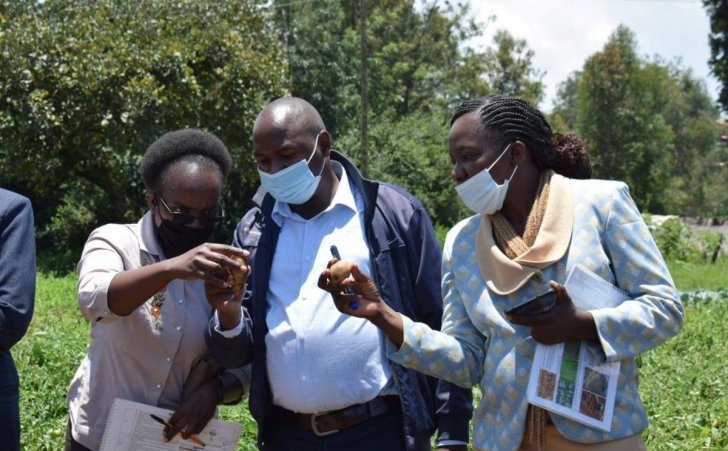 Kenya has applied for a Sh656 million grant from the International Fund for Agricultural Development (IFAD) to boost research on potato seed production and cut reliance on imports.

The fund will be used to increase the availability of certified seed in the country and cut the imports of tubers, which has been blamed for introducing foreign pests in the country.

At the moment, Kenya relies on Netherlands for importation of potato seed for production as the country hardly produces enough to be supplied to farmers.

"We do not produce enough potato seed in the country and we always have to import for multiplication before we distribute it to farmers. With these funds, we shall be able to produce good quality tubers and produce enough for our needs."

Speaking during a workshop on tuber crops in the country, organised by Self Help Africa, Prof Hamadi said Kenya only produces below two percent of the recommended seed.

He said Kenya is relying on countries like Tanzania to meet the Irish potatoes demand as the current variety that farmers grow does not meet the required quality for making food such as French fries.

Scientists at Kenya Agriculture and Livestock Research Organisation (Kalro) have been calling on a ban in imports of all potato seed and instead want the government to pump more money towards research to enable local production of seed and avert diseases and pests that come with importation of the material.

Kalro has licensed Kevian Limited to commercialise five of its high yielding potato seed varieties in a 15 year contract to boost production of the right variety required by the multinational franchises, who have for years relied on imports to meet their customers’ needs.

The 15-year partnership will see Kevian — the makers of Afia and Pick N Peel — pay Kalro royalties at the rate 2.5 percent of their total annual sales from the potatoes.

Kevian will distribute the improved seeds to farmers in potato growing regions, and later on purchase the harvest from the same growers for processing.
Source
Business Daily Africa
Like to receive news like this by email? Join and Subscribe!
Related Companies