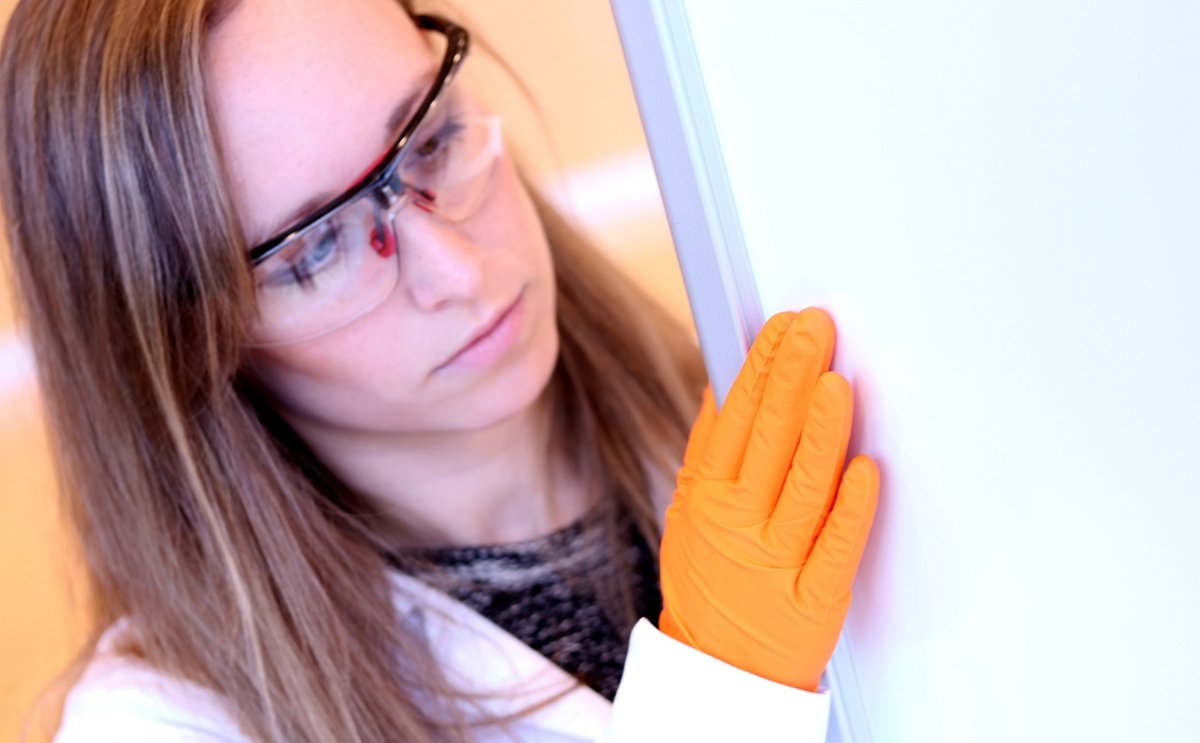 In future, indoor aluminum surfaces should also be cost-effectively coated with paints based on potato starch.

If a surface has to be protected against corrosion, in 80 percent of all cases this takes place through coating it with paints or varnishes.

When doing so, the proportion of bio-based, environmentally-friendly solutions is extremely small.

The focus of the research is on potato starch.

Climate change, finite resources, increasing burdens on the environment mean that more and more industries are focusing on sustainable production. And this is also the case in the production of coatings such as paints and varnishes.

In Germany alone, 100,000 tonnes of coating materials for protection against corrosion are produced every year.

However, in the past, paints and varnishes with bio-based binders or film formers have usually been too expensive or could not meet the requirements.

But through the use of modified starch, scientists at the Fraunhofer IAP have found a way which even in this field makes sustainable and cost-effective solutions possible.

Christina Gabriel, scientist at the Fraunhofer IAP in Potsdam-Golm:

“Until now, traditional industrial fields of application of starch have been the paper/cor­rugated cardboard and adhesives industries.”

“In the field of paints and varnishes on the other hand, starch was usually only used as a additive.”

“With starch as the main component of a water-based dispersion, we now have very promising adhesion results.”

At the center of the research is the coating of metals for indoor use, for example aluminum, which can be used, e.g. for fire doors, computer housings or window frames.

From potato starch to film former

The use of starch as the main component of paints and varnishes posed various challenges to the Fraunhofer experts.

“Film formers must fulfill several tasks. They must form a continuous film, which adheres well to the substrate material, is compatible with additional layers and additives and can embed pigments and fillers as well.”

“In its natural form, however, starch exhibits several proper­ties, which stand in the way of its use as a film former.”

“For example, it is not soluble in cold water and neither does it form continuous, non-brittle films.”

“We therefore had to modify the starch to adapt it to the requirements, as in spite of all the challenges, as a renewable and cost-effective raw material, starch is of great interest for many sectors.”

The solution by the Potsdam scientists involves an initial degradation step of the starch in order to improve its solubility in water and the subsequently associated solids content of the starch in water, as well as its film forming ability. However, in order to produce a starch-based coating material, which is comparable with a conventional coating, this is not yet sufficient, as although the film former should initially be soluble or dispersible in water, the coating must subsequently no longer dissolve in water.

The starch must therefore be modified further. This takes place by way of a chemical process known as esterification. The resulting starch esters are dispersible in water, form continuous films and have very good adhesive properties on glass and aluminum surfaces. In cooperation with the Fraunhofer IPA, the esterified starch is then "cross­linked" through which the sensitivity of the coating to water is reduced further.

The stability tests to check the long-term stability are then also carried out at the Fraunhofer IPA. In the tests, the coated materials are exposed to rapidly changing temperature cycles in a time-compressed form to simulate the change from day to night and the course of the seasons. In addition, the test objects are exposed to electrolyte-enriched water in order to see how the coating reacts to water and how resistant it is under extreme conditions.

In the next step, the resistance to corrosion and adhesion of the modified starch on different metal substrates is examined.

New "recipes" are also being tested, which are intended to optimize the properties of the coating even further.

“Apart from the already tested aluminum, two other important metals, steel and galvanized steel, are to be tested.”

“Our investigations show that with its good film forming and very good adhesion properties on various substrates, starch esters have the potential to be future alternatives to petroleum-based film formers in the coatings industry.”

Fraunhofer Gesellschaft is German Research Organisation. It is the largest organisation for applied research in Europe
Lees meer over:
AardappelzetmeelDuurzaamheidOnderzoek en ontwikkeling (R&D)