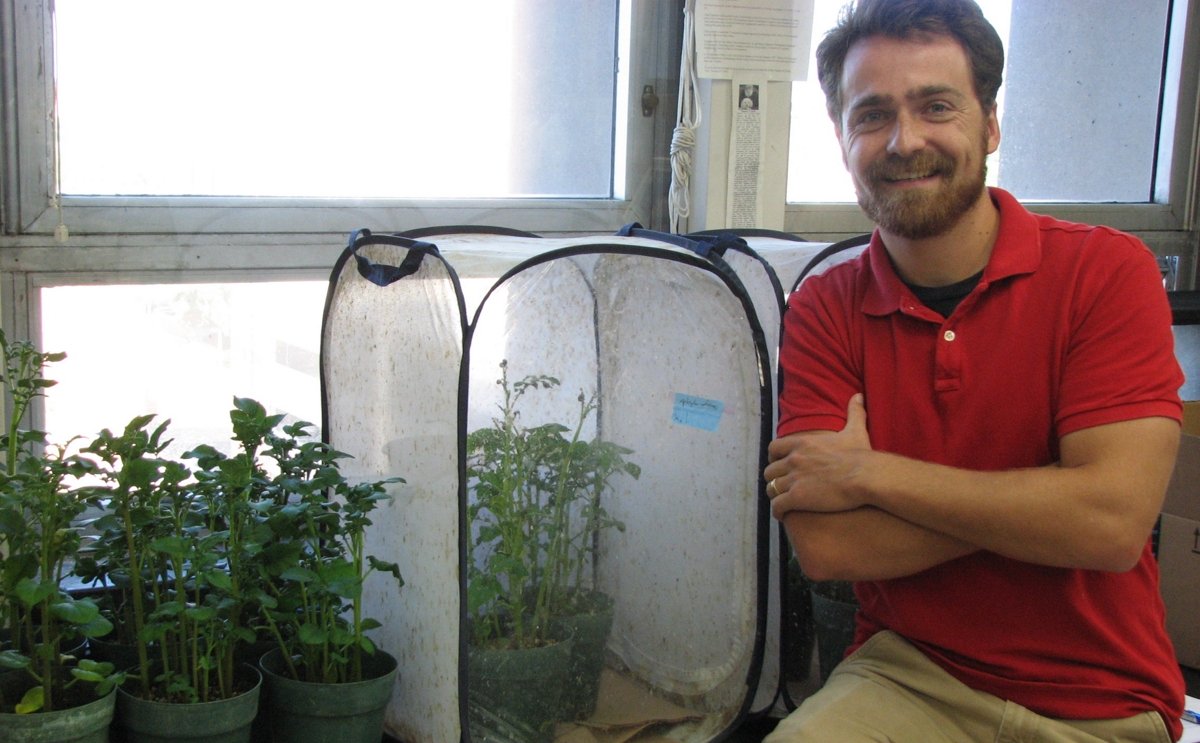 Justin Clements, a fifth year doctoral student in the Molecular and Environmental Toxicology Center working in the Department of Entomology at the University of Wisconsin-Madison, is the recipient of the 2016-2017 National Potato Council Academic Scholarship

The National Potato Council (NPC) is pleased to announce that Justin Clements, a fifth year doctoral student in the Molecular and Environmental Toxicology Center working in the Department of Entomology at the University of Wisconsin-Madison, is the recipient of the 2016-2017 Academic Scholarship.

The $10,000 award is provided annually to a graduate student with a strong interest in research that can directly benefit the potato industry. Clements is focused on uncovering molecular mechanisms of insecticide resistance in the Colorado potato beetle (CPB). His work is timely and important as scientists seek to learn more about neonicotinoids and how pests react and develop resistance to them.

Further understanding of the mechanisms involved will play an important role in achieving long-term success against resistant pests. Clements’ work on targeting specific genes also seeks to establish a more sustainable crop management program to deal with resistance in the field.

According to Dr. Russell Groves, who oversees the Entomology lab where Clements currently does his research, Clements is an ideal candidate for the scholarship:

“He nicely blends theoretical and empirical insect genetic investigations with resistance management, and is very well regarded in the upper Midwest region, where producers have taken great interest in the results of his graduate research.”

Groves believes that Clements’ research could result in novel technologies that limit the resistance development in the beetle.

“I continue to be very impressed with his research productivity and the potential impact this area of investigation holds for the future of pest management in potatoes,” Groves wrote in his recommendation.

“I am very grateful for this award as it means a lot to be able to continue my work.”

“Wisconsin is at the forefront of potato research and I’m very happy to be part of it.”

“This award will help me continue my research and present at conferences, such as the Wisconsin Potato & Vegetable Growers Association Conference, where I have presented multiple times. Attending allows me to share knowledge from the lab with those in the potato industry. ”

The awardee told the NPC he plans to continue studying CPB during his postdoctoral work.

Clements grew up in Los Alamos, New Mexico, and received his undergraduate degree in biology at New Mexico Institute of Mining and Technology. In addition to conducting research, he has been a Teaching Assistant and Wisconsin Alumni Research Foundation Student Ambassador who promotes engagement with campus researchers through departmental seminars. He has served as a coordinator to get younger students involved in science and works with new students to orient them to graduate school life.

As an assistant lecturer at Wisconsin, he helped redesign a course called Ecotoxicology, and gave lectures regarding the evolution of pesticide resistance to other students.

NPC is pleased to recognize such a promising scientist who is dedicated to helping the potato industry.

The National Potato Council is looking after the interest of the potato growers in the United States. The NPC website provides information on potato history, potato cultivation, potato statistics and US state potato organisations
Read More
University of Wisconsin

The University of Wisconsin is involved in a range of potato related research programmes.
Read More
Wisconsin Potato and Vegetable Growers Association (WPVGA)