A British ambassador, Sir John Malcolm, is said to have introduced the potato to the royal court of Persia during the early 1800's. For a time, the tuber was known as "Malcolm's plum", but it's called the "earth apple" by today's Iranians.

Iran is the world's No. 12 potato producer and the fourth biggest in Asia, after China, India and Bangladesh. Since 1961, production has increased more than 15 times over. In 2007, the country's farmers achieved an all-time record harvest of 5.24 million tonnes, with per hectare yields averaging 25 tonnes. The potato is one of Iran's leading agricultural exports, with shipments in 2005 totalling around 166 000 tonnes.

Potatoes are grown mostly under irrigation around the southern shore of the Caspian Sea, in the Zagros Mountains, and on the southern lowlands, alternated with wheat, vegetables, sugar beets and fallow in three- or four year rotations.

Traditional varieties prized for their culinary qualities continue to be grown in the mountainous north. 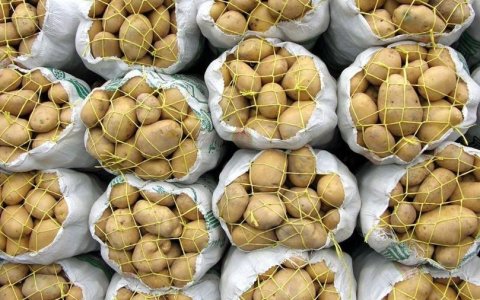