Potato Tuber Moth (Phthorimaea operculella) populations are on the increase across southern Europe, particularly around Mediterranean basin, and are likely to lead to significant in-store losses and threaten the trade of infected tubers.

This is the warning from DuPont following its monitoring of pest populations for the past three years. “We have seen a significant increase in Potato Tuber Moth populations and in-store damage since we started our monitoring,” says the company’s Giuseppe Ceparano. “Our pest traps have highlighted that the moth is rapidly becoming a significant pest of potatoes in the warmer growing regions such as Turkey, Greece, Italy and Egypt. However, we have also seen the pest moving steadily northwards with reports that it has now reached as far as the south of France.” 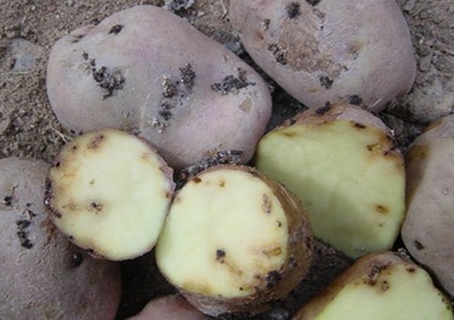 While the damage caused to foliage doesn’t normally reduce yields, infestation of tubers can lower or totally erase their value. Infested potatoes are unmarketable for either the fresh market or processing purposes, and if left untreated, damage to stored potatoes can be severe or total.

“The best control is achieved by managing the pest in the field, so the number of eggs on tubers carried into storage is reduced” advises Mr Ceparano. “The optimum time for in-field treatment is prior to harvest. Monitoring the flight of adults and spraying when threshold levels are reached will interrupt the lifecycle and reduce the number of eggs able to infect tubers”. 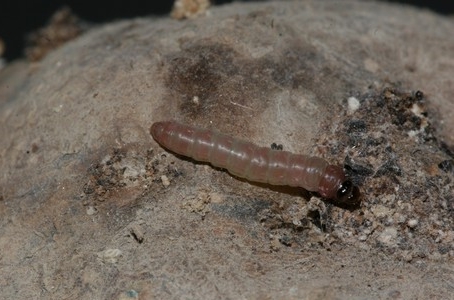 Most damage occurs when eggs hatch into larvae in-store, so pre-harvest sprays to prevent egg-laying are critical

“We’re not sure why we are seeing the increased populations or why the pest is moving northwards so quickly,” adds Mr Ceparano. “The trading of infected potatoes is very likely to play a part in the movement, and we know that processors are becoming more concerned about the pest. As a result, we are recommending that growers in likely problem areas monitor their crops closely in the run-up to harvest and treat if adult moths are seen.”

Mr Ceparano believes that increased monitoring by DuPont can also improve a grower’s knowledge of the lifecycle and habits of the potato tuber moth and thus further improve its management. “Small changes in agronomic practices, irrigation methods and harvest management, combined with an appropriate spray programme and careful consideration of transport and storage conditions could help form part of a blueprint for preventing losses caused by this important potato pest.”
Source
DuPont
Related Companies
DuPont
DuPont is a diverse company with a wide range of activities, including activities in agriculture and food.
Read More
Related Topics
Potato Supply chain
Potato Storage
Potato Defects and Diseases
Potato Tuber Moth
Highlighted Company