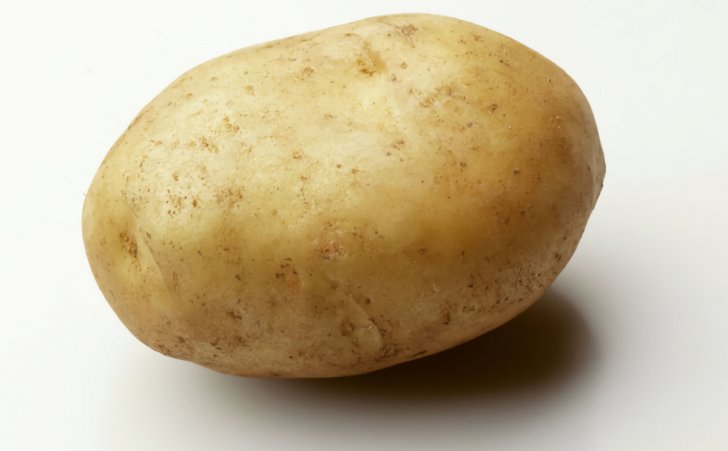 Bintje - a Dutch potato variety bred over a century ago (1904) - is still very popular in the Netherlands and Belgium, especially for the production of French Fries, but its sensitivity to potato diseases is a major concern.

Scientific results of the potato field trials in Flanders and the Netherlands demonstrate that gene stacking is necessary for a strong and lasting resistance to late blight (Phytophthora infestans).

Flemish researchers from Ghent University, VIB and ILVO (involved in the Wetterese GMO potato field trial in 2011-2012) and their Dutch colleagues from Wageningen University & Research Centre have now published the results of their field research in the journal Crop Protection.

The clear conclusion is that only a stack of several genes provides a good resistance to Phytophtora. According to the researchers, potato plant breeders must therefore use a combination of natural resistance genes (which have not previously been applied), to develop new varieties that are less susceptible to diseases.

The field trial with GM potatoes in 2011-2012 in Wetteren caused quite a stir at the time. At least one and up to three natural resistance genes were added to the potatoes, against blight caused by the fungus Phytophthora infestans. Late blight is the greatest threat to potatoes. It is estimated that the disease annually causes 55 million euros in economic damage in Belgium. Potato growers spray on average 15 times a season to keep the disease under control. 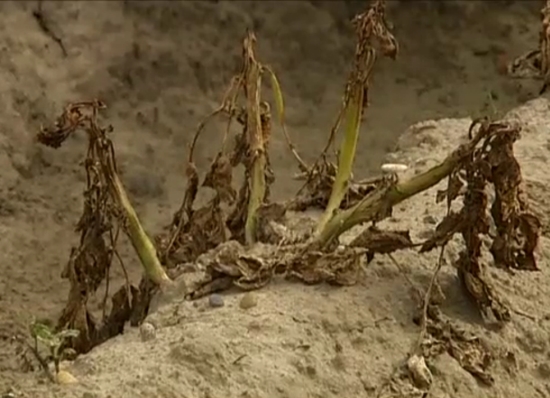 The reference potato plants - susceptible to late blight - are totally destroyed by Phytophthora infestans in the field experiment in Wetteren, Belgium.
(Courtesy: VRT)

The field trials in the Netherlands and Belgium have shown that the tested genes each have a different contribution to the resistance, but that in the end only a stack of several genes provides a good resistance. The resistance gene coming from Solanum venturii had the highest individual contribution to the resistance in field trials, but the best result came eventually from the plants carrying a combination of resistance genes from Solanum venturii, Solanum stoloniferum and Solanum bulbocastanum.

Resistance genes can be introduced in several ways. Classical breeding is complex and time-consuming. The technique of genetic engineering can provide a solution here: with this technique, several natural resistance genes can be simultaneously introduced into a potato variety, in a quick and efficient manner. Moreover, this is possible without a loss of important variety characteristics. A Bintje made resistant in this way still remains a Bintje.

Both in the Netherlands and Flanders the research on the development of potatoes with a sustainable resistance against Phytophthora continues, building on the results of the field trials.

Ghent University, VIB and ILVO work together to develop a durable resistant ‘Bintje’ potato. The Bintje is still very popular because of its taste and processing qualities. Bintje is very sensitive to Phytophthora. A resistant Bintje would therefore be very welcome in our country. Ghent University and VIB ILVO hope to run the first field trials in 2017 or 2018.

The Belgian potato-producing and potato processing sector follow this research with great interest.

Ghent University (Universiteit Gent, UGent) is one of the major Belgian universities in the Dutch-speaking region of Europe.

‘To explore the potential of nature to improve the quality of life’ is the mission of Wageningen UR. A staff of 6,500 and 10,000 students from over 100 countries work everywhere around the world in the domain of healthy food and living environment for governments and the business community-at-large.
Potato varieties mentioned