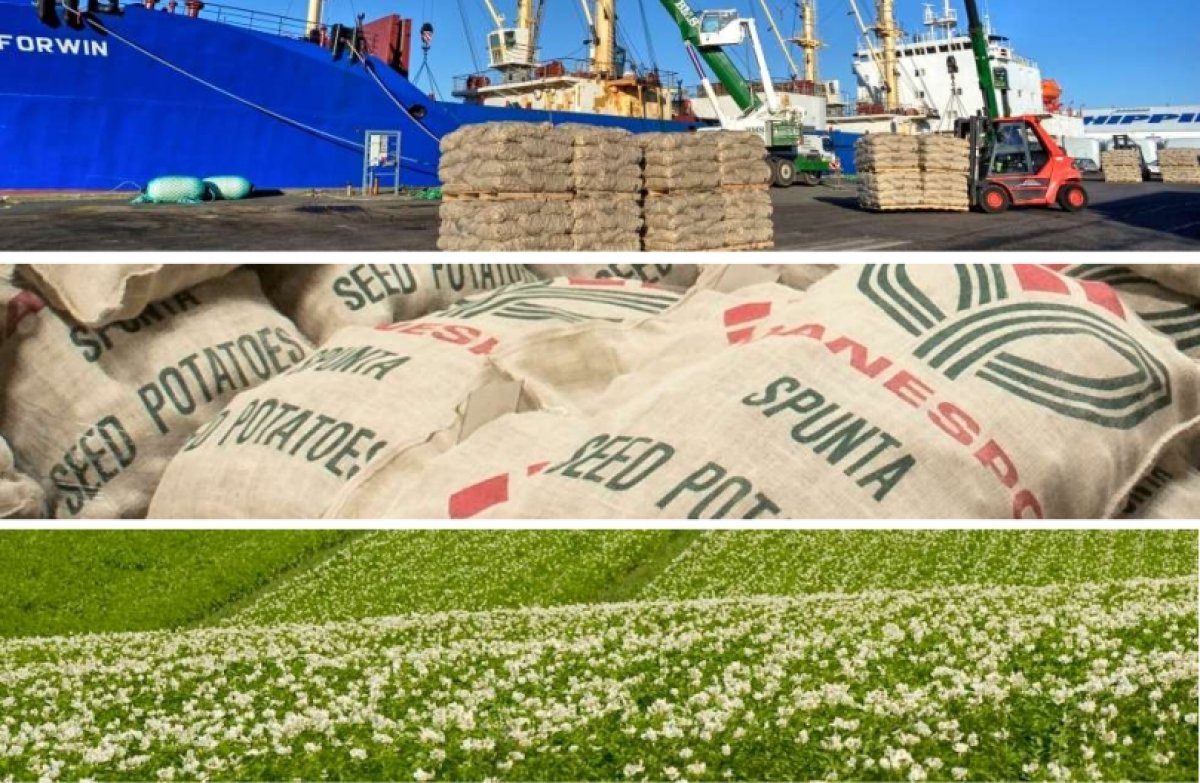 Danespo is the leading company in Northern Europe in the field of breeding, producing and selling quality ware and seed potatoes. Danespo exports to more than 40 countries worldwide and specialises in sales to professional potato growers. 80% of the seed potatoes are sold in export markets in North Africa, the Middle East and Europe.

DLF Seeds A/S and Florimond Desprez are starting a new partnership as shareholders in Danespo A/S.

Florimond Desprez has acquired 49% of the shares in Danespo from DLG, thus entering into an equal partnership with DLF who owns another 49% of the shares. The remaining 2% are owned by growers and employees.

Danespo is the leading company in Northern Europe in the field of breeding, producing and selling quality ware and seed potatoes. Danespo exports to more than 40 countries worldwide and specialises in sales to professional potato growers. 80% of the seed potatoes are sold in export markets in North Africa, the Middle East and Europe. In Denmark and Scandinavia, potatoes to the consumer market are sold under the strong brand, Danespo Food. Danespo has subsidiaries in Germany, the Netherlands and France.

In 2014, Florimond Desprez entered the seed potatoes industry with the acquisition of Germicopa, a leading French potato company located in Bretany and a global leader in potato varieties with firm flesh. Germicopa is highly engaged in potato breeding, production and sales.

“Entering into this partnership confirms Florimond Desprez’s commitment to become an important player within the seed potatoes industry.”

“Joining forces with DLF enables our potato business to reach the critical size required to compete with the sector’s leading players.”

“DLF and Florimond Desprez share the same vision of the seed industry. Together with the common entrepreneurship culture of Danespo and Germicopa, it lays strong foundations for a successful collaboration. We are looking forward to developing this partnership which will strengthen Danespo’s position in plant breeding, production, sales and marketing.”

“The partnership between DLF and Florimond Desprez highlights the value, synergies and opportunities in our potato business”

“Both DLF and Florimond Desprez have established strong platforms in the seed market. The two potato businesses, Germicopa and Danespo, complement each other well, and we look forward to developing our cooperation.”

Florimond Desprez is an independent family-owned company founded in northern France in 1830. Today, the company has a strong position as one of the global market leaders in sugar beet and is one of the leading European plant breeders with strong breeding programs in sugar and fodder beets, cereals and protein crops, such as peas and alfalfa. Varieties bred by Florimond Desprez are cropped in 65 countries. The 938 employees are placed in 16 countries. Florimond Desprez has a revenue of 230 M€.

DLF is the global market leader in the grass seed industry with 800 employees in 13 countries. The company has a worldwide breeding network as well as production and sales of clover and grass seed to more than 80 countries worldwide. Co-owner of Danespo since 1996. Owned by 3.500 Danish farmers. The DLF group has a revenue of 454 M€.
Source
Florimond Desprez
Related Companies
Danespo A/S
DANESPO A/S is the leading company in the field of breeding and producing quality seed and ware potatoes in Northern Europe.
Read More
Germicopa (Société Germicopa SAS)
Germicopa is the largest potato breeder in France
Read More
Related Topics
Potato Supply chain
Potato Cultivation
Potato Varieties and Seed
Mergers and Acquisitions
Highlighted Company