How should the next Potato Europe be organised? 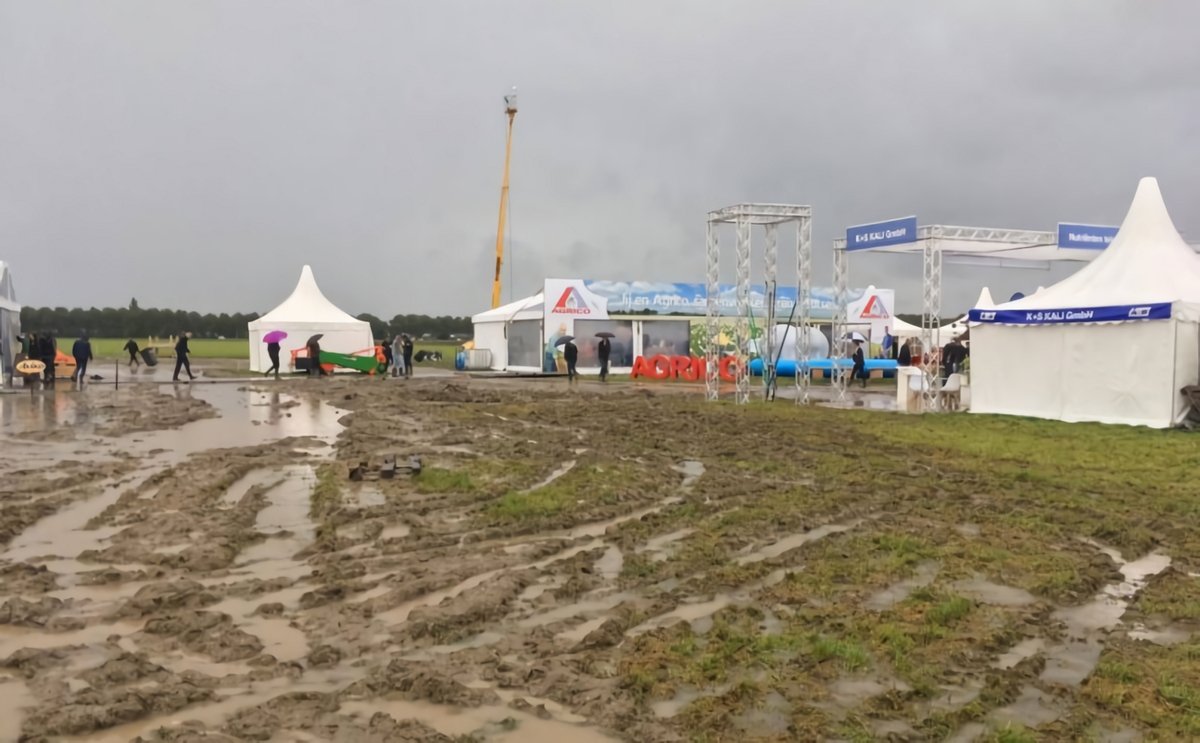 Despite the cancellation of the first day of Potato Europe (Wednesday) and the less then perfect weather on Thursday, the 270 exhibitors were able to welcome around 10,000 visitors, just on the Thursday (Courtesy: Rabobank)

For the second time in a row, the Potato Europe fair in Emmeloord, the Netherlands, has fallen through.

And the consequences were extreme this year as the first day of the fair was cancelled. Now that everything has settled down again a bit, we look back with some of the exhibitors and people involved. And we look ahead, because what is going to happen in coming years?

“Responses are varied. One exhibitor had a fine fair day, others were affected more by the difficult circumstances.”

“Fortunately it was still a fair with substance, filled with innovations and lectures, and not just inconveniences.”

“We have many conversations still planned for the coming time. We have four years to plan the next Potato Europe in Emmeloord. The editions in Germany, Belgium and France are set to happen first.”

“We will not make any hasty decisions right now. But I can say we’ll take every option handed to us. We’re starting with a clean slate, and won’t rule anything out in advance.”

The mayor of Dronten, Aat de Jonge, hinted on social media at moving to a site 30 kilometres further south during the fair.

“Near Walibi, the only truly dry expo site in Flevoland, we would have enough space for more fairs and expositions.”

“We have a beautiful event site available nearby. At the time of the Potato Europe, a green technique fair was held here, and it went off without a hitch!” 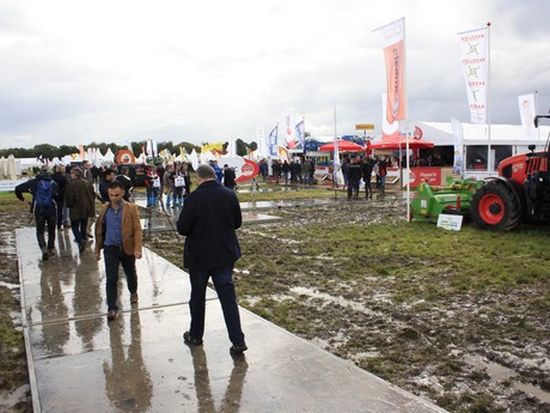 “The organisation should really consider how to set up and organise the fair. I don’t want to promote Walibi right now, but we must start looking for a place that’s suitable.”

“Of course you can’t control the weather, but the current location in Emmeloord is not satisfactory. I’ve heard the explanations of the organisation, but they just don’t understand.”

“The entire world comes to the Netherlands for the Potato Europe, and we cut a very sorry figure indeed. It doesn’t help that the organisation of the various editions is done by various parties.”

“That’s why I’m calling for working together and finding a good fair location. It would benefit the entire potato world.”

Despite the setback the fair had to deal with, Waterman Onions looks back on their participation of the Potato Europe fair with satisfaction.

“It was a shame the fair was cancelled on Wednesday.”

“But we had an excellent fair day on Thursday.”

The bad weather undoubtedly helped get people inside, but Waterman Onions also can’t complain about interest in the morning, when conditions were still good.

“Besides growers enjoying meeting the people from Waterman Onions personally, they’re naturally also curious about our view and expectations of the market. These moments of contact are very valuable to us.”

“We had growers from all four corners of the Netherlands visiting our stand; from the north of Groningen to Belgium.”

“Besides maintaining current relationships, the fair also resulted in quite a number of useful new contacts. We’ll join the party again in four years.”

For Stefan Delmeire from Belgian potato breeding station Binst Breeding & Selection, it is definitely not a foregone conclusion.

“If you were to consider the latest Potato Europe as the report card of one of your children, it would get a fail mark.”

“The question then to put to your children is what are they going to do about it. Should we invest in a fair with no guarantees and the risk of one or more days being cancelled?.”

“In the travel world there’s such a thing as cancellation insurance, perhaps that could also be an idea for the world of fairs?” 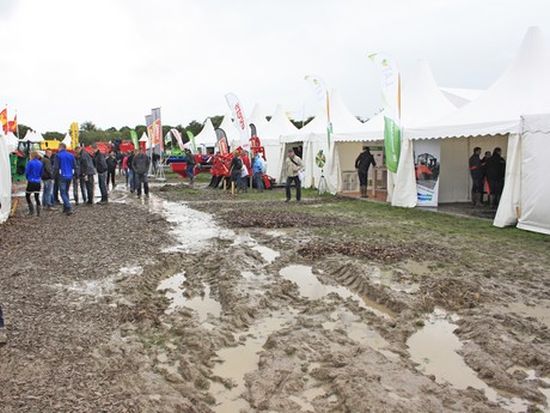 “An open-air fair might seem fantastic in an ideal world, but can easily fall through in September. For me, this doesn’t specifically concern the fair in Emmeloord, because this could happen at any of the four locations. Unfortunately, it was the second time in a row for Emmeloord.”

“I personally wonder if the grubbing up demonstrations at the same site add anything to the event. Perhaps the organisation could consider organising these a few kilometres down the road, so that the fair site doesn’t become such a battlefield.”

“According to statements from some of the farmers, they see more value in Interpom and Agritechnica to calmly analyse the supply of machines.”

“Besides, not all of the problems can be attributed to flooding. Even without the weather extremes, the entry and exit directions on access roads would have been problematic again. Fortunately, Belgium has good traffic jam medication to keep nerves in check.”

“I personally think the geographic location of Emmeloord is the best of the four locations, on the condition that investments are made.”

“The other three locations are definitely debatable regarding accessibility from the airports and available accommodation facilities. I hope the events of this year will result in a number of conversations among the coordinating organisation and some of the most important exhibitors, but apparently the event isn’t organised by the same club in every country.”

“As a Belgian, I know such a construction isn’t always beneficial, in fact, it’s quite the contrary!”