Biosecurity New Zealand is working with Potatoes New Zealand to respond to a detection of Potato mop-top virus (PMTV) in potato tubers in Canterbury.

“Potato mop-top virus is a crop disease which, if found to be wide-spread, could cause some productivity issues for growers.”

“It is a notifiable and unwanted organism in New Zealand under the Biosecurity Act.”

Mr Yard says to date, potato tubers from two properties in the Canterbury region have tested positive for the virus. Further sampling is under way in the region.

“This is the first time the virus has been found in New Zealand, however it is common in other countries.” 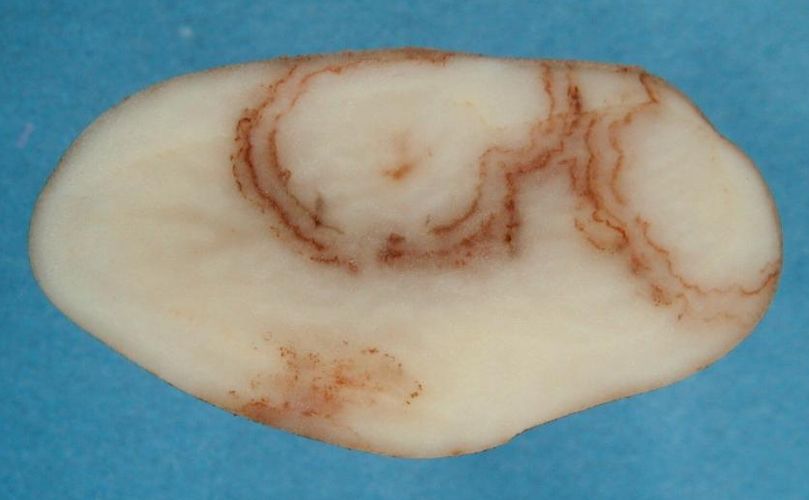 PMTV can lead to a very significant loss in the yield of potatoes. For example, a study conducted on Scottish seed potatoes showed a yield reduction as great as 67%. The virus also causes spraing and necrosis in the flesh of tubers. These symptoms are mainly morphological defects that yield unaesthetic potatoes which face commercial rejection from processors and packers.

PMTV is widespread in parts of both North and South America, and can remain alive for up to 18 years in soil within spores or in host plants. It has also been found in parts of Europe, especially in Scandinavia.

Visual inspection of plants or tubers may be inconclusive for PMTV because the symptoms are similar to responses caused by other viruses or physiological conditions. In addition, foliar and tuber symptoms may not be present. The most reliable methods for accurately determining the presence of PMTV include: isolation of the virus using soil and bait plant methods, and detection through the use of indicator plants.

Generally any control measure against powdery scab will also help to control PMTV e.g. using resistant varieties, long rotations, clean seed on clean land and promoting good drainage. In the absence of the vector, transmission from mother to daughter tubers is, depending on variety and conditions, incomplete, and so is self eliminating. Together with roguing of symptomatic plants the infection can be eliminated from stocks in a few generations.
Potatoes New Zealand chief executive, Chris Claridge, says the affected potatoes are from the Innovator variety, which are only used for french fries.

“The industry is working closely with Biosecurity New Zealand to learn more about the virus, the impact it could have on growers, and to stop any risk of spread.”

“We will then consider if it is possible to eradicate it, or whether we will need to work with growers to manage its impact over the long term.”

The Innovator variety of potato was last imported as germplasm into New Zealand in July 2011. 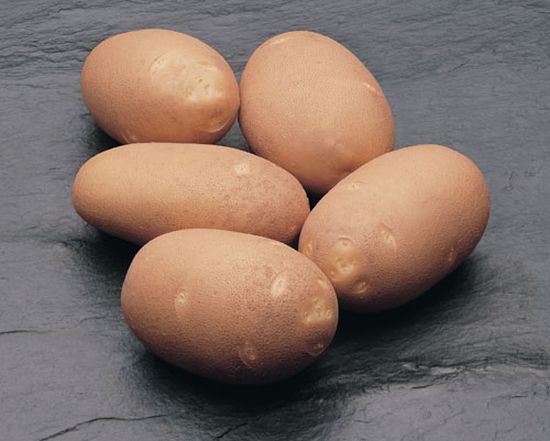 Innovator is a russet type potato with shallow eyes and cream coloured flesh. High resistance to cyst nematodes, wart disease, leaf and tuber blight. Innovator is an excellent variety for boiling, baking and French frying. Innovator has a remarkably good flavour. The ability to recondition from long term storage makes this an ideal variety for processors. (Courtesy: HZPC)

Affected potatoes can display symptoms including distortions to the skin, deep cracking, and rust-coloured arcs, streaks or flecks in the tuber flesh.