The Colorado potato beetle is notorious for its role in starting the pesticide industry - and for its ability to resist the insecticides developed to stop it.

To better understand this tenacious pest, a team of scientists led by University of Wisconsin–Madison entomologist Sean Schoville sequenced the beetle’s genome, probing its genes for clues to its surprising adaptability to new environments and insecticides.

The new information sheds light on how this insect jumps to new plant hosts and handles toxins, and it will help researchers explore more ways to control the beetle. 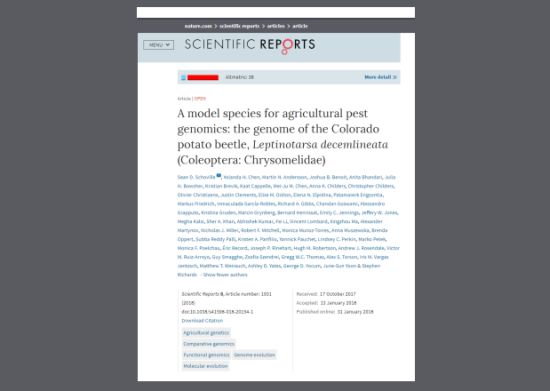 Schoville and colleagues from 33 other institutes and universities report their findings in the Jan. 31, 2018 issue of Scientific Reports (Click image to access)

Schoville and colleagues from 33 other institutes and universities report their findings in the Jan. 31, 2018 issue of Scientific Reports.

The Colorado potato beetle’s rapid spread, hardiness, and recognizable tiger-like stripes have caught global attention since it began infesting potatoes in the 1800s.

The beetle was investigated as a potential agricultural weapon by Germany in the 1940s and its postwar spread into the Soviet bloc stoked an anti-American propaganda campaign to pin the invasion on outsiders. More benignly, it has been featured on many countries’ stamps and is used in classrooms to educate about insect lifecycles.

But it’s the beetle’s ability to rapidly develop resistance to insecticides and to spread to climates previously thought inhospitable that has fascinated and frustrated entomologists for decades. 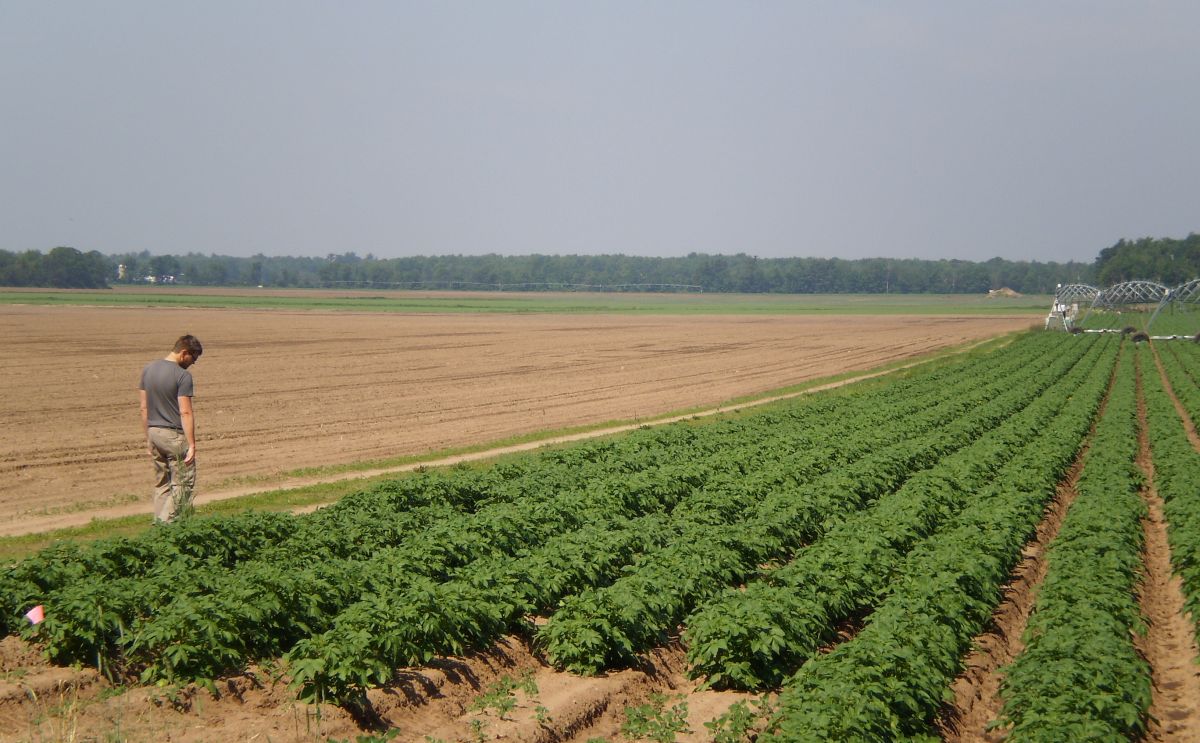 “All that effort of trying to develop new insecticides is just blown out of the water by a pest like this that can just very quickly overcome it.”

“That poses a challenge for potato growers and for the agricultural entomologists trying to manage it.”

“And it’s just fascinating from an evolutionary perspective.”

Within the beetle’s genome, Schoville’s team found a diverse and large array of genes used for digesting plant proteins, helping the beetle thrive on its hosts. The beetle also had an expanded number of genes for sensing bitter tastes, likely because of their preference for the bitter nightshade family of plants, of which potatoes are a member.

But when it came to the pest’s infamous ability to overcome insecticides, the researchers were surprised to find that the Colorado potato beetle’s genome looked much like those of its less-hardy cousins. The team did not find new resistance-related genes to explain the insect’s tenaciousness.

“So this is what’s interesting - it wasn’t by diversifying their genome, adding new genes, that would explain rapid pesticide evolution.”

“So it leaves us with a whole bunch of new questions to pursue how that works.”

Schoville and his collaborators see their research as a resource for the diverse group of scientists studying how to control the beetle as well as its life history and evolution.

Yolanda Chen, a professor at the University of Vermont and another leader of the beetle genome effort:

“What this genome will do is enable us to ask all sorts of new questions around insects, why they’re pests and how they’ve evolved.”

“And that’s why we’re excited about it.”

German educational and propaganda posters warned about the kartoffelkäfer - the potato beetle - and tried to pin the invasion on Americans.

The genome did provide a clue to the beetle’s known sensitivity to an alternative control system, known as RNA interference, or RNAi for short. The nucleic acid RNA translates the genetic instructions from DNA into proteins, and RNAi uses gene-specific strands of RNA to interfere with and degrade those messages.

In the beetle, RNAi can be used to gum up its cellular machinery and act as a kind of insecticide. The Colorado potato beetle has an expanded RNAi processing pathway, meaning it could be particularly amenable to experimental RNAi control methods.

Schoville and Chen are now sequencing another 100 genomes of the Colorado potato beetle and its close relatives to continue investigating the hardiness and adaptability that have captured so many people’s attention for the past 150 years.
Source
University of Wisconsin
Related Companies
University of Wisconsin
The University of Wisconsin is involved in a range of potato related research programmes.
Read More
Related Topics
Potato Supply chain
Potato Defects and Diseases
Research
Colorado Potato Beetle
Highlighted Company

University of Wisconsin
Where