Higher potato prices are reported in various states of India (Punjab, West-Bengal), offering relief (Punjab) or even a windfall (West-Bengal) for farmers.

Higher potato prices are reported in various states of India (Punjab, West-Bengal), offering relief (Punjab) or even a windfall (West-Bengal) for farmers. 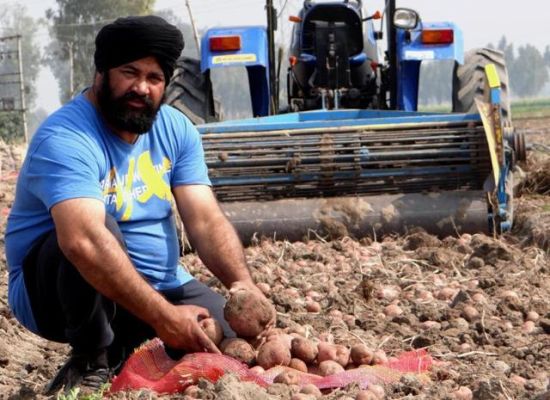 In some relief to the potato farmers in Punjab, who have been suffering losses for the past three years, prices of the crop have witnessed a marginal rise during this season following a decline in the production of the crop across the country, the Hindustan Times reports.

“The rise in prices has brought relief to the farmers, who were not getting adequate price for potatoes post-demonetisation, but the rate, which is varying from Rs 5 to Rs 7, was only enough to compensate the cost of production.”

Recently, many potato farmers in Punjab have been facing heavy losses. The past few years have witnessed surplus production of potatoes in the state and lack of buyers forced farmers to dump their crop on roads after a steep crash in prices.

As per information, production of one kilogram of potato costs a farmer ₹5 to ₹6 after including all the charges from seeding to labouring.

Satbir Singh, deputy director of horticulture department, said due to low production in Bengal and other states of the country, prices of potatoes are expected to rise in coming days due to rising demand of the crop in other states.

Jugraj Singh, another farmer, said before demonetisation, they had sold potatoes at not less than Rs 10 to 12.

“The government should regulate the prices.”

“Consumers are still getting potatoes at Rs 20 per kg, which the farmers have been selling at Rs 5 to Rs 6 only.”

Farmers said the commission agents are lifting their crop on credit.

“Commission agents come to buy the crop and make excuses that they don’t have money due to demonetisation and ask farmers to give them time of at least three months to pay for their lifted crop.” 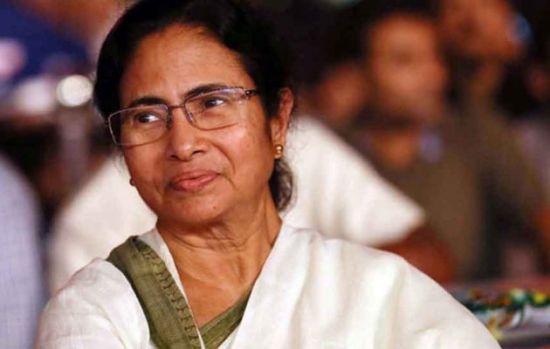 Chief Minister of Bengal, Mamata Banerjee
Potato Prices in West Bengal: All politics or a matter of supply and demand?

The Times of India reports a price increase at retail in West-Bengal of Rs 5 per kilogram compared to last year. Experts tracking the price movement of potatoes say the possibility of a slide in the rates seems thin. Instead, it is likely to stay high for at least the next five months because Bengal has optimal yield this year and it didn’t turn out to be a bumper crop that often pulls down the price.

A survey of the city markets — Gariahat market, Lake market and Maniktala market — on Wednesday shows the tuber prices vary between Rs 14 and Rs 16 a kg, depending on the variety, S1, Jyoti and Chandramukhi.

But farmers have made a killing this time, the best in the last eight years, with farm prices at Tarakeswar going Rs 8-9 a kg on Monday, at least 2.5 times more than the Rs 3.30-Rs 3.60 a kg rate last year. Accordingly, the wholesale prices stood at Rs 500 for a packet for 50 kg, which comes down to Rs 10 a kg.

The surge in potato prices has an economics and perhaps a dose of politics behind it. The untimely rain after the onset of winter took its toll on production, bringing the yield down to 100 lakh ton, 15 lakh ton less than 115 lakh ton last year. Moreover, 90% of the state’s aggregate storage capacity was full by Monday. Traders collected potato packets from farms early.

According to the agriculture department, the state consumes 5 lakh ton potato a month, the annual consumption being 60 lakh ton. Of the 100 lakh ton yield, about 63 lakh ton have already reached the 453 cold storages in the state, leaving about 20 lakh ton in farms. A chunk of these potatoes may go outside Bengal to UP and Punjab

The other part is political. With the panchayat polls being round the corner, chief minister Mamata Banerjee is keen to see farmers get a good price. She is keeping a tab on the potato prices and farm prices.

But a cold storage owner doesn’t see the surge in potato prices as a reflection of demand and supply.

“Farm price for potato — Rs 500 for a 50kg packet — is arbitrary. It was fixed without going into the economics. The Trinamoolrun panchayats spread the rates ahead of the polls.”

“The production is optimal this year. There is a slump in supply from Punjab and UP that added to the overproduction problem last year.”

“Traders took the initiative to buy potatoes they couldn’t in 2017 after demonetisation.”